Grace Q & A: Is Grace only for people living in Sin? 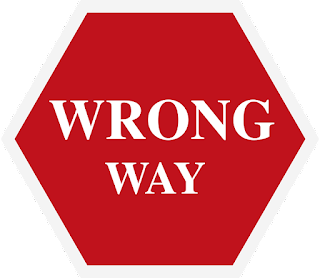 We've been in a study, getting back to the basics of Radical Grace, the Good News Gospel of Jesus Christ. We've seen that Grace removes condemnation from the believer. We've addressed the objection about too much emphasis on Grace, and answered the question about Radical Grace being a false teaching.

Today, I'd like to answer yet another question/objection about the teaching of God's Grace. A well-known minister who publicly opposes the Hyper-Grace Gospel stated that some are following the "message of Grace" because they struggle with sin. That they have an affinity for disobedience.

Some have even said Grace teaching is the soothing sedative making believers comfortable in their sins and pursuit of lusts. Is this an accurate statement? Is it true that people are only attracted to good news because they want to live loose and free from any moral restraint?

In truth, there are only two responses to these accusations I feel are appropriate. One is obvious. Myself nor any other person can ever determine anyone else's motives or desires that aren't fully made known. I can't know every person's possible motivation as to why they are drawn to hear Grace.

Have people come to Grace awareness because they were looking for a "license to sin?" It's entirely possible. However, that doesn't malign or slander the truth of Grace. I have known of people who only came to church to meet somebody with the hope of dating that person. Their motives weren't the purest. Yet, in the midst of that, they heard the Gospel and their lives were never the same. When anyone regardless of motive hears Grace long enough, they will encounter the person of Grace and transformation is inevitable.

The second response to the accusation is one of astonishment. It astonishes me to see their spiritual pride on display. What they are implying by saying Radical Grace is only for those struggling with sin is that they, themselves are faultless, walking in perfection and "got this" holiness thing working. That their works program, their self-efforts and spiritual disciplines and personal achievements have brought them to a place of mastery over sin and habits.

Are they indeed walking in freedom? While they may not manifest sinful habits, these desires are still active within. They must work their programs, have constant supervision in order to never slip. What others do in these types of ministries is just hide their sins better and put on masks in front of others. They engage in a facade of "holiness" all the while struggling and never allowed to admit their failures.
Good News Grace is for All of Us!
The truth is Grace is for all of us. Grace isn't merely the entry point of the faith and then after receiving Christ our efforts, performance and achievements are what matters most. No, thank God, it's Grace from start to finish.

Just this past week, I heard a testimony of one who was in captivity to a destructive sinful habit. This habit brought with it a pattern that altered their life and led them further and further into darkness. It decimated their life, ruined their marriage and even caused them to lose a ministry. No denying sin has consequences and will take you further than you want to go and cost you more than you want to pay.

All the while listening to the story and seeing how God turned their life around, I was looking for God's Grace. Yes, they saw restoration but what about their life in the midst of their sin? Not once did the testimony include how God saw them in their mess and reminded them how much He loved them. How even though they were in this terrible behavior pattern, He was still for them and not mad at them. Sure He was displeased in the behavior and actions, but He wasn't disappointed in them as His child, whom He dearly loved.

The basic message was you need more accountability and transparency in your life. You need not isolate yourself. While that is all true, where is Grace?

Could they have openly shared in the early stages of the sinful habit their struggles? Would slander, gossip, looks of shame and disapproval, be the prevailing atmosphere? Too often this is the environment of most ministries and churches. As soon as someone falls or fails, we are quick to contact other believers, "Can you believe what so and so did?"

The atmosphere of ministry should be one void of all shame and disappointment. Instead of the ministry of disapproval, disavowing, disowning, how about the ministry of reconciliation? While adultery and other similar sins that harm others shouldn't be condoned or celebrated and even though there will be obvious consequences for these behaviors, we should always look for ways to bring restoration and reconciliation to all involved, ministry is designed to bring wholeness not brokenness.

Religious tradition, the ministry of condemnation, believes sin is greater than Grace. That Grace has an expiration date. That our actions and choices can negate and nullify His Grace in our life. That behavior is our savior, not Jesus.

Some even see sin as some barrier too great for even God to move through. Some believe as kryptonite is to Superman, so sin is to God. That God sees our sins, our habits, our struggles and immediately flees from us. He's "hands-off" far removed from us until we get "clean" again. The Good News of Grace has a far better report than tradition.

No matter how long you've struggled. No matter how often you fail. No matter the time that has passed living with the addiction, the habit, or the bondage. No matter how far you've fallen. Know God has never turned His back on you. Know God the Father is not looking down upon you with disgust or contempt. Know God isn't above you with arms folded in disappointment and disdain towards you. Grace is all the time shouting, I am for you, not against you! I have so much better for you! My plans for you haven't changed! I love you whether you fail or overcome!

6 I pray with great faith for you, because I’m fully convinced that the One who began this glorious expression of grace in your lives will faithfully continue the process of maturing you through your union with Him and will complete it at the unveiling of our Lord Jesus Christ! Philippians 1:6 TPT

In summation, Grace is greater than sin. Grace received produces an empowerment that propels us passed our addictions and habits. Grace, the divine influence upon our hearts, works in new desires that effortlessly removes the old, sinful desires.