Another Mistaken Idea: Tongues were merely for evangelizing in foreign languages 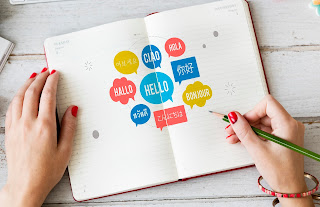 For the one speaking in a tongue speaks not to men but to God; indeed, no one understands him, yet he is speaking mysteries by the Spirit. 1 Corinthians 14:2 Mounce

When it comes to praying in the Spirit or speaking with tongues, a major mistaken idea has formed in light of the tradition of men. Traditional religion, in a vain effort to conceal their unbelief, has perpetrated an absurd idea concerning evangelism and tongues. This mistaken idea allows and gives credence to a powerless, faithless Christian expression.

When the Spirit came on the day of Pentecost, He ushered in a new way of living, a new expression of power and praise, and a more personal intimacy between the Father and His Family. With His coming, Jesus began baptizing believers in the Spirit. The timid become bold. The weak triumphant in Christ.

The Church was also given Grace gifts to confirm the Word. With all these amazing gifts and benefits, tradition found a way to make the Word of no effect in the lives of believers. Tradition says tongues and the fullness of the Spirit are not for today because they have served their purpose.

Tradition's mistaken idea is that speaking with tongues was merely for evangelizing in foreign lands. They cite a mere portion of the events of the day of Pentecost when the Spirit was poured out. They've lifted the verses out of full context in Acts 2 to prove this absurdity.

Looking at the full events of Acts 2 we can see how mistaken this idea is. The idea is that since the Jews gathered from all nations in Jerusalem at this time heard the believers speaking tongues in their own languages, thus eventually getting saved. This means tongues were merely about the Apostles being gifted to preach to foreigners. Actually reading the second chapter of Acts clearly refutes this.

And they were all filled with the Holy Spirit and began to speak with other tongues, as the Spirit gave them utterance. Acts 2:4 NKJV

If tongues were merely about evangelism, who were the 120 preaching to in the upper room? Each other? Was Peter preaching to John to get saved? Was Andrew preaching to Mary to trust in Christ? Also, why would they be speaking in a foreign language when they all spoke the same language?

When Peter preached to the multitudes he didn't speak in tongues to share the Gospel. Clearly, he didn't speak some thirty dialects all at once, that's impossible. He spoke in his native Hebrew, remember all those gathered were also Jews, the diaspora Jews so they would know Hebrew, and there would be no need to "speak in tongues to preach the Gospel."

Let's go further in debunking this absurd claim. Look at Acts 10 and the account of the Baptism in the Spirit and tongues there.

44 While Peter was still speaking these words, the Holy Spirit fell upon all those who heard the word. 45 And those of the circumcision who believed were astonished, as many as came with Peter, because the gift of the Holy Spirit had been poured out on the Gentiles also. 46 For they heard them speak with tongues and magnify God. Acts 10:44-46 NKJV

Again the mistaken idea is that speaking with tongues was merely for the purpose of evangelizing to foreigners. You can't get more foreign than Cornelius. He was Italian and Peter was Hebrew.
So what happened here? Peter was preaching to Cornelius' household in his known tongue. Suddenly, the Spirit falls upon Cornelius' household and they get filled with the Spirit and speak with tongues.

So who was Cornelius preaching to? Peter? Peter needed to get saved? I trust you're tracking with me and seeing how absurd this mistaken idea truly is.

You can see further proof in Acts 19 when Paul laid hands on the Ephesian disciples. This mistaken idea is clearly debunked when we stay with God's Word and simply read it. Tradition and the Word don't mix.

Tradition forms and formulates ideas based on man's experience and a mere scanning over the Bible instead of actually reading it. Tradition shields itself within these mistaken ideas. It provides blinders so as not to see its weakness, its lack of power, and its Faithless condition.

Tongues are supernatural gifting of Grace to build up the believer. To provide greater intimacy in prayer. Are the number one source for receiving wisdom and clarity in our daily life. Tongues provide the believer with rest and refreshing in a weary world.

In summation, stay with God and His Word. His Word debunks the traditions of men. His Word is Truth and the final authority. His Grace supplies all we need to live in victory in this life. Don't neglect so great a gift as the Baptism in the Holy Spirit and the powerful prayer language the Spirit gives. It's because of Grace, and it's for you!
Image by Trid India from Pixabay
Posted by John W Reed at 15:21 No comments:

Beyond the Upper Room 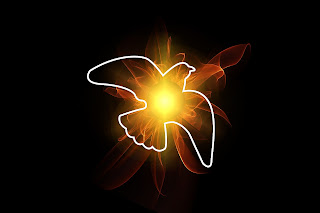 For he who speaks in an unknown tongue does not speak to men, but to God. For no one understands him, although in the spirit, he speaks mysteries... I desire that you all speak in tongues... 1 Corinthians 14:2, 5a MEV

This blog site is designed to be a resource for Christians to grow in Faith and Grace. The entirety of the articles/studies are all rooted and grounded upon the foundation of the Finished Work, The Gospel of Grace. On this site, one will find studies, or lessons on a variety of topics pertaining to the victorious Christian life. Healing, prosperity, Faith, eternal security, our Righteousness in Christ, and tackling religious traditions of men. There is another topic of study that is of vital importance in living successfully.

This is the understanding of the power of the Holy Spirit working in our lives. This is not without much controversy in the Body of Christ. As I have stated previously, it seems the three most controversial topics in Christian circles are the three Ts. Tongues, tithes and end-times.

Since I am unafraid of controversy I will follow the leading of the Spirit and begin discussing the wonderful Grace gift of Tongues. When addressing Tongues, it's best sometimes to allow the ignorant and unbelieving to stay ignorant and unbelieving. It's good to present the Good News of this Grace gift and those who desire will respond and receive all God has for them.

We must first understand Tongues are for more than just the initial evidence of the Baptism in the Holy Ghost. This heavenly language is so much more than that. There are many benefits for praying in the Spirit. Great power and great understanding and insight are released within our spirits when we pray in the Spirit.

The Apostle Paul taught us the most on this beautiful prayer language we have been given through God's Grace. A powerful truth was revealed to us in Paul's Epistle to the Corinthians. He rightly divides a passage from Isaiah. Isaiah prophesied of the power of praying in the Spirit.

For with stammering lips and another tongue He will speak to this people, To whom He said, “This is the rest with which You may cause the weary to rest,” And, “This is the refreshing”; Yet they would not hear. Isaiah 28:11-12 NKJV

Praying in other tongues on a continual and consistent basis brings a refreshing that nothing in this world can produce or duplicate. This spiritual refreshing begins in our inward man and works its way completely toward our outward man. There exists no pill, no drug, no experience this world offers than can compare to the replenishing rest and refreshing realized through praying in the Spirit.

Praying in other tongues brings to us insight and wisdom. We live in a fractured and fragmented creation. Confusion, chaos, disorder and disaray surround us daily. Therefore it can become a challenge to make right decisions, good decisions, beneficial decisions in an upside down world. This is why it is vital to successful living to incorporate Tongues in our daily prayer life.

When we pray in tongues we are taking a step back from the world's way of doing and thinking. We are in a sense separating ourselves unto God. We are in divine communication with our Father and awaiting His wisdom, His insight, His truth.

Now some under tradition, which is in reality a cover for unbelief, will argue that simply praying in their native tongue will produce the same result. While it is true, we can pray for wisdom, God went out of His way to prove to us that there is a greater way to pray and receive wisdom and insight. And that greater way is to pray in the Spirit.

This world system is contrary to God and all His ways. Their idea of truth often runs contrary to what God has declared to be true. As people living in the world, we are continually bombarded with the world's propaganda if you will. They determine what is right and wrong. They determine what is truth and what is false. Again, so often their idea of truth and what is right contradicts what God has declared in His Word.

With all their voices in media, print, and entertainment we have to proverbially unplug from the noise around us and center our hearts and mind on what our Father has spoken about us and declared over us. Praying in tongues is the most effective way to accomplish this. Because praying in the Spirit is praying not from our head, that is our intellect, or the natural, but praying from our spirit, the inward man of the heart.

In summation, receive all God's Grace has brought us. Never mind tradition, the unbelief of man. Take all God has for you to live the victorious overcoming life. Step into the supernatural power of a loving Father who wants your best. Don't let the lies of the enemy and religion impede you saying tongues have ceased or are not for all believers. God is Good Father and no respecter of persons. His Grace gifts are for all His children. Receive the fullness of His Spirit and the beautiful accompanying divine prayer language. He's made you worthy to receive. Take it it's yours.

Image by Gerd Altmann from Pixabay