Grace Q & A: Is God really always pleased with us? 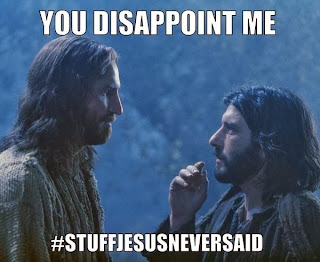 We've been in an ongoing study of The Good News Gospel of Christ Jesus. We've been getting back to the basics of the amazing Grace of God. We've addressed the objection of too much emphasis on Grace. We've looked at the truth that we are no longer under condemnation.

Today I sense the leading to answer another question that some have asked about Grace. In answering this question, we will allay yet another myth about Grace. Is God in fact always pleased with us? Is there a way we can be displeasing to God?

Before we answer the question fully, we must first ask ourselves something. Why is the concept that God is pleased with believers somehow controversial and even unsettling to some Christians? Is believing that our Father is well pleased with His children somehow diminishing to God's character?

Based solely on interviews given by certain religious leaders and their writings and sermons, the biggest objection to the concept that God is always pleased with His family seems to be that this view lessons God's moral standards. That He no longer brings correction.  He never bothers with instructing His people.

No correction under Grace?

The disconnect in the religious tradition-minded is that they don't fully understand true Biblical correction. Instruction is given out of love and not out of anger or disappointment. To illustrate, think back to when you first began instructing your children how to properly eat with a utensil.

When you instructed or corrected their use of the utensils were you angry? Were you berating them with harsh words until they got it right? Were you sore displeased in them when they didn't get it right? No, you love them and you took time to show them the correct way.

In a similar fashion, God's correction isn't harsh. He isn't angry at His Church! Sadly, some believers feel they didn't have a sincere church meeting unless the speaker reminded the people of how often they fall short and fail to measure up.

Some believers cling to a flawed concept, a faulty mindset, a wrong image within, that God, through the avenue of His Spirit is perpetually reminding believers of their sins, shortcomings, and failures. Is this the work of God? Is this the moving of His Spirit? God's Word would call this concept false.
12 For I will be merciful to their unrighteousness, and their sins and their lawless deeds I will remember no more.” Hebrews 8:12 NKJV

If He said by His Spirit that He would no longer remember our sins then why would His Spirit contradict the Scriptures and remind you of your sins? God isn't reminding you of your failures, that's the enemy and His condemnation and accusation attacks. Resist those fiery darts and stand strong in your righteousness in Christ.

What about correction though? If God's not bringing my sin to me why does He correct or instruct me? When God brings correction He reminds you of who you are and whose you are. Sin and shortcomings are an attack on your identity.

Look how Paul by the Spirit brought instruction and correction to those in Corinth, here and here. Be it strife and division, or even sexual immorality among the church, the correction was the same. He reminded them of who they were. He brought them back to their identity. In other words, the Spirit was saying, this isn't you.

"Who told you that?"

In Genesis, God asked this of Adam. This is how God corrects and instructs us. He wants us to be reminded of who we are. The World system, the flesh, (or thinking that isn't aligned with the truth of God), and the enemy try to tell you who you are. They call you addict. They call you immoral. They call you moocher. They call you a failure.

God looks at you and reminds you of who you are. He speaks to your identity. He speaks of the real you. He looks past the sin or misdeed and doesn't allow your actions to define you, but His Finished Work to define you. Allow God to tell you who you are not your poor choices, not any addictions or habits, not the defeated enemy satan but your Father who loves you unconditionally, eternally.

Is God always Pleased with us?

In fact, it is knowing and fully understanding that He is well pleased with us that brings victory over the enemy and temptation.
Look at Jesus' temptation in the wilderness, here. Look at the enemy's words to Jesus.

The temptation always includes an attack on identity. When you know you are always well pleasing to God the enemy's temptation loses its power. The strongholds are pulled down when we remember our identity.

Well, can't we bring our Father displeasure? We can, but not in the way that religious tradition thinks. Paul speaks of not being able to please God when we are operating from the flesh. In context, Romans 8  is speaking of operating out of the spirit. In other words, when we try to earn, strive, achieve to receive what only Grace provides that displeases God. We are minimizing the Finished Work and attempting to complete in the flesh (works that are done in our own strength) what is only begun and completed by the Spirit.

In summation, we are always His beloved children in whom He is well pleased. God isn't mad at anyone. He isn't in a bad mood. He actually likes you. Remember who you are and whose you are and rest in that and walk in victory.
Posted by John W Reed at 08:56

Thank you for the kind words and encouragement. God loves you and sees you righteous

So many people trying to use the knowledge being given to revert us back to legalism. Its a very easy deception to fall for and I almost fell for it again until I read this. This is the spirit of truth. Not legalism they wish to judge others thats why they want to bring legalism back.