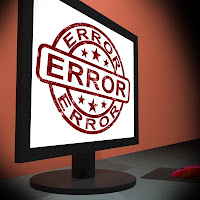 We've been in an ongoing study concerning the various opponents of Grace. Paul instructed us to stand fast in the liberty and freedom Christ and His Grace brings. If we are told to stand fast, then it stands to reason that there are opponents that we must resist.

We've exposed the many opponents of Grace over the past few weeks. We've seen how shame, fear, and tradition seek to get you off of Grace ground and back into a performance-based relationship with God. Today, I want to conclude this series of study by unveiling another opponent of Grace, pseudo-grace.

What is pseudo-grace? The word pseudo means something that is not the genuine, false, sham, a fake. Fake grace is a really down to Earth way of putting it. There are two sides to this opponent.

Pseudo or fake grace manifests itself in religious traditions of men. What do I mean by religious grace? Religious grace is that false grace that adopts the language of Grace but rejects and refuses to receive the revelation and reality of Grace.

Religious grace embraces the lingo but insists upon keeping their traditions central to all aspects of their walk with God. The mixing of Law and Grace, the blending of the Old and New Covenant is one sure way to easily recognize this opponent. Another subtle way this opponent arises is how they define Grace.

Allow me to elaborate briefly. How do you define the word airplane? Would you say oh, that's that winged structure that flies me from one destination to another? If you answered yes then you are incorrect. You defined what an airplane does not what it is. An airplane is a powered heavier-than-air aircraft with two fixed wings.

I hope you are tracking where I am going with this. I'm not giving a lesson on Airplane mechanics or vocabulary definitions. I wanted you to see how often we defined things by what they do and not what they are. This isn't detrimental to us per se, that is until we see how this applies to how we define Grace.

Religious grace defines Grace simply as an empowerment. As God using His ability on our ability. What's wrong with this? Because it leaves in place all the efforts, performance, and achievements tradition requires of us. It's just now we have God's empowerment to do all required of us. Many teach that we can keep the Law because we have His empowerment now.

This is a serious error. What they are doing is defining Grace by what it does and not what it is. Grace is God's unmerited and unearned favor. It is God stooping down to rescue lost humanity. What Grace does is produce an empowerment. Grace isn't an empowerment to keep the Old Covenant. It is an empowerment to follow God's plans and purposes for our lives. If you're interested I've devoted a whole article on religious grace, see here. 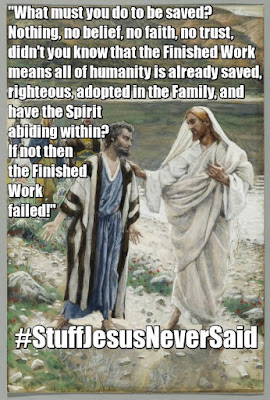 Pseudo-grace also entails the false teachings and errors that some are misled into following. Allow me to elaborate from "least to worst" if you will on these errors. It begins with simple misunderstandings of the scope of Grace and ends with the rejection of Bible truths.

Opinions:
Under Grace, it is ok to hold an opinion regardless of its popularity. Pseudo-grace gets offended and flees in terror if someone under Grace expresses a political stance, holds to an opinion contrary to the World's system or encourages others to vote their conscience and convictions in a general election. Grace is loving and respectful of others, but it is ok to have differences of opinions.

Emotions:
Under Grace, we abide in God's love and kindness towards us. Therefore Grace believers should be the most confident and stable people there are. Pseudo-grace on the other hands exalts emotions and feelings over reason and all else and produces some of the weakest, unconfident, emotionally unstable believers in the Church.
If you dare disagree with their viewpoint on a subject or offer correction in love to an area of their life they have a meltdown and run and hide and claim they are being persecuted and that other believers are just haughty or arrogant.

Unity:
Through Grace, we walk in love and unity with our brothers and sisters in Christ. Our unity, however, is rooted in Jesus and the truth of who He is and what He has accomplished in the Finished Work. Sadly, pseudo-grace in the name of love and unity impresses believers and ministers to align themselves with Universalists and those proclaiming inclusion and denying the existence of Hell. When we align ourselves with false teachers we unwittingly endorse their views.
If this fellowship is sincerely about love, why I have yet to see pseudo-grace endorse unity or fellowship with those preaching Law or tradition? Paul the Apostle, never aligned or sought unity with the Legalists perverting the Gospel for the sake of unity. In fact, he called out false teachers and even rebuked Peter for aligning with those perverting the Gospel. Sadly, ministries who are misled by pseudo-grace to align with false teachings have folded and churches have closed their doors.

Sin:
Grace frees us from sinful habits. Grace leads us out of sin. Christ and His Grace brings a change of mind on how we view sin. We now see it as wrong and detrimental to our lives. Pseudo-grace sees sin as no real issue. Meaning, sin is ok. It is of no consequence or even an issue if people in the church are engaging in sexual immorality or adultery. Pseudo-grace says we are loved so let's not talk about sin. In order to be more accepted and popular, it embraces the World's definition of what is right and rejects what the Word defines as sin.
The reality is Grace says love your neighbor, that includes your gay, Buddhist, Muslim, Atheist neighbor. This is true. Grace loves its neighbor in their sin but Grace doesn't celebrate their sin. Grace doesn't conform to the World's system definition of right and wrong. Grace doesn't mean that every action is good and permissible and beneficial. Sin is real and it's offers nothing but sadness and misery. Grace provides the way out, not the way in.

Universalism, Trinitarian Theology inclusion, inclusionism,
denying eternal judgment-existence of Hell:
So many in an attempt to distance themselves from religious tradition and Law and Grace mixture have embraced the darkness. demons have offered a counterfeit to God's redemptive Finished Work and pseudo-grace readily accepts it.

Grace plainly and clearly reveals salvation isn't by our merits or achievements. It does reveal though that it is received by Grace through Faith. These aforementioned false teachings all say everyone is already saved or will be. They say Hell is not real. A loving God wouldn't send anyone there. They say all humanity is included. These are all lies from satan to diminish the preaching of the Gospel.
Is all humanity saved?
Jesus the Person of Grace said only those who believed would be saved and have eternal life, here and here.
Is all humanity righteous apart from personal faith?
No, Paul revealed it is a righteousness by faith, not an automatic righteousness, here.
Is all humanity forgiven of their sins or do they need to receive the forgiveness of their sins?
Jesus the person of Grace has the answer,
18 to open their eyes, in order to turn them from darkness to light, and from the power of Satan to God, that they may receive forgiveness of sins and an inheritance among those who are sanctified by faith in Me.’ Acts 26:18 NKJV
Though He is the propitiation for all sin mankind must still personally receive the forgiveness of their sins.
Does everyone have the Holy Spirit dwelling in them apart from faith?
The Word declares otherwise, see here. Paul after his conversion had hands laid upon him to receive the infilling of the Spirit. If its all automatic why go through this ritual? This again proves it's by personal faith that we receive, that we have the Spirit dwelling in us.
Is all humanity the children of God? Are all adopted into the Family of God apart from Faith?
1 John 3 reveals otherwise. It is by Faith we become children of God. This invitation is made available for all to receive. Grace doesn't force people to come to God.

What about Hell?
Hell is a real place but was designed for satan and not any man. God is a good God. He is a loving God. He is also a just God. A just God deals with evil. Would it be loving and just for the World not to have dealt with Hitler? When a lost soul by free will rejects Grace they are saying yes to the devil and freely choose to partake of his destiny. That's why we preach urgently to see people freed from darkness. The only thing that sends people to Hell is the rejection of His free gift of Grace.

This sums up the aspects of pseudo-grace. Legalistic, oppressive works oriented and viewing God as the harsh taskmaster. The flip side is the distant god that is of man's own imagination and has an anything-goes philosophy. The god who says there is no urgency to reach people, for nobody is lost anyway. Stay with the Word and pure Grace will always lead you in paths of righteousness, goodness, favor and God's perfect plan and purposes for your life.
Image courtesy of Stuart Miles at FreeDigitalPhotos.net