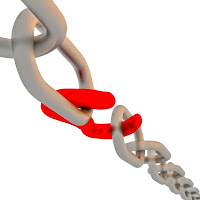 We've been in a study of the opponents of Grace. Paul admonished and instructed us to stand fast in the liberty which Christ made us free. If there was no opposition why the need to stand fast?

These opponents are often creeping in subtly. Slithering into our thought life cloaked in what appears to be a spiritual truth. A great example of this is the vicious enemy of insecurity.

Sadly, so many Christian organizations, denominations, and ministries embrace this enemy. A religious zeal without New Covenant knowledge and wisdom allows this enemy to flourish. Believers and ministers, in their crusade to usher the Church into a more "holy" walk and lifestyle strip away security in so many Christian's lives.

Let's define our terms so as to not miscommunicate. Insecurity, as defined by the dictionary, is to lack confidence, be deficient in assurance, uncertainty, unsafe, shaky, beset by fear and anxiety. Now that we have the full understanding of what we are referencing let me ask you this. Have you ever listened to a message, attended a Christian crusade, went to a church and afterward felt insecure as per the dictionary definition?

Have you ever left a Christian gathering feeling uncertain about your right standing before God? After a message felt deficient in the assurance of your salvation? While speaking with other Christians, ever felt beset by fear and anxiety about your relationship with God? Fear and anxiety about how He looked upon you and your estimation in His eyes? After listening to a particular Christian song or sermon did you suddenly lack the confidence to approach your Father?

If you answered yes, (if we are really honest, we know we've all felt like that at least once in our walk with God), then you have just dealt with the opponent of Grace insecurity. This enemy is so subtle it disguises itself as holiness, commitment, and deep spiritualness. Preachers fall for it and bring it in the Church and prop it up allowing it to bombard believers each time they darken the doors of the church house.

Grace, the Lord Jesus, defeated this enemy with His words of promise in John 6 and John 10. He not only spoke it, He fulfilled it in His Finished Work, Hebrews 9. The Lord Jesus Christ, the person of Grace, declared that He would lose no one that came to Him. That those who believed would never be lost or perish. That nothing or no one could remove us from His hands. The Finished Work revealed His perfect shed blood purchased our eternal salvation forever.

Sadly, many Christians reject this notion. According to them, we as Christians aren't guaranteed, Heaven. That Grace is merely the entryway into salvation. Afterwards, it is up to our performance and steadfast faith to complete what Grace started in us.


Their theme is He who began a good work in you expects you to complete it by your effort, performance, and spiritual disciplines. If you don't you're not assured of your eternal destination. Is this what Paul said?
6 I pray with great faith for you, because I’m fully convinced that the One who began this glorious expression of grace in your lives will faithfully continue the process of maturing you through your union with Him and will complete it at the unveiling of our Lord Jesus Christ! Philippians 1:6 TPT
. Letters from Heaven by the Apostle Paul (The Passion Translation) (p. 59). 5 Fold Media, LLC. Kindle Edition.

Paul reveals it is God who began the work and God through our union with Christ that will mature and complete the work. This is the good news. This is the truth that counters this opponent of insecurity.

Burned out? Stressed? Anxious? Fearful? Pause and take an inventory. Do a checkup from the neck up as they say. See if you bought the insecurity lie.

One great minister of the Gospel of Grace relayed a conversation he had with a German Psychiatrist. This Doctor told him that all the Christian patients he had come across that were suffering severe depression, anxiety, and other mental issues were those who had believed that they had committed the unpardonable sin. In other words, when the eternal security of their salvation was in question they began to lose their minds. When they thought they were hopelessly lost they began to suffer stress and unrest.

We can readily see the distress caused by this teaching of eternal insecurity and yet Ministers still insist on teaching it. I've seen a preacher tell their church at an altar call for salvation that at least 2/3rds of the congregation needed to be at the altar. Really? In the span of a few weeks over half your church have lost their salvation? Of course, the altars were packed and it looked really good for television. In reality, all the preacher did is strip away the assurance and security of the people's salvation.

One well-known opponent of Radical Grace teaching says we can still have security even when the teaching is salvation isn't eternally secure. He used the analogy of the airplane ride. The plane takes you to your destination and if you want to arrive your secure but you can jump out the plane anytime you want.

So our salvation then is still contingent upon us? Even in the natural, a plane has stewardesses that attend to you. They are there to assure you everything is ok. They deal with nervous passengers. They won't let you jump out the plane.

Think of it. If you as a sincerely born again believer, who possess a new heart and the very life and nature of God within you, would want to walk away where is that thought originating from? Certainly not your new heart. It's from your unrenewed mind being assaulted continually by the enemy. Is Grace not greater in scope and power than the enemy?

You want to uproot this enemy? You must continually meditate upon who you are in Christ and what His Finished Work accomplished for you and in you. You must see yourself as God sees you.
4 Even before he made the world, God loved us and chose us in Christ to be holy and without fault in his eyes. Ephesians 1:4 NLT
This is how Christ sees you. This is what Christ made you through the Finished Work. If we want to be in a relationship with God, to have free access to our God, to able to approach Him at all times we have to be holy and without blame eternally.

God is a Holy God. His very nature opposes sin and uncleanness. There is no sin or wrongdoing in Heaven. If we were not yet holy but still trying to attain it, we could never approach God until we "arrived" at this state of holiness. Thank God in the New Creation He already made us holy and blameless and flawless in God's eyes. That's why we can have perfect communion with God.

Christ in His Grace and goodness exchanged our old nature with His nature. He gave us His righteousness. Now we can stand before God without shame or guilt or insecurity or uncertainty. In God's sight, we stand perfectly accepted. We are forever forgiven, irrevocably righteous, possessing His righteousness. We are just as righteous as Jesus. We have been redeemed eternally. Our salvation is secure as long as Christ lives and He is the everlasting One.

In summation, reject those assurance robbing messages you hear from certain preachers. When you know how eternally secure you are in Christ's hands and God's hands you never need fear or worry or have uncertainty about your future. You never need to feel like your salvation is on shaky ground. Your salvation is resting on Jesus precious Blood and Finished Work, and He said it is Finished. You're eternally secure and insecurity can no longer rob you of your assurance and confidence before God because your salvation is based on Jesus work, perfect performance, and once for all time sacrifice.
Image courtesy of Stuart Miles at FreeDigitalPhotos.net
SaveSaveSaveSave
Posted by John W Reed at 11:00