The Suffering Question: Suffering and Sovereignty 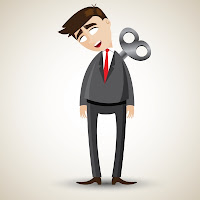 The Lord is good,A stronghold in the day of trouble; And He knows those who trust in Him.
Nahum 1:7 NKJV
Oh, taste and see that the Lord is good;
Blessed is the man who trusts in Him!
Psalm 34:8 NKJV


We've been in an ongoing study examining the suffering question. We are exploring human suffering in light of the Finished Work and God's Grace and all the time Goodness. So far we've seen God is not the author of sickness, disease or the one sending you trouble. We've looked closely at the concept of "hyper-control" that is, God, controlling and ordaining all events on Earth.

As of late, we've been on a journey through the book of Job. The reason being, whenever Christians begin discussing either human suffering or God's goodness the book of Job will be mentioned. You will hear Job mentioned even more if you speak of the God who heals and sets free and brings blessing and wholeness.

I want you to see from the New Covenant what we are to take away from the story of Job.
Behold, we count them happy which endure. Ye have heard of the patience of Job, and have seen the end of the Lord; that the Lord is very pitiful, and of tender mercy. James 5:11 KJV

In this passage, we are exhorted to look at the end of the Lord. How God was full of compassion and merciful. Interesting we are not told to focus on Job's suffering or why it even happened. We are told to look at God's compassion and Goodness.

Last week we looked at some of the theological debate between Job and the three "comforters." We saw that the main point of this long discourse between all these people was to reveal what man does when he tries to understand and interpret God in light of feelings and circumstance and rather the credible source of His eternal, infallible Word.

This week it seems good to address the discourse of Elihu and then see the end of the Lord. When studying Elihu we have some school of thought that says he was some divine spokesperson. That he was a prophet and even a type and shadow of Jesus. Then other schools think he was a young fellow who was just nobody to pay attention to.

I like what one minister said about him, the truth is somewhere in the middle. He couldn't be a spokesperson for God, a prophet, or a type of Jesus because if he was why did God basically interrupt him and address Job and all five generally? Some create these ideas because God is not recorded to have rebuked Elihu.

Does that mean all he said was right and proper? I refuse this view for one major reason. When we talk of Elihu we are merely speculating. Because the truth is we are arguing from a place of silence.

We can't with definitive certainty make claims about Elihu because the Word never speaks of why God didn't rebuke him. It also doesn't confirm that as Elihu claimed to be God's mouthpiece. What we can see is the entirety of his words or his arguments.

Look at the entirety of Elihu's words. Not a snippet. His whole discourse from Chapter 32 onward. It's not good to just take a portion here and there to argue what was said.

Elihu did make some right points about God. That God is just and doesn't necessarily afflict people. However, Elihu does promote a theology that is seen today in many religious quarters of the Church today. The idea that perhaps the suffering isn't because of your sin but because God is chastening you, that is teaching you and God can do this because He is sovereign and how dare we question God, the supreme ruler.

Elihu in light of the New Covenant does proclaim a performance-based faith. That God punishes us when we don't produce fruit. He claims if we obey and serve Him we will spend all our days in blessing but if we fall we will suffer for it. He teaches suffering is God's training method. That God with pain will chasten you.

Elihu's point is that God is God and you are not and who are we to question Him? What Elihu was right about is the fact that Job was questioning God's justice and righteousness. In other words, Job knew He hadn't sinned so why is God punishing him or putting him through so much he questioned.

Where all these people missed it by miles is the basic foundation of all the debate. The premise all five are operating on is this idea or concept that God is behind this suffering. That God was punishing Job for some sin. That God is testing and perfecting him through this suffering, that God is in charge and can do what He wants.

When God shows up, see His first words
“Who is this who darkens counselBy words without knowledge? Job 38:1 NKJV

What God did is remind all of us that all five were debating without full knowledge. What we also know is that Job had not sinned causing God to punish him for his sins.  We also know God wasn't exercising His sovereignty by killing Job's family and taking away his possessions. What do we know for certain?

What we know for certain is that God was not an agent in the suffering of Job. When God speaks He begins to reveal the existence of the wicked one, the enemy, satan.  He reveals the work of the enemy to Job.

In summation, God's sovereignty isn't an answer to why bad things happen. We live in this fallen fractured creation. God has given us His Word, His Spirit within, the whole armor of God, His great Grace, His goodness and mercy that follow us always and His Gifts to overcome in this world.

What we should take away from Job's life is the fact that Job didn't quit, and that God showed up in His love and all the time Goodness. God turned the captivity of Job. God gave him double for his trouble. God turned the tragic situations around and blessed and restored Job.

Why we are told to look to the end of the Lord in the New Covenant is because one, there can be no New Covenant Jobs. We have an intercessor, we have a mediator, we have the Finished Work of the Cross and God's Spirit within. Secondly, I believe the exhortation to look to the end of the Lord, is because God is showing us if He can turn around one of the most extreme cases of personal suffering humanity has seen, surely He can turn your situation around for you good. Because of this, we know God is with us always and therefore we can completely trust Him no matter what we're experiencing.
Image courtesy of iosphere at FreeDigitalPhotos.net
Posted by John W Reed at 21:12