The Suffering Question: God Why? Trials...Tragedies...Trauma....Triumph! 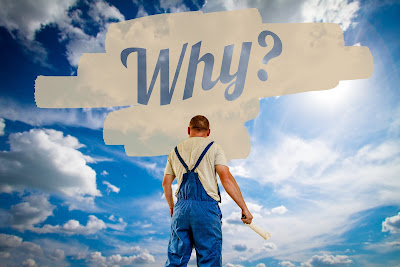 The Lord is good, A stronghold in the day of trouble; And He knows those who trust in Him.
Nahum 1:7 NKJV
Give thanks to the Lord, for he is good! His faithful love endures forever.
Psalm 107:1 NLT
8 The Lord is gracious, and full of compassion; slow to anger, and of great mercy. 9 The Lord is good to all: and his tender mercies are over all his works.

We've been in an extended study examining God's Love, mercy, and all the time Goodness in light of human suffering and tragedy. We've looked closely at God's role in the adversity, difficulty, and distresses we've all experienced in some form or fashion living in this fallen world. We've explored extensively God's Word on this subject.

In this series, we've seen God is always good no matter the circumstance. We've seen God post-Cross is not sending wrathful judgment on nations. We've seen the truth that God is not the author of our sickness or disease or our troubles. We've thoroughly examined Job and all the traditions birthed from it.

Today, I sense the leading to conclude this series by simply asking God why. More clearly stated, concluding this study by addressing the questioning of God many of us have done at some point in our walk with God. All of us have experienced things that we can't always understand. There are people who have gone through things and they can't make sense of it. What do we do in these times?

Listen, when the enemy can't convince you of your unworthiness, or unrighteousness, when he can't push you into accepting his accusations about your standing with God, he will immediately attempt to persuade you to accept accusations about God. He begins to accuse God to you. He tries his hardest to get you to accept his lies about the Father. He impugns God's Goodness, His justice, His will for you. He tries to get you to question God's faithfulness toward you.

He works to get you to accept religious lies about God;
"God's willing to heal some but not you."
"God's goodness and mercy only go so far."
"God's putting this on you to punish you."
"God brought this in your life to better you if you resist it you're rebelling against God."

Resist these tactics from the enemy. The Word promises when we resist the enemy he will flee. When the enemy comes in, like a flood the Spirit will lift up a standard against him. Rejoice the enemy is defeated.

Troubles of our own making

There are two aspects of this I want to address. First, if we are experiencing difficulties, sometimes we need to take a moment to see the source of the trouble. Sometimes just knowing the source affords us the opportunity to bring a quick end to the negative.

For instance, take the financial arena, now this isn't about condemning anyone but just about covering all our bases when it comes to answering the suffering question. Again, look at the financial arena. If struggles of insufficiency plague you ensure you're not living beyond your means. Ensure you're using wisdom in finances. Sometimes we can make poor choices and then see the result.

Now this works the same in all areas of life. Our health, our employment, our relationships, etc. It's not about guilt and shame ridden self-introspection either. It's about ensuring there isn't something you may be doing that is the cause of the trouble and seeing if there are ways to rectify it.

No! God is a Good Father! He sought after Peter after he denied Christ. He declared David was a man after His own heart. He said Abraham was the friend of God. All these men were imperfect vessels.

No matter the cause, God is always willing and ready to turn it around for your good. He is always there to turn a mess into a message of hope and deliverance. He's even ready to turn your sin into a win, turning what was darkness to light bringing redemption and wholeness and effecting change to all. He is our ever-present help in times of trouble.

Some would read this and think I am saying God is ok with our sins and wicked deeds. That we should sin so Grace may abound. If you don't get accused of this then you aren't preaching the Gospel that Paul preached. What I am saying is God is amazing in His Grace that He turns around even the most wicked situation and redeems everyone involve. For instance, we've seen well-known people, who were involved in criminal activity, sang music that uplifted self and wickedness, those who performed in pornographic films later in life give their life to Christ and due to their former notoriety, they have a larger platform to share their testimony. God indeed turned their sin into a win!


In the middle of the mystery

Now that we have settled the issue that God is good and only does good we can address some of the situations and circumstances many have gone through and they just can't seem to make any sense of it. These hard times create questions. They make us sometimes doubt God's goodness.

This is what I like to call living in the middle of the mystery. That there is a promise given, there is a response of belief yet the answer seems not to be manifesting. Do we conclude that God lied? Do we conclude God says one thing and reserves the right to do another?

We've conceived twice and in both cases, we lost the child due to ectopic or tubal pregnancy. Now as a believer in Jesus, the One who knows us before we were born, I believe life begins at conception. So yes those were two lives lost in the womb. Sadly, both of my wife's tubes were lost in the process. Now aside from a recreative miracle, we cannot conceive naturally. Again, so we know what it's like living in the mystery.

My heart hurts sometimes when I think about having children, yet I have a peace that surpasses human understanding. Why? Because I know who Jesus is, this is Jesus;
38 how God anointed Jesus of Nazareth with the Holy Spirit and with power, who went about doing good and healing all who were oppressed by the devil, for God was with Him. Acts 10:38 NKJV
Jesus is always good. I have a Father in Heaven who loves me. A Father that is good and only does good! That is my conviction, and I have seen His goodness over and over and over again in my life and in those around me.

Ok, you may say, I get it God is good, but I am going through some really hard times. I can't see His goodness. What now? What do we do in the middle of the mystery? I am glad you asked.

What do we do in the middle of this mystery? When I was going through the worst of it, we just went through this last December, I had the same reactions and many questions. The answer came as I was listening to a worship song.

In summation, concluding this series, we know and understand God is always good. We know that He is the healer and the One who makes us whole. He is not the One bringing destruction. He is the One who brings life and turns our situation around. In the midst of the worst scenarios, let praise be your response. Let a melody of praise and worship be the weapon you raise against the enemy. The suffering question? Jesus is the answer!
Image by Gerd Altmann from Pixabay
Posted by John W Reed at 10:38