The Suffering Question: the Lord Gives and Takes Away? 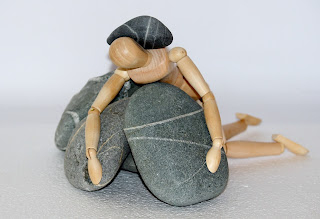 8 The Lord is gracious, and full of compassion; slow to anger, and of great mercy. 9 The Lord is good to all: and his tender mercies are over all his works.
Psalm 145:8-9 KJV


We've been in an extended study of the suffering question. Living in this World there are situations that we encounter that leave us with concerning questions. There are circumstances we may have experienced or see others walk through, that we just can't seem to make sense of. Hence the purpose of this study. We are examining the suffering question in light of God's goodness and Grace.

So far we've seen God is a Good Father. He isn't judging nations with catastrophe. He isn't the author of sickness or our troubles. He isn't controlling every facet of human behavior on this Earth. Last time we saw God isn't giving the enemy permission or access to your life. Today, I sense the strong leading to answer another traditional stronghold.


The Lord giveth...and then taketh?

The concept that God gives and takes away is a long-standing tradition in many quarters of the Body of Christ. Little "Johnny" was playing near the road and tragically was hit by a vehicle and killed. The response? "well, the good Lord gave and took away..."

Next to there will be "peace in the valley someday" and the 23rd Psalm, "the Lord giveth and taketh away" are staple traditions at funerals, or spoken about tragedies, or any event we can't seem to understand. This phrase is a traditional stronghold with so many. Where does it originate?

This famous phrase was spoken by Job right after his initial attack from the enemy, see here. What's interesting to note is that when he spoke it out he was speaking from a place of ignorance, that is a lack of knowledge. Today, this phrase is spoken for the same exact reason, ignorance of the Word.

Once you understand the truth about the first and second chapter of Job the whole book makes more sense in keeping in step with who God is. Who Jesus revealed the Father to be. In order to do this, we must interpret Job with the light of the New Covenant.

Brother, doesn't the Bible say all Scripture is inspired by God? Whenever we challenge the traditional view of Job this is the usual response initially. I did the same when I first began exploring the truth of God's goodness in light of what I saw written in Job.

I began to gain a better understanding of the Father's all the time goodness. I saw that He was a Savior and healer and provider and deliverer. Yet, I'd hear sermons about tough times and tragedy and they use Job as some "excuse" for it all.

Then others I'd read after or a sermon they taught, would challenge the traditional narrative. I would revert back to the traditional religious default setting. It couldn't be true. These people are attacking the validity of Scripture I would say to myself.

What they really challenged me with was who was speaking in Job 1:21? Did God say He gave and took away or did Job? This was one of the most difficult truths I had to discover. The Word of God is given by inspiration of God, that is, all Scripture was truly stated, but not all Scriptures are a statement of truth.


Truly stated but not a statement of truth?

This sounds like we are attacking the validity of Scripture or its inerrancy, but holdfast, we are actually defending it. You see the Word records accurately times that the devil spoke. We can see where it records satan saying he will ascend above the Most High God. Is that a statement of truth? No, because God said no devil and kicked him out.

So who said God gave and took away? God or Job? Job said it not God. It was truly stated that Job said that but that wasn't a true statement. Once I saw this the house of cards of tradition fell. God is a good God. He isn't taking away life, He is giving life!

You give and take away?

Religious Tradition sees it as God's discipline program. You like spending time on a lake? God will "take" that boat. You like watching TV? Sports? Well, He will "take" that TV or interrupt service. This will teach you to enjoy life!

Religious tradition uses this concept to make God more than just a harsh taskmaster. He is the brutal tyrant who demands attention nonstop or He will decimate your life. Is it any wonder the lost want nothing to do with God? Is it any wonder young people as they grow older flee from regular Church attendance?

Go back to Job 1. He said God gave and took away. Is that a true statement? In context, no, we see the enemy taking from him, not God. What is really Good News is in the back of the book God speaks to Job. He gives him some insight he desperately needed.

Let me share a passage to further explain.
10 And the Lord turned the captivity of Job, when he prayed for his friends: also the Lord gave Job twice as much as he had before. Job 42:10 KJV

God turned the captivity of Job. If He had him captive how could He "turn" it. This is revealing our Father is the God of the turnaround. He takes what the enemy is doing and turns it around for your good. God turned the tables on the enemy, and where he was bringing destruction, poverty, and sickness and death, God came and brought healing, deliverance, and total restoration.

Well if what Job said wasn't true why does the next verse after the famous phrase state that Job didn't sin or charge God foolishly? Some translate that He didn't blame God. Yet, you're saying Job didn't speak the truth.

The key is found in the verse. Job didn't sin or charge God foolishly. Job was living in the light he had. He was faithful to that light and knew of only God and His mighty power.

What God did when He showed up was point Job to the existence of the enemy. You see the whole book of Job can be divided into three phases. The destruction phase, the debate phase and finally deliverance.

The majority of the book basically operates on the presupposition that Job committed some sin and was receiving the just "reward" for his sins. The three friends basically try to convince Job that he was in sin and God was punishing him. Even the young man Elihu comes on scene trying to convince Job he was in some secret sin and God being just wouldn't punish Job for no reason.

The problem is all five people in Job were operating on limited knowledge. All that happened was the enemy attacked Job, hoping he'd have a mere superficial relationship with God that had little to no trust whatsoever. When God showed up, gave insight into who the enemy was, Job changed his mind and admitted he was wrong about God.

In summation, is God giving and then taking away? No! Remove that religious tradition from your thinking. Job occurred when there was no intercessor on our behalf. When there was no Bible to consult for truth. No Holy Ghost on the inside and no Finished Work were Jesus totally defeated the devil. There are no New Covenant "Jobs".

God is your Good Father. He gives and doesn't change His mind. The gifts of God are irrevocable. He can't give and then take it away. That would make Him a liar, and He isn't! You can fully trust Him. He is with you and will never forsake you. Even when we don't understand it all, the one truth we must always remember is that God is good and not the author of evil or the One ordaining trouble. Deliverance, freedom, life, and wholeness are always found in Him. He is for you not against you!
Image by Ulrike Mai from Pixabay
Posted by John W Reed at 17:02