The Gospel of Grace: More Realities of the New Covenant 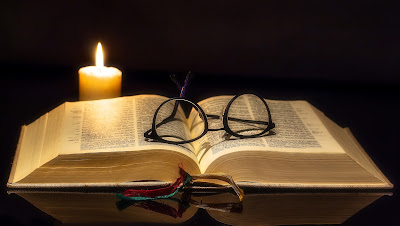 Before the reality of the Grace of God was fully seen in the Church this was not really an issue. That is, it wasn't as controversial as it seems today. I believe this is because of the tradition-minded reaction to the Grace awakening that has occurred in the Church.

Telling believers they are no longer under the Law and the religious minded goes into panic mode. They feel their traditions are in jeopardy and they react with full resistance to the revelation of God's Love and Grace. Why? Flesh likes to feel it is contributing something.

The Flesh is not always about sexual immorality or drunkenness. The flesh isn't just about losing your temper, overeating, or unbridled passion for possessions or power. The flesh is a way of thinking. More clearly stated, the flesh is a mindset that is contrary to Scripture, counter to God's way of doing things.

Did you know you're "in the flesh" when you think God is holding your sins against you? That God is displeased with you as His child? That you need to work harder to be more accepting and pleasing to Him? That you've messed up too much for God to use you? That you've out-sinned God's Grace? It's also fleshly thinking when we say the Old Covenant is still in effect for the believer.

What I am NOT saying

You have to clarify truth so as not to be misunderstood by the religious minded or the foolish minded. The entire Bible from Genesis to Revelation is the Word of God. It is God-breathed. It is the inerrant Word of God. All the Word is profitable for us, Paul reminds us of this.

No one who is sincere in their Grace walk would say God's Word isn't profitable. That the Bible isn't God's Word. Some who deny God says the Bible is full of contradictions. It actually isn't when you rightly divide it and understand the two Covenants. Under the Old, you will find admonitions to perform. Yet in the New, you will see admonitions to quit your striving and just believe. This isn't a contradiction but rather how those under the two different Covenants related to God.

So to be clear, let me say again, there is profit in studying the Old Testament. We can see Jesus in the Old concealed. We can see God's faithfulness to His Word and His people. If He was faithful under the Old surely He will be faithful under a New and better Covenant.

So is the Old in effect today or not? The answer is clear.

The Word of God is clear, with the establishment of the New the Old Covenant is made obsolete. It means Jesus and the Finished Work fulfilled the Law and completed all the requirements of the Old. When those who are reacting to the Grace awakening with resistance they rush to claim well we are still under parts of the Law, the moral parts!

Let's really examine that concept. If we are under even a portion of the Law no matter how minute, then we are under all that comes with that Law. If we are still under the moral Law then what happens if we don't measure up perfectly?

Jesus said concerning adultery if you even look at a woman with lust you've committed adultery. That means if we gazed at another too long and lust entered in that glance we are guilty of breaking the Law. If we are under the Law, then we are also under the punishment of the Law. That being death. What this means if we are under "moral" Law, then we are dying spiritually over and over each time we sin. This also means each time we are breaking the Law, we are losing salvation and needing to be born again, again and again. Thank God for the Finished Work and establishment of the New Covenant thus fulfilling the Law and setting us free from Law and sin and death.

What people need to realize is the Law of Love. That is the New Covenant Law. Love guides us into morality and steers us away from immorality. If we love, we won't violate another with a lusting gaze. If we love we won't steal from them, we won't cheat them, we won't lie to them. His perfect Love received compels us to conform to the same image of Love.

Paul also made it clear this Old Covenant is obsolete, done away in Christ in 2 Corinthians. Look at the words the original KJV uses to describe the Old Covenant.
11 For if that which is done away was glorious, much more that which remaineth is glorious.
13 And not as Moses, which put a veil over his face, that the children of Israel could not stedfastly look to the end of that which is abolished:
14 But their minds were blinded: for until this day remaineth the same vail untaken away in the reading of the old testament; which vail is done away in Christ. 2 Corinthians 3:11, 13-14 KJV
See Paul's words he attributes to the Old. Abolished, done away, a veil on the heart. Paul doesn't just say the Old is done and leave it at that. He points us to Jesus. He points us to Grace and the New Covenant. He shows us how to remove the veil.

In summation, what is the place of the Old in the life of the believer? Is it still in effect today? Are Christians under any portion of Law or Old Covenant? We see clearly that the Old is fulfilled in Christ. That this New Covenant exceeds the glory of the Old. That receiving Christ and knowing and understanding all He has accomplished in the Finished Work removes the veil of condemnation and the Old Covenant Law. Let's honor the New Covenant. It's a better Covenant with better promises.
image@Pixabayhttps://pixabay.com/photos/book-bible-open-glasses-1936547/
Posted by John W Reed at 11:53