Grace: the Remedy for Accusation 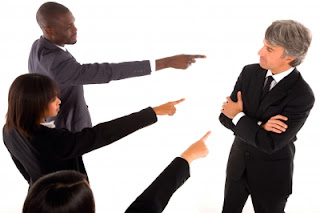 11 But we believe that through the grace of the Lord Jesus Christ we shall be saved in the same manner as they.” Acts 15:11 NKJV


We've begun a new series looking at a fundamental aspect of God's Grace. Grace, the Good News Gospel of Jesus brings healing and restoration and wholeness to those who receive it. Grace in its goodness never leaves us the way it finds us.

Today, I sense the leading to begin addressing this issue of the wicked cycle of defeat and anguish the enemy brings to God's people. The cycle of accusation and condemnation and shame. What may seem conspicuously absent in this cycle is "temptation." What we will soon see is sometimes the enemy doesn't even need a temptation to find a reason to bring his accusations.

If you've been a believer for more than a month or so, the temptation scheme of the enemy is all too familiar. The enemy tempts or allures you to transgress, to commit sin, to feed your fleshly appetites. In a moment of weakness, you follow through on that temptation. Then instantly, the enemy rushes in with a host of slander and accusation. This cycle may look something like this.

The enemy, that defeated devil, tempts you "why not indulge yourself?"
You resist. "No."
The enemy, "Come on just one more time. What can it hurt?"
After considerable tempting and alluring you give in. Instantly, the enemy comes to you. "Look at you! Look at what you've done! And you call yourself a Christian? God's so mad at you! God's so disappointed in you!"

When we give in to temptations the enemy quickly brings his accusations. This is the common expression of accusation from the enemy. As we grow in the Lord what use to trip us up doesn't trip us up any longer, so the enemy seeks other ways to tempt us.

Are you saying, even if what you are accused of is true, that Grace is for that too? That's what's so amazing about Grace. Grace doesn't see us in our mess and just leave us there. Yes, but didn't Peter instruct us not to suffer or be reviled for wrongdoing?

Here is the Good News. Your sin is none of the devil's business. Even when you fail, God's Grace has already addressed that sin. His shed blood has already forgiven and paid for that sin. Your sin is between God and you and no one else. If your sin affected others, follow God's love and leading and see how He would bring restoration and wholeness to all those involved.

When temptation arises and we fall for it and sin, this cycle of accusation and condemnation and shame will begin. What we must know Grace is there to disrupt this cycle and bring us to a place of wholeness and victory. When accusation comes, Grace reminds us of our true identity. He shows us we are better than that sin. Grace reminds us He has so much better for us in Christ. Grace makes sin less and less appealing, enabling us to walk out who we already are in Him, the righteous and holy children of God.

We must also realize this isn't the only avenue this cycle comes into our life. I addressed the temptation and accusation issue first because it is so common. However, the other arena the enemy loves to bring his accusations is the religious traditions of men. It comes through well-meaning teachers and other believers. It comes across to us in the doctrines of old.

Many would be surprised to know the accusation of the enemy often comes through the mouths of other believers. Let me pause momentarily. Sometimes the accusation of the enemy can come through the voice of the World system. They slander and accuse the Church of not being loving or kind when we uphold the righteous principles God established as the Truth.

In times like this, respond peacefully but truthfully, in love, knowing the World system is lost and in darkness and therefore ignorant of the truth. They can't see the light because they're blinded. No need to feel condemned or shamed because of their words. Jesus wasn't always popular and we won't be either so just enjoy your life free from the opinions of worldly men.

With that understanding, let's focus on one of the biggest areas of accusation. The mouths of the religious and their traditions. Certainly, they mean well, but the traditions of men have brought so many into a place of guilt and condemnation.

I heard a message preached by a well-known minister. He was passionate about raising the standard of holiness. Being honest, as believers who would want to embrace a lifestyle of sin? Remind people of who they are and whose they are. Growth will develop unlike this type of preaching which only stirs up sin.

The minister preached we ought to begin by living out the Ten Commandments. Clearly, we can see that the spirit of religion was masking itself as the motivator of holy living and truly veiling the minister's eyes.
14 Not only Moses’ face was veiled, but his people’s minds and understanding were veiled and blinded too. Even now when the Scripture is read it seems as though Jewish hearts and minds are covered by a thick veil, because they cannot see and understand the real meaning of the Scriptures. For this veil of misunderstanding can be removed only by believing in Christ. 15 Yes, even today when they read Moses’ writings their hearts are blind and they think that obeying the Ten Commandments is the way to be saved. 2 Corinthians 3:14-15 TLB

By promoting Law as a means to attain a more holy living your leading people astray. Paul tells us the strength of sin is the Law. Without realizing it, the message didn't bring people into a closer walk with God, it actually made them draw back.

Accusations come by way of traditional teaching. Its subtle words say there is something wrong with you. That God finds displeasure with you and if you just heed these words God will love you more. Staying with the truth of the New Covenant and tuning out tradition causes these accusative words to have no power over you.

Another way this accusation finds a foothold in our thinking is when we begin creating standards to live by that God has nothing to do with. It starts with placing demands upon ourselves that God never put there. Often, these demands come when we compare ourselves to the ideal Christian.

In reality, this phantom Christian who spends hours in prayer, and devotion, has a perfect marriage, is a perfect spouse, perfect parent and is a highly praised employee just doesn't exist. This accusation veils itself as a motivation for growth but in reality, it's designed to tear us down and get us to quit. It speaks this to us repeatedly, "I could be doing so much more."

Here is the truth, it's already done. It is finished. What more needs to be done? Is it your sacrifices and efforts that are needed or is it Jesus' once for all sacrifice? It seems to tradition that Jesus Finished Work means nothing. That all Grace is for is to be an ability gift to fulfill all the demands tradition and self-righteous comparison brings. Resist this lie. Grace reminds you of who you are in Him. You are complete in Him. Your fulfillment is in Him. Jesus' work is enough. Rest and be who He already made you.

No weapon formed against you shall prosper, And every tongue which rises against you in judgment You shall condemn. This is the heritage of the servants of the Lord, And their righteousness is from Me,” Says the Lord.  Isaiah 54:17 NKJV

In summation, understand accusation comes to all of us. Be it through our own sins or by the voice of the religious, their traditional teachings, or by comparing ourselves to others. Victory comes when we listen to what God says about us. Truth removes all error. Hear Jesus' words to you and live and abide in them;

10 Until finally, Jesus was left alone with the woman still standing there in front of him. So he stood back up and said to her, “Dear woman, where are your accusers? Is there no one here to condemn you?” 11 Looking around, she replied, “I see no one, Lord.” Jesus said, “Then I certainly don’t condemn you either. Go, and from now on, be free from a life of sin.” John 8:10-12 TPT

Image courtesy of Ambro at FreeDigitalPhotos.net
Posted by John W Reed at 12:11