Good news vs Fake news: You can lose your salvation 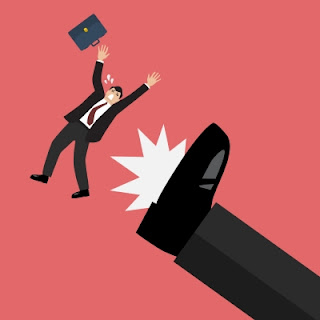 We've been in an extended study as of late. We've been highlighting the differences between the Good News of Jesus and His Grace and the fake news of religious tradition. As we contrast the Good News with the fake news we must remember that people are never our enemy. The same Grace and unconditional love of the Father are outstretched to the religious as well as those who've received His Grace in all its fullness.

Today, I sense the leading to reveal one of the greatest, if not the greatest fake news view religion and tradition promulgate throughout the Body of Christ. This idea that believers can lose their salvation. This concept has become a stronghold in the minds of so many.

Much fear, uncertainty, and resulting insecurity have plagued many a believer throughout the ages because of this teaching. Often a believer hears a message about the eternal insecurity of the believer and they look at their own walk with Christ. They readily see their own shortcomings, faults, failures, and struggles with sinful habits that they haven't shared with others. They feel condemned and are quick to run to a church altar begging God to forgive them and ask to be saved all over again.

I remember once before Grace captured my heart, that I had a questioning thought about the possible lack of integrity of a well-known minister. Mind you this was just a passing thought. Almost instantly this sudden fear and concern clouded my mind.

This impression filled my thoughts that I had blasphemed the Spirit. It seemed to impress on me that I questioned if God was really using this minister. Therefore, I had attributed God's work with those of the devil. For a brief moment, I thought I really had blasphemed the Spirit and I was a goner. I was toast. I had committed the unpardonable sin.

Over a short time, I relinquished that fear. Clearly, that was the work of satan attempting to disrupt my peace and shake my security in Christ. Sadly, similar situations arise often in individual believer's lives. On the many question and answer web pages I've seen many asking "have I committed the unpardonable sin?"

What the response should always be is, if you've placed your trust in Christ alone then you are saved. Your circumstances, your feelings, your fears, even your sins or present unbelief cannot alter the eternal saving work of Christ Jesus our Lord! Sadly, that isn't always the answer. Some will go on a tangent showing all the alleged Scriptures proving loss of salvation. Still, others answer questions like this, "I don't fear the loss of salvation because I am in Christ and I am not going anywhere." Or they say "I fear not because I am living for the Lord", in other words, if you did too you wouldn't fear the loss of salvation either.

I trust you can see the error here. The basis of their security in Christ is what they are doing. It isn't based on Christ's Finished Work and God's Word which cannot lie. That is a serious error.

Our salvation is rooted in Jesus Finished Work and God's everlasting promise that if we trust and believe in Christ, receiving this free gift we are eternally saved and secure. Our security rests in His promise and the Finished Work of redemption and not our steadfastness. It isn't rooted or upheld by our goodness or faithfulness. It started by Christ and He is the author and finisher of our faith. The work He began in us will be completed in Christ.

39 This is the will of Him who sent Me, that of all that He has given Me I lose nothing, but raise it up on the last day. John 6:39 NASB

5 And God, in his mighty power, will make sure that you get there safely to receive it because you are trusting him. It will be yours in that coming last day for all to see. 1 Peter 1:5 TLB

5 God himself has prepared us for this, and as a guarantee he has given us his Holy Spirit. 2 Corinthians 5:5 NLT

These are just a few of the guaranteed promises of our eternally secure salvation in Christ. Still, some will immediately object to this post. Some tradition-minded would say,
"brother, we aren't spreading fake news you are!"
"Come on hyper-Grace preacher, the Word is clear, Demas obviously lost his salvation. Paul even said so."

He did? Well did he now? Let's look at Demas' life and see. We can readily see Demas was clearly a Christian.  Paul speaks of him here and here in a ministry capacity. Where the controversy begins is with this passage;
10 for Demas has forsaken me, having loved this present world, and has departed for Thessalonica—Crescens for Galatia, Titus for Dalmatia. 11 Only Luke is with me. Get Mark and bring him with you, for he is useful to me for ministry. 2 Timothy 4:10-11 NKJV
Tradition will say, see? It's clear from the words of Paul. Demas who was once saved is now lost. He left his salvation. He left God. He forsook his salvation. Is that what we see recorded here? What did Demas actually do?

We must rightly divide the Word and be sure not to read our own viewpoint, concepts or traditions into the Scripture in order to make it support what we want it to. There is nothing that states Demas left or forsook his salvation. I am amazed that such an eternally consequential event as leaving salvation wouldn't be clearly delineated in the Scripture.

Note what this passage doesn't say, "for Demas has forsaken the Lord." No, it clearly states that Demas forsook Paul, not the Lord. The reason for this concept of Demas forsaking salvation is because John's Epistle states if the love of the World is in us then the Love of the Father isn't.

Paul states Demas, forsook him because he loved this present World. Because of this they reference John's words and assume that Demas loved the World more than God, and forsook his salvation and the ministry to go live it up in this sinful World. Is this really the accurate depiction of what happened?

I'm glad we referenced John. Because this passage is where the key to understand what happened in Demas life is found. It's seen in two separate Greek words. When John referenced loving the World, he was referencing the World system in context. The word "World" he used was the Greek word Kosmos. It means the physical Earth but it also means the ungodly multitude hostile to the cause of Christ. Hostile, not in favor of.

When Paul spoke of Demas, he used another word for World. He used the word Aion. Which denotes time. Paul was simply saying Demas loved this present time in his life. Paul's journeys were met with hostilities and danger. Demas left Paul's ministry trip, not his salvation. He may have had a family and didn't want to go on a risky missionary trip. This passage doesn't support the concept that Demas lost his salvation or forsook God leaving his salvation.

In summation, rejoice that our salvation in Christ is fully secure and this security isn't contingent upon our goodness or steadfastness or faithfulness. Our salvation is eternally secure because of the Finished Work of redemption. Because Christ paid the price. No amount of good deeds or personal holiness merited the free gift of salvation before we were saved. What makes us think our personal failures, sins and unholy actions after we are saved will undo what Christ has done? Our salvation is in God's unwavering hands, it isn't left up to us to stay saved. If it were we would surely already mess it up, thank God for His unfaltering faithfulness and keeping power.
Image courtesy of Sira Anamwong at FreeDigitalPhotos.net
Posted by John W Reed at 12:00