Good News vs fake news: All humanity is already saved? 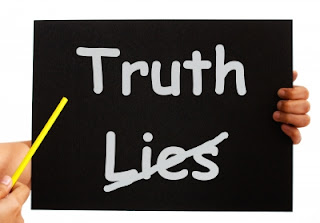 We've been in an extended study distinguishing between the Good News of Jesus Christ and His Grace with the fake news of the traditions of men. As we continually stress each week, people are not our enemy. Don't allow bitterness to dominate your thoughts. His Grace is welcoming to all.

We've been contrasting the Good News with fake news of tradition. However, the religious traditionalist isn't the only one proclaiming fake news. This week, I sense the leading to expose the fake news of false leaders, teachers, and preachers perverting the Gospel.
9 Anyone who runs on ahead [of God] and does not abide in the doctrine of Christ [who is not content with what He taught] does not have God; but he who continues to live in the doctrine (teaching) of Christ [does have God], he has both the Father and the Son. 2 John 9 AMPC

John warns here of those leaving Christ behind to embrace their own philosophy, teaching, or concept. One translation words it as don't become so progressive in your thinking, you leave Christ behind. In other words, don't get so "out there" you leave everything behind, constantly chasing some new idea or concept.

When contrasting truth and error, it's best to get back to basics. The Word of God was written to three people groups. Now we know we can receive truth, insight, wisdom from all Scripture. We must understand that it isn't all addressed to us specifically. The Word was written to the Jews, the Nation of Israel. The Gentile, the lost. The believer, the Church of Jesus Christ.

What we must keep in mind is what may be true for Israel, isn't for the Church. As an example God gave the Law to the nation of Israel, not to Gentiles, or the Church. Again, what is true for one group isn't necessarily true for the other group.

Here are three major areas where the fake news of false teaching continually miss it and try to pervert the truth;
Inclusion: One famous minister coined this phrase to proclaim the false concept of ultimate reconciliation. That ultimately, at the end all humanity will be saved. Hell is a temporal place. This is the proclamation of salvation extended to the lost after death.

Trinitarian Theology Inclusion: This erroneous concept of man taught that all humanity is already, in Christ, born again, made righteous, possess the Spirit of God within, are adopted in the family, apart from personal faith and trust in Christ. It is a historical inclusionism. In a nutshell, this concept says, God in Christ, in His work on the Cross, saved everyone, people are just mentally unaware of their salvation.
One issue, of many, that arose with this teaching was that salvation is merely a mental awakening, not a heart transformation. It was often asked what if the individual never awakens to their righteousness? Then they said they would be lost. This would then equal that all our in until they are out.
This didn't sit well. So many who proclaimed this viewpoint, have now erased Hell from their view. Since Hell is out of the equation it apparently doesn't matter if one awakens to this "truth". As the previous view, salvation also becomes an invasion of the will. All are in whether they want to be or not.

Universalism: This error manifests in various forms. One concept is that all roads or paths lead to God. It doesn't matter what you believe just be sincere. A more "Christian" universalist view, all are saved because of Jesus' death on the cross. The existence of Hell is denied.

Those are the major errors. However, some in Grace circles, are subtly being seduced away by these false teachers through crafty, alluring words spoken in their midsts. They are proclaiming the seed forms of these three errors with enticing words. They adopt "Grace language" but add their own definitions to those words.

When I am talking to say a Hindu or Buddhist and they say the word "god", and I say the word God, We must understand how we are defining the term, so as to properly understand each other. When I say "God", I am referring to the Lord God Almighty, Jehovah. The Only God. If they say, god, they may be talking about the many deities they follow in their religion.

So when someone is speaking of Grace, His mercy and love and kindness seek to understand the context in which they speak. Ask them for clarity so you can know whether or not to add your agreement. As I have said their error is often easily spotted because they attribute to the unsaved the same benefits of the saved.

For example, Paul lets the Church know that there is nothing that can separate the believer from God and His love. This is the Good News of Grace. This is true because a believer has been redeemed. He has been made new. He has been cleansed by the precious blood of Jesus. All his sins are eternally forgiven, once for all time. Can this be said of the lost? No, they haven't yet received Him and the forgiveness Jesus appropriated at Calvary.

This then is where error sows its seeds in the unrenewed mind. The mind susceptible to receiving error. That is the believer who has chosen not to develop discernment.

The perversion is to exalt God's love to disregard man's free will. To disregard the other true aspects of who God is, such as the faithful and just Judge of all. This perversion also eliminates the concept of spiritual separation.

Many are now proclaiming that no one was ever separated from God. That mankind since Adam has never been spiritually separated from a loving God. That God, who is love, would've never allowed such a thing to happen. They say any sense of separation is simply in our minds. Placed there by the lies of the enemy or religion. They pervert the King James translation of Colossians 1 to promote this error. Honest and sincere translation of Colossians easily disproves this.
21 This includes you who were once far away from God. You were his enemies, separated from him by your evil thoughts and actions. Colossian 1:21 NLT

Be sincere and honest. Before Christ, did you really have a concentrated concern whether or not your action was pleasing to God or not? Whether or not it was sinful or not? Of course not. We were rebellious and serving our own interest, whatever that may be. Even our good deeds often had a self-serving purpose.

Why does it matter? Why should we guard against falsehoods? Paul the Apostle of Grace, repeated the warning a little leaven, leavens the whole lump. We don't want to build upon a faulty foundation. We desire the sincere truth of the Word, the truth that revealed the Pure Gospel of Grace.

What you will find if you grow in Grace, and in your discernment (not suspicion), is that many who are proclaiming such falsehoods are merely seeking a following. Often they won't openly speak about what they believe. They will blend some Grace truths with elements of the errors I mentioned.

The proof is clear if you are aware. A popular author penned a novel that showed the Trinity and proclaimed a God of mercy and love and that's all. No judgment, not justice. They even made a movie. I will admit there are good elements of the story. However, with discernment you see a person sowing just enough seeds to garner a following.

After the success of the feature film, the author penned another book. This time he didn't conceal his message. He proclaimed a universalist/ultimate reconciliation message. No one is separated from God. He had successfully garnered a massive audience and because of the success of his earlier work, many would read this work. They opened themselves up to feeding on error.

Again, people aren't our enemy. However, they may be submitted to the enemy or unwittingly be being used by the enemy. So we must use wisdom, discernment and rely on His guidance to preserve the Gospel from error and to not be susceptible to receiving error.

The Gospel is Good News. It is the glad tidings of God's great love for all. That because of Christ, anyone can freely receive new life, peace, perfect acceptance and right standing with the Holy, righteous God, the Creator of the Universe, apart from works, efforts, and achievements.

Those who've received this Good News and received Him, by Grace through Faith, are now called to proclaim this same Good News to all. What we aren't called to do is become preachers of reinterpretation. Or ambassadors of reimagining. The Good News is good enough. We don't need additives or mixture to the Good News to make God more appealing or erase portions of His character.

Grace proclaimed, is truth proclaimed. Grace and Truth go hand in hand. Universalism, inclusion (or ultimate reconciliation), or Trinitarian Theology inclusion, denying the existence of eternal separation in Hell or denying Hell even exists, or the concept that no one has ever been separated from God is not the Gospel. These are lies, perversions, total error drummed up from the enemy designed to derail the Gospel message.

In summation, don't fall for the enticing words of men. Concepts like, "can't God's love meet people beyond the grave?" "Saying anyone is separated from God is to say sin is greater than grace.""Proclaiming salvation is by Faith believing is preaching an exclusionary message."These are enticing, alluring seeds sown to get you to accept error.

Make no mistake, many churches and ministries and ministers who had made a powerful impact in this World have been "shipwrecked", shut down and their doors shut, when they embraced error in an attempt to be "inclusive." We should be inclusive, that being the salvation invitation is made for all, this doesn't mean though we invite error into our midst. Stay strong in His strength and walk in His love for you and flee from the error sent to distract, derail and deter your growth and influence in Grace.
Image courtesy of Stuart Miles at FreeDigitalPhotos.net
SaveSaveSaveSaveSaveSaveSaveSave
Posted by John W Reed at 20:11

The good news has a lot of bad news mixed in,eh? You know the arguments you make against Inclusion are the same arguments made by limitarians, those who deny Christ died for all humanity.