Grace and the Old Covenant 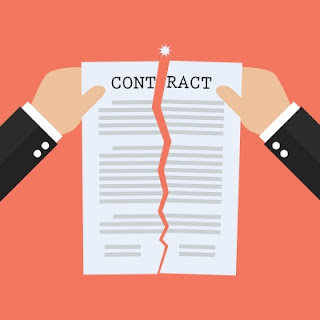 16 All Scripture is given by inspiration of God, and is profitable for doctrine, for reproof, for correction, for instruction in righteousness, 17 that the man of God may be complete, thoroughly equipped for every good work.
2 Timothy 3:16-17 NKJV


This week, a well-known minister in America made an extremely controversial statement concerning the Old Testament. He declared as Christians we should unhitch our faith from the Old Testament. Now apparently this sentiment was part of an entire sermon series. I have not personally heard these messages but looking at the reactions of many I sensed the need to address this issue.

What really happened when this minister spoke is it simply located where many people's understanding was concerning the Old Covenant. The anger and vitriol unleashed upon this pastor were relentless. Many were branding him a dangerous false teacher. In the midst of this outpouring of wrath, I thought it best to bring some clarity to this issue of the Old Covenant and its place today.


There are two extremes I have encountered when it comes to the place of the Old Testament today. The first is some have accepted a foolish concept that says the Old Testament isn't God's Word. That many of the Prophets of Old spoke things out of their own imagination instead of hearing God. They that pronounced judgment and wrath were clearly missing God, right?

That is foolish. Again, don't take the amazing out of Grace. At the time of the Old, there was no mediator between God and man. There was no once for all, final sacrifice yet. Jesus hadn't shed His perfect blood. Judgment for sin was swift. It wasn't that God wasn't merciful.

God cried out in Ezekial, He didn't want to pour out wrath but mercy but there was no one to stand in the gap. Thank God Jesus stood in the gap and no longer is there judgment. God isn't sending tsunamis or earthquakes to punish sinful nations or cities today.

This was the fault of the Old Covenant. This Covenant was cut between God and Israel. That is God and man. Men couldn't keep God's standard. This is why God sought a better Covenant.

Don't fall into the trap that the Old, though it at times speaks of wrath, isn't God's Word. The second most predominant extreme is the idea that because the Old Testament is God's Word, the Old Covenant and the Law must still be active today. That the Church is under portions of Law, and the Old Covenant is partially active today.


In effect or obsolete?

I am not sure if it can get any clearer than this. God established the New. If the New has been established, then clearly the Old has been made obsolete. As clear as this is apparently many have failed to grasp this simple truth. When this minister spoke of unhitching from the Old, many began to shout this is heresy and demanded we follow the Old and the New.

"We must teach the Old Covenant hand in hand with the New!"
"It's dangerous to ignore parts of the Bible!"
"It's very dangerous to unhitch from the Old Testament!"
"This is apostasy!"

The critics cried out. What has really occurred in the midst of this debate is to once again reveal that many simply see Christianity as "Judaism 2.0". This is because so many don't rightly divide God's Word and also lack a basic understanding of what the Gospel is.

The place of the Old today

I earnestly desire to keep this as simple as possible. I suppose we could write a whole book on this topic. So just what is the place of the Old today?

Paul tells us all Scripture is profitable. That is our starting point. All Scripture is beneficial. Leviticus and Job, Isaiah and Amos all have benefit to us as believers today. Just how is it beneficial today?

All the promises of provision, protection, preservation and peace we see in the Old has been filtered through the Cross and is been made available to the Church in the Finished Work. Some traditional-minded say we can't claim passages like Jeremiah 29:11. Listen, we are in a better Covenant with better promises. If He has good plans and a hopeful future for his servants (Israel) how much more good are his plans for us, His children?

While it is beneficial to us to see the wisdom in Proverbs and enjoy the passion of the Psalms we must remember that as a whole the Old Testament concerns Israel and not the Church. Though there is profit in studying the Old, we must not make the mistake of mixing the Covenants or mixing Law and Grace. This is where we must rightly divide the Word.

Too many have mixed the Covenants and present a perverted gospel that is no Gospel. Many taken the stipulations God gave Israel to receiving blessings and favor from God and place those same demands on the Church. Some declare the Church is still under the Law.

In Acts 15, we see this conflict debated and resolved. The problem; Judaizers wanted the Church to mix Law and Grace, to adhere to the Old Covenant still. I want to share a couple of passages that settle the issue for us today.
10 Now therefore, why do you test God by putting a yoke on the neck of the disciples which neither our fathers nor we were able to bear? 11 But we believe that through the grace of the Lord Jesus Christ we shall be saved in the same manner as they.” Acts 15:10-11 NKJV

Peter, declared living under the precepts of Law and the Old Covenant is burdensome and is the antithesis of Grace. He recognized that God had done a new thing in Christ.

14 But when I saw that they were not straightforward about the truth of the gospel, I said to Peter before them all, “If you, being a Jew, live in the manner of Gentiles and not as the Jews, why do you compel Gentiles to live as Jews? Galatians 2:14 NKJV

Paul in this passage called Peter out for not being true to the Grace Gospel. What is key is Paul declared Peter obviously no longer lived as a Jew. This is major. What this reveals is the place of the Old in our lives.

Gentiles and Jew alike when they receive Jesus become one new man. The redeemed man. The New Creation in Christ man. The righteousness of God in Christ man. Righteous apart from works of the Law man. There is no Gentile Christian or Jewish Christian, the born-again man is simply a Christian, again Christianity isn't Judaism 2.0.

Think of it this way. Texas has laws that are written for that state. Someone in Pennsylvania isn't under Texas law. However, because murder and theft are against the law in Texas doesn't mean those in Pennsylvania are free to steal or murder. Their state has its own statutes against murder or theft. Many laws are universal in application.

The truth is the same with God. the Old Covenant Law contained some universal moral laws. Even before the Ten Commandments, we can see theft and murder and adultery are wrong. Just look at Genesis. Adultery is sinful, not because it was written in the Ten Commandments. It is sinful because it is contrary to the character of a holy and just God. It is a universal law, that applies to all.

In summation, what is the place of the Old today? It has rich advantages for us to study and has some universal truths that are beneficial. We can see God as faithful and true in our lives, as He hasn't abandoned or forgotten the promises He made to the Nation of Israel. In this sense, the Old has a great place for the Church.