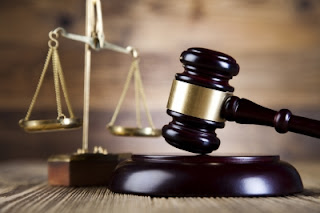 Following the guidance of the Lord, I sensed the Spirit direct me to begin exploring another aspect of Grace. Or better stated, examining God's Radical Grace from a different perspective. That is the perspective of fighting the good fight. To stand fast against the opponents of His amazing Grace.

Throughout the Epistles, Paul the Apostle of Grace spoke of spiritual warfare. He spoke of fighting the good fight of faith. There would be no fight of faith if there were no enemies to our faith. He admonished the Ephesian church to be strong in the Lord. He instructed them concerning the warfare of the believer. James mentions resisting the enemy. These passages prove to us that the enemy seeks to undermine and disrupt God's plans and purposes for our lives. The good news is we know the enemy is a defeated foe.


The Confusing Cocktail of Mixture.

This issue of mixture is the central issue Paul was addressing in his Epistle to the Galatians. The central claim made by those opposing Paul was that Grace and Faith alone weren't sufficient. We needed to add portions of the Mosaic Law to totally achieve salvation.

This is nothing new, we see it still today. In order to receive provision and the prosperity, God has for His Church many will turn back to the Old Covenant and declare Grace and Faith alone aren't enough to receive provision and blessing. They will direct people to the stipulations, the conditional prerequisites, the commandments the Children of Israel had to meet before they were qualified to receive. When it comes to healing, many will turn to Old Testament passages and tell the Church to look to their performance in order to receive healing.

It is especially true in the area of receiving Jesus Christ for our salvation. Many declare Grace alone, by Faith alone is insufficient to receive salvation. Not if you want to be "really" saved. Some today, may not say we need circumcision but they will instruct the lost to make pledges and promises to clean up their act, and cease and desist from any wrong they are presently engaged in and then God will save them.

It's by Grace alone through Faith alone that we are saved and receive all that He has purchased for us in the Finished Work. Sadly, this truth is offensive to many. They will say we still need the Law. They teach that Grace is for salvation but we need the Law to grow and mature. We need the Law for sanctification. Their favorite Scripture is Matthew 5, I came not to destroy the Law.

Many take just the first portion of Jesus' words and focus solely on that. He didn't come to destroy the Law, therefore they reason there are still portions of the Mosaic Law that are in effect. What they omit is the fact that Jesus declared He came to fulfill the Law. If it's fulfilled then it is complete and the Church is no longer under the Law.
4 For Christ is the end of the law for righteousness to everyone who believes. Romans 10:4 NASB
the Living Bible paints a clearer image of Christ ending the Law and the futility of mixture.
4 They don’t understand that Christ gives to those who trust in him everything they are trying to get by keeping his laws. He ends all of that. Romans 10:4 TLB

Many will resist the plain truth declaring we must keep the moral aspect of the Law. What they fail to understand is the Law is an all or nothing system. It isn't a set of commandments that were divided into ceremonial, sacrificial and moral subsections. If we failed in keeping a ceremonial commandment it was as if we committed adultery, because it is an all or nothing system.

Let me say this. The Law is good and perfect. The issue is no one is good and perfect enough to keep it. Also, the Law could never make you good or perfect. Though we know the Law is never divided into subsections distinguishing sacrificial and moral there is one thing we can see that is eternal. The moral components found in the Law do reveal God's nature and character. Never has it been Godly to steal or lie or deceive or commit fornication (sex outside of marriage) or adultery. In this New Covenant, we see the Royal Law of Love also never leads us into lying or deception or sexual immorality.

That stated we still can't look to the Law for righteousness and holiness. People pushing mixture fail to understand just what is actually considered moral Law. Under Law, Gentiles or non-Jews were considered unclean, here. This is because they didn't practice Mosaic Law and didn't observe the clean or unclean standards of Law. If we are still under Law how can Jew and Gentile fellowship?

In fact, this is why Paul so strongly rebuked Peter. He refused to sit with Gentile believers. Christians need to relinquish tradition and accept the truth of the Gospel. The Law is fulfilled and finished in Christ. Look at Paul's words in Ephesians, here.
Paul declared the Cross ended the Law.
15 He did this by ending the system of law with its commandments and regulations. He made peace between Jews and Gentiles by creating in himself one new people from the two groups. Ephesians 2:15 NLT

It is done! It is Finished! The Law with all its crippling commandments that no one could keep has been fulfilled in Christ. There is no place in the life of the believer for Law. We have been remade new in Christ. Renewing our minds to His Word our thinking changes. Grace changed our hearts and gave us new desires. Because we are completely made new, righteous and perfectly accepted in Christ and no longer under Law sin no longer exercises dominion over us and we walk in complete liberty and freedom.