Opponents of Grace: Blending the Old and New Covenant 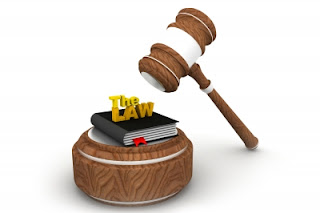 We've begun a study on the opponents of God's Grace. Paul instructed us to stand fast. To stand fast is to remain. If there was no opposition to our freedom in Christ then there would be no reason to stand.

In our modern vernacular, we often use the phrase "2.0" to describe an updated system. A new and improved software design or update. The Oxford Dictionary defines it this way;
Used to denote a superior or more advanced version of an original concept, product, service, etc.

The "2.0" definition appeals to many of the "Hebrew roots" minded believers. It is alluring for the Judaizers among us. Why is this? Because they don't see the Old Covenant as done away with in Christ.

Those who wish to cherry pick the Old Covenant for the portions that appeal to their sensibilities deny that the Old has been fulfilled and done away in Christ. They can't accept that it is an obsolete Covenant. The Old was rooted in our obedience and faithfulness to follow the Law perfectly. If you did good you received the good He promised if you failed you didn't receive the good and abide under the curse.

The New Covenant is a Covenant established by Grace and appropriated by Faith. It is not some "renewed" Covenant. That is absolute heresy. Hebrews declared this Old is done, see here. If He made the New than the Old is done away with.
9 Then he said, “Look, I have come to do your will.” He cancels the first covenant in order to put the second into effect. Hebrews 10:9 NLT
Does this verbiage sound like the Old is partially in effect? That The New is merely a renewed Covenant? Again, cherry picking Judaizers, the ones the Spirit was answering when He had Paul pen the Epistle to the Galatians, teach that the New is merely a renewal of the Old. This is because they walk by sight and seek to establish a duel righteousness. A righteousness by faith and the keeping of cherry picked portions of the Old Covenant.

Understanding the New vs Old is essential to the core of Christianity. We are in a New Covenant ratified in the death burial resurrection and ascension of the Lord Jesus Christ and fully manifested at the coming of the Holy Spirit. A Covenant established in the very Grace of God, received by Faith. People who teach about false religions and philosophies of men often share the similarities they all share and the distinction between them and Christianity.

Ministers will share how false messages, religions, and philosophies usually have a central figure. His/her words are above all. His/her writings are considered sacred and essential for their promised heaven or nirvana or next life. That is partially true and good information to recognize error but they miss the major distinction between Christianity and every single religion or philosophy on Earth. That distinction is Grace!

Every Ideology of man says that participants must adhere to the codes, the rules, the laws. That they must do certain works or engage in activities to receive eternal life. Mormons men must go on missions, Jehovah Witnesses' must go door to door to prove their worthiness, Muslims must pray five times a day and adhere to a strict diet and other stringent guidelines. Jesus, on the other hand, established a New Covenant. He did it ALL! We just have to believe it and receive it. Grace is THE difference between Christianity and all other religions.

This is why we must stand fast lest the Gospel is corrupted. So many Christians blend a little Old with the New. We don't just live by Faith but by Faith and our performance or obedience to some portion of Law.

I love my Word of Faith Charismatic brethren. But as an example look at what so many do. They blend the Old and New Covenant in order to receive from God. They will teach about financial blessings and will immediately turn to Deuteronomy and see what Moses commanded the Children of Isreal to do in order to receive the Blessing and then teach Christians we must do the same in order to receive.

Grace is the major component of the New Covenant and the core of Christianity. It is not a side issue. It isn't just some doctrine of the Church. It is the driving force behind our redemption. God in His great love stooped down to lost and sinful humanity and offered Himself as an offering for all our sins. Grace provided us an unconditionally loving relationship with the very creator of the Universe, the Almighty, high and exalted Lord God, the everlasting One.

Renewed Covenant? Old Covenant 2.0? No! A new and living way has been established by Grace. We are in a New Covenant established on better promises. The New supersedes the Old in every way. The Old was rooted in our performance. The New is rooted in Christ's perfect performance. All we have and all we are is based on Christ and His perfect submission, obedience and faithfulness and goodness and not our own. He makes all things new.
Image courtesy of bluebay at FreeDigitalPhotos.net
Posted by John W Reed at 12:11