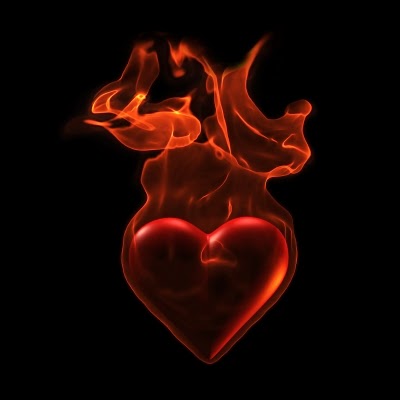 16 All Scripture is given by inspiration of God, and is profitable for doctrine, for reproof, for correction, for instruction in righteousness, 17 that the man of God may be complete, thoroughly equipped for every good work. 2 Timothy 3:16-17

I want to begin a series of study from God's Word addressing some mistaken ideas. This series of posts will be periodic. I want to address some of the mistaken ideas that religion and tradition (no matter how well meaning) have overtaken the thinking of some Christians. Things like God is putting disease on you to better you. Lets begin with today's study.


Be on fire for the Lord?

Brother, how could you dare claim this is a mistaken idea perpetuated on the Body of Christ? The first sign of a mistaken idea or concept is there is no Biblical passage to establish a teaching or idea. First and foremost there is not one single time this phrase is uttered or commanded in the entire Bible. The word fire is found  506 times in the King James Bible. Not one place is this phrase found.

Now, I understand how controversial this sounds. I know this cuts cross grain to our tradition or what we've been taught. Just stay with me and it will turn out Ok. First let me concede there is a couple of places in Scripture where some may try to assign this concept.
11 not lagging in diligence, fervent in spirit, serving the Lord; Romans 12:11NKJV
The word fervent in the literal Greek means to boil over. So some translate this passage this way:
11 Do not slack in your faithfulness and hard work. Let your spirit be on fire, bubbling up and boiling over, as you serve the Lord. Romans 12:11 Voice
So the Voice translates this passage as be on fire for God.
5 “I know your works, that you are neither cold nor hot. I could wish you were cold or hot Revelation 3:5
See, it's right there brother. Be on fire for God. Acquire the fire, be burning hot for the Lord! It is a command of God. I disagree. Here is the two reasons why it is a mistaken idea or concept.

It is rooted in the senses or emotional realm

In the ministries with the Pentecostal backgrounds I was involved with, the more excited you were publicly "revealed" how on fire for the Lord one was. You see how this concept can produce the emotional displays in a group meeting or gathering? Just because you shouted or danced doesn't prove that you are so committed to God. For the non pentecostal/charismatic Christians just because you sing in the choir or sing aloud with the music doesn't prove you're "on fire".

Trying to work up a frenzy to prove you're on fire for the Lord is nothing more than emotions on displays. Can you run in a church meeting or sing loudly or dance in the aisle because of God's goodness? Certainly, but this doesn't prove some deep level of commitment. God, in the Old Covenant, even stated that He looks at the heart or motive. He looks not at how high you jump or how fast you run to a fast or upbeat song.

It eventually morphs into performance based, efforts driven, works based attempts to relate to God our Father.

What does being on fire for God look like? Is it you praying for an hour and ten minutes whereas someone else only prays for ten minutes? Is it you giving more than another? Is it you "doing" more? See how this quest for fire can produce an efforts driven mentality?

We may send our kids off to acquire His fire, to be stirred up, to be more fire filled, "hungry" youth. Listen I am not knocking youth camps or conference. I applaud those who want to reach kids and youth. I'm just pointing out that if success is only what it looks like outwardly we are missing it.

When we hear ministers proclaim be on fire. Be "filled" with the fire. We without realizing it are working up some emotional response to "feel" our way through a relationship with God. We tend to go overboard mustering up feelings to "maintain" a level of zeal. Is this abundant living? This is why so many youth and even adults get "burned" out. There is fire on the Altar all right it is the fire of spiritual burn out. Folk burning out trying to maintain some feeling of spirituality.

Be fervent in spirit.

Allow me to elaborate briefly what the Lord revealed to me about this fire. There is a valid fire from God. I want to show you what the truth is. It isn't performance driven or emotional led.

28 Wherefore we receiving a kingdom which cannot be moved, let us have grace, whereby we may serve God acceptably with reverence and godly fear: 29 For our God is a consuming fire. Hebrews 12:28-29
See how grace is ever present even in this truth? Who is this fire? God Himself is this fire. The Word of God revealed we are His temple. That He dwells within. This is the first portion of the truth.

29 Is not my word like as a fire? saith the Lord; and like a hammer that breaketh the rock in pieces? Jeremiah 23:29

Then I said, “I will not make mention of Him, Nor speak anymore in His name.” But His word was in my heart like a burning fire Shut up in my bones; I was weary of holding it back, And I could not. Jeremiah 20:9

32 And they said to one another, “Did not our heart burn within us while He talked with us on the road, and while He opened the Scriptures to us?” 33 So they rose up that very hour and returned to Jerusalem, and found the eleven and those who were with them gathered together, Luke 24:32

This is the revelation God showed me about this concept. He challenged my theology and my tradition. I was one to preach be steadfast and on fire. Stay on fire. The burden to remain on fire was upon our shoulders. This troubled me for a time.

The issue I saw to often people who genuinely loved God but would get frustrated and disappointed because a feeling of being on fire wasn't there. So many folk just draw back feeling they don't measure up. They flock to conferences or worship nights eager to get a feeling of flames for God again so they will feel accepted or in favor with God.

Tired of the performance trap? This is the truth. God and His Word are one. Jesus is the Word made flesh. The Bible reveals the Word of God is what is on fire. This flame never fades or is extinguished.

He said be fervent in spirit. He didn't say be fervent in performance.  This passage as well as the one in Revelation is joyous to the secure believer. The insecure believer sees these passages as do these or else, you're out! Context is key. What in context preceded this admonition? Renew your mind to be transformed. We know to renew the mind we must deposit the Word in us.

Having the Word richly within us ensures that we are always on fire for God. It is not about a feeling it's about the reality of the abiding Word of God within us. Be who you already are. Be on fire for God!
Blessings and mercy and love overtake you this week. Thanks for taking the time to read.