Grace reveals: A Savior greater than all our sins 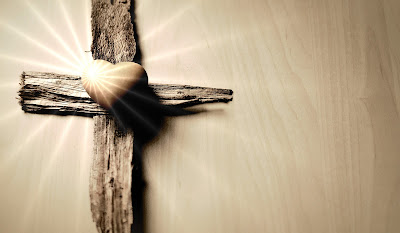 “Now, brothers, I commend you to God and to the word of His grace, which is able to build you up and give you an inheritance among all who are sanctified. Acts 20:32 MEV

We've begun a new series seeing what the Grace of our Loving Father God reveals. Religion reveals a god who is easily angered and holds each and every sin against you. Tradition teaches about an austere taskmaster who demands you get it right or you're no longer accepted and must work your way back into his favor. Grace reveals a Father that is so much better.

We don't have a firey judge quick to condemn and render swift harsh sentences. We have a Father who loves us. We have a salvation that has been sealed forever in eternity. We have a redemption that is once and for all and can never be undone.

Some see our sins and shortcomings as greater than what Jesus accomplished in the Finished Work. In the religious mind, the wages of sins committed is a loss of fellowship with God. It is prayers going unanswered. It is God temporarily disconnecting from you.

The Word declares something entirely different. The wages of sin is death. It's not loss of fellowship or unanswered prayer. This is why we need a Savior and not an austere taskmaster or an angry judge.

Seeing that death is the only punishment or wage earned for sin what hope have we whenever we miss it, blow it, or just plain sin? The answer to our predicament, the solution to our problem, the only hope for any of us, is having a Savior that is greater than our sins. We have that Savior in the Lord Jesus Christ.

Jesus and His once for all work on the Cross is greater than any of our sins. Jesus' work is finished. It is done. It is enough.

So many see their sins as something that lets God down. They feel they have let God down because they didn't resist the temptation enough but instead succumb to it. They see God as being disappointed in them whenever they fail. God is let down, that is His hopes are dashed, His demeanor is downcast, and He is unhappy all because of His people's sins.

Still, others see their sins as something that hurts God. That whenever they sin they are hurting Jesus all over again. God is so downcast and taken aback that His people just sinned.

Hear this loud and clear, the Finished Work actually worked. To think, to imply, or to believe our sins let God down or hurt Him is to say God is not satisfied with the once for all sacrifice of His Son Jesus. That God doesn't need Jesus' shed Blood alone. No, He needs your guilt, your shame, and your misery over your sins to forgive and cleanse you.

Contrary to religious mindsets, I am not making light of sin. Sin brings pain and brokenness into this world. Sin does have natural consequences. Rob a bank you'll go to jail, who wants that?

I am not making light of sin, I am making much of our Savior from sins Jesus Christ. Jesus Christ our Lord and Savior paid the highest price for all our sins. He stood bare for all to see hanging on that tree for you and me. He bore the shame and took the judgment we all deserved. He shed His perfect Blood cleansing sin once for all time.

I am putting sin back into its proper perspective. I am not for sin in any way but I don't want believers to see sin as some cosmic kryptonite that stops God in His tracks and causes Him to flee from you and have nothing to do with you until its removal. God is not accounting or charging our sins to our accounts any longer.

4 Now to the one who works, his wages are not credited as a gift, but as an obligation. 5 But to the one who does not work, but entrusts himself to the one who justifies the ungodly, his faith is credited as righteousness. 6 So also David speaks of the blessedness of the one to whom God credits righteousness apart from works: 7 "Blessed are those whose lawless deeds are forgiven, and who sins are covered. 8 Blessed is the man whose sin the Lord will not take into account." Romans 4:4-8 Mounce

This is the blessedness of God's gift of Righteousness. Non-imputation of sins. This is the Work of our precious Savior. This is the once for all perfect work of our Savior Jesus Christ. We have a Savior greater than all our sins. Magnify Jesus and His Finished Work and not our failures and transgressions.

Our sins aren't letting God down or "hurting" Him. Jesus saw all our sins and selfish acts before we ever committed them and He still laid His life down in order to purchase us and redeem us and be in eternal relationship with us. His Salvation is greater than our sins and shortcomings.

In summation, Grace reveals a loving Savior who is greater than all our sins, shame, shortcomings, and failures. Whenever you falter or fail run to your Savior. Run to Him without any sense of shame or fear of punishment or condemnation. He's already forgiven you, He has already seen your sins and He still loves you unconditionally. Magnify our Savior Jesus Christ.

Image by congerdesign from Pixabay