Grace vs Law: the Woman caught in adultery 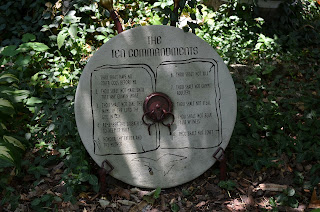 We've been in a series contrasting Grace and Law. We've been seeing how the Gospels have hidden gems found in the parables, miracles, and even the temptation of Christ, confirming how the Law is finished and fulfilled and Grace has come. The Gospels confirm Jesus is the person of Grace.

Jesus is the King of Kings! He is the Lord of all! Jesus is the Savior, He paid the price for all mankind. What a Savior! He's strong to deliver! He is worthy of every crown for the way He saved us and for the way He Loves us so unconditionally! This Grace is what's worthy of all praise and adoration and accolades. Grace leaves no place for our works, our achievements, our performance, our doing, our disciplines taking center stage, or seeking recognition.

We exalt Jesus and His Grace. We look at what He's done and stand amazed and in awe of what a Savior we have in Jesus Christ. When Grace becomes more real than anything we can do we will lift Jesus higher and begin to truly see just how great He is.

When we look at the woman caught in adultery we see Grace overshadowing Law. John's Gospel records this powerful event. The woman was caught committing sin, sexual sin. She couldn't deny it. She was guilty as accused. Shame and indecency and ruined reputation were glaring bright in her mind and emotions.

She was brought out into public for all to see. She, by Law, was facing possible death by stoning. These accusers had stones in their hands. The stones were representative of the Law, which is the ministry of death and condemnation. The Law was poised to execute severe judgment. But Jesus, who is God in the flesh, the very one who wrote the Law, came to fulfill and reveal a new and living way.

The Ministry of Righteousness exceeds the ministry of death and condemnation. Where the Law had some ready to stone her, Jesus revealed the true weight of the Law and its true purpose and intent. We see Jesus writing on the ground. Much debate is made as to what He wrote.

I believe it's simple what Jesus was writing. Jesus is God manifest among us. His writing represents the writing of the commandments on stone by the finger of God Himself. In essence, He's telling the religious, don't quote Law to me, I AM He that wrote it.

Jesus then makes the masterful statement He who is without sin cast the first stone. He gave these accusers the full weight of the Law. They saw their own weakness and flaws and their need for mercy and not judgment. One by one they left dropping those stones.

Jesus then comes to her and asks where are her accusers? Is there anyone left to condemn you? She responded no one, Lord. Jesus then gives her the full weight of His Grace;

The ministry of death and condemnation is the ministry of Law. What's of interest to note is the fact that Paul tells us this ministry of law, though it is condemning and brings death, still has glory. This is something we must understand.

Churches and ministries that preach mixture may have powerful meetings. They may have wonderful charitable outreaches. They may win the lost and even spread the message of salvation through Christ around the globe. Yet they are ministering death and condemnation and don't even grasp that they are.

I have seen some spectacular miracles and signs and wonders that would leave you in awe and amazement at our loving Savior's power and might. I have seen God heal bodies that were beyond help medically. I have seen recreative miracles where people have gotten out of wheelchairs and are now walking. These were in ministries that preached mixture strongly.

Why is this? God is not giving His approval of mixture. It's just that there was a glory to the ministry of condemnation. Knowing what Jesus has done for us in the Finished Work, how much more glory should we be expecting and seeing under the ministry of Righteousness?

The ministry of Righteousness exceeds in glory. God meets people right where they are. He shows up in the very midst of their sin and problems bringing Grace and restoration. Religious ones who cling to Law only know to grab stones when addressing anyone's failures.

Going through a divorce? Tradition only knows to grab stones and forbid you to ever marry again. They are stoning you figuratively, killing your chance of ever finding a peaceful Godly marriage.

Struggling with addiction? The stone throwers will "kill" any chance of finding forgiveness and acceptance as the stigma of addiction will always be present with them. God can't keep forgiving you and other such lies being spoken over you.

A minister that has failed? The stones come strong and swift. You'll never be allowed to minister again. God could never use you again.

The Law becomes stones in the hands of the religious poised to accuse and condemn at a moment's notice. Grace has hands that stoop down to pick up the downtrodden, not stone them. Grace brings with it the gift of no condemnation which empowers us to go and sin no more.

When Jesus arose victoriously, the stone was rolled away. The stone made way for the new and living way. The Law being fulfilled gave way to the true glorious ministry of life and Righteousness.

For one to find lasting peace, wholeness and fulfillment look only to the Cross of Christ. Behold His glorious Resurrection. Set your affections and heart desires only upon Him and see how He is your all and all. There is nothing He won't do for you. There is nothing His Grace can't overcome and bring forth victory. There is nothing you've done or could do that would stop God from working on your behalf. If He died for you while you were His enemy how much more will He do for you now that you're His child?

In summation, Grace is greater. Grace outshines Law. Throw away the stones and be a channel of healing and forgiveness and restoration. Our hope is built upon His Righteousness not our own.

Image by Angi Yowell from Pixabay