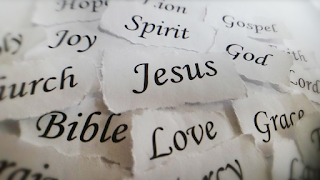 We've been in an extended study examining the Gospel Paul preached. We've stated with all the voices in the wind speaking of the Gospel, claiming to know what it is and what it isn't, wouldn't it be great if we could find an Mp3 or CD of one of the original Apostles sermons? The good news is we don't have to wonder what Paul preached, God's Word records one of Paul's messages, and we can see clearly what the Gospel message is.

Acts 13 details the Gospel Paul preached. We've seen that Paul proclaimed the faithfulness of God, that Jesus is alive and salvation is found in Him alone. Paul proclaimed Good News. He declared the forgiveness of all our sins in Christ. In our last study, we saw that Paul revealed only Grace redeems and makes us Righteous not the Law, or human efforts, performance, or good deeds.

Today, we want to conclude the series with the final word Paul gave his listeners.

42 So when the Jews went out of the synagogue, the Gentiles begged that these words might be preached to them the next Sabbath. 43 Now when the congregation had broken up, many of the Jews and devout proselytes followed Paul and Barnabas, who, speaking to them, persuaded them to continue in the grace of God. 44 On the next Sabbath almost the whole city came together to hear the word of God. Acts 13:42-44 NKJV

Paul proclaimed the Good News. He proclaimed Newness of life can be found in Christ apart from works. Conspicuously absent are any words of condemnation. Condemnation kills. Condemnation doesn't draw the masses. It turns away the masses. Preaching the Goodness of God is what draws men toward God. Proclaiming His great Love and Grace is what changes men's minds and hearts.

As for the final word Paul proclaimed let's look again at the passage.

Now when the congregation had broken up, many of the Jews and devout proselytes followed Paul and Barnabas, who, speaking to them, persuaded them to continue in the grace of God. Acts 13:43 NKJV

Paul told the people to continue in Grace. If we are to continue in Grace then that means Grace is the Gospel and the center of the Christian life. This means our attempts to merit God's Goodness and favor and acceptance is not continuing in the Grace of God. Paul is essentially proclaiming that we can't earn what is only freely given.

People have tried to use Paul to declare that works and performance and behavior are the only means by which we obtain the promises of God. They will take his words out of context along with Peter to rearrange the Gospel message. Traditional religion proclaims a gospel of works that is no gospel at all.

Certainly, our behavior matters, don't misunderstand me. Paul simply showed the way we grow up into good works and good behavior. We continue in the Grace of God. We know because of Grace and the gift of Righteousness we are forever accepted and approved. This removes the shame of our misdeeds and failures and sins. We can get back up when we fall. We can freely admit our flaws without shame or fear of punishment from God. We can freely make amends to those we may have hurt. Why? because shame and fear have been done away with in Christ.

In closing allow me to address one point Paul made. Paul did declare a warning to these listeners. But this warning was not condemning nor was it spoken in anger. Paul was pleading with the people. Don't reject this Grace in favor of your works and performance. And that has been the case throughout the early days of the birth of the Church. People wanting to mix Law and Grace. To get people to keep striving and attempting to earn God's Love.

In summation, Paul preached the Gospel of Grace. He proclaimed the forgiveness of all our sins. That the Law can't redeem or make Righteous. Only His Grace makes us accepted and approved with the Father. Embrace Grace and continue in Grace and don't try to earn or achieve what is only freely given by Grace through Faith, purchased by His precious Blood.

Image by Jeff Jacobs from Pixabay