The Gospel of Grace: Reality of the New Covenant 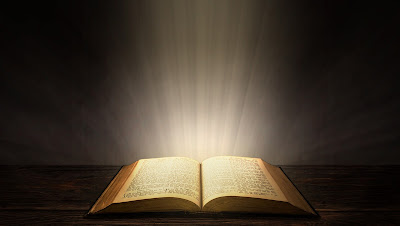 
Out with the Old, in with the New

Just as we make room in our house for the new things we buy we also need to remove the Old to make room for the New. Sometimes though we like to keep some of the old stuff and try to cram the new stuff with the old in our storage places. In like manner, Christianity likes to keep the Old and New together. Christianity hasn't made room for the New.

We see many churches and ministries vying to keep aspects of the Old Covenant, while the New Covenant has come. Ministries want to incorporate what prayer and giving and relating to God looked like under the Old and add that to this New Covenant. Look at the songs we sing. Look at the books we write. Look at the sermons many preach.

Old Covenant saints begged God not to remove His presence from them. They had to ask and plead for God to come into their midst. They had to follow certain protocols for God to move on their behalf. They had to go to a prophet to hear a word from God.

Today, churches sing songs just like the Old is still intact. We sing begging Him to come to meet with us. We ask for more of Him. We model our prayers after Old Covenant principles. This is not making room for the New.

When a well-known minister declared it's time to make room for the New, out with the old and in with the new, many believers were in an uproar. I specifically addressed this issue in two former posts, you can read here and here. People don't want to put aside the Old they've grown accustomed to.

The New Covenant provided a New and living way to relate to God. What makes the New, New? Jesus! He fulfilled the Law with all its demand. He is the substance of what was once the types and shadows. What makes the Old, Old? Us! In other words, the Old Covenant was reactionary, not provisionary. It was a reactionary covenant agreement contingent upon man's behavior. The outcome of any situation depended entirely upon man's ability to perfectly obey the commandments, the statutes, and regulations of the Law.

This aspect of the Old, man's doing, is what so many ministries, churches, and believers long to keep alongside the New. The problem is there isn't any room for both. There is no place for Jesus to be the total provision and at the same time keep the reactionary portion of the Old. That is, if we do this, God will do that. That isn't living by Faith. That is living by Law.

When we see provisions like healing, Spirit empowerment, answered prayer, Righteousness, many want to keep in place stipulations, conditions, and prerequisites on the receiving of them. In the New, Jesus paid in full for these in the Finished Work. To receive them, just believe it.

Too often though, some don't wish to remove the Old and make room for the New. They will readily say these things are "available" but they are now mere rewards. Instead of provision, they are now a wage earned. They come by a combination of Faith and good behavior. If man could be worthy in their own strength of doing and obeying perfectly, why did Jesus even come?

This is a major shift in our thinking and understanding of how God moves today. We still want our good deeds, our abstinence from sins, and our faithfulness, to be tallied in our favor and subsequently rewarded to the full. We want recognition for our goodness. This is the root which drives us to keep portions of the Old alongside the New.

In order to fully grasp the New and relinquish the Old, we need to experience this shift in our thinking. Under the New, doing good and charitable deeds, abstaining from sin, being faithful is living from a relationship with our Father. You see under the New, we've received perfect, unconditional love. From this supply of love, we find ourselves effortlessly responding in love toward others. It isn't about trying to acquire enough points to be blessed. Blessing and provision are already ours apart from our performance, they are fully provided and paid for in the Finished Work.


The Cross worked and changed everything!

Another aspect of the Old so many cling to is judgment. Not only do many seek the rewards of their doing, but they also long for the punishment of what others are doing. Many still cling tightly to an "I hope God gets them for that" mindset.

That is truly the root in all the judgment and wrath sermons and books and songs we see in the Church. The reality is this is merely cherry picking God's judgment. If we are to see swift judgment on behavior that would have to include our own. We surely aren't in favor of that. Our actions have good intent, we justify, others are just bad.

That is the self-righteous mindset Jesus railed against when He walked this Earth. Look at the judgment we see in the entire Old Testament. He flooded the Earth. He sent fiery serpents. He sent judgment on Israel when they broke the covenant. He reigned down hellfire on Sodom and Gomorrah. Why these acts of judgment?

You know people aren't making room for the New when they proclaim outlandishly that God must apologize to Sodom if He doesn't judge America for its sins. Just what sins did Sodom have? Sexual immorality, lust, basically men following their every desire. Yet Jesus even said the sin of self-righteousness, refusing the Good News of Jesus was worse.

The Cross made the difference. If judgment for sin falls on any person or nation then God would have to apologize to Jesus. Jesus paid the full price. He took the full penalty of all sin. God the Father accepted this once for all sacrifice. The claims of justice were completely met. There is no more judgment for sins.

9 Just as in the time of Noah I swore that I would never again permit the waters of a flood to cover the earth and destroy its life, so now I swear that I will never again pour out my anger on you. Isaiah 54:9 TLB
God isn't sending storms and tsunamis to coastal regions because of their wickedness. God isn't causing earthquakes, erupting volcanoes, striking places with tornadoes, creating wildfires, all to punish sinful places. Shock jock Christian voices see a natural disaster and proclaim God must be judging that land.

Yet, we see places that are flourishing and they are "sinful". Stay consistent with Scripture. When judgment fell, God always sent a prophet proclaiming the coming judgment giving them the opportunity to change their ways. It isn't prophetic when we proclaim some divine sentence occurred after the fact!

In summation, we need to make room for the New. We need to stay faithful to the Finished Work. Stay true to what Jesus accomplished. We don't need to keep works, performance and earned blessing mindsets with New Covenant provision. We need to accept the reality that the cross worked.

There are consequences of poor choices. In a fallen and fractured creation, we will see disasters. Yet, none of these are orchestrated by God's hands. Jesus paid the complete price. We are forgiven once for all time.  Let's honor and only make room for the New and relinquish the Old.
image@Pixabay/jeffjacobs1990
Posted by John W Reed at 08:33