The Gospel of Grace: The Reality of our Righteousness in Christ 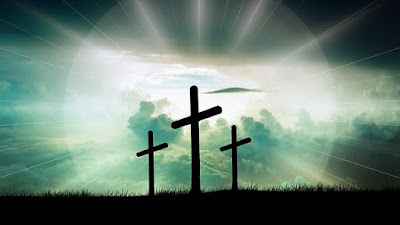 We've been in a study of the Good News Gospel of Jesus Christ. The Gospel of God's Grace pledged and manifested in Christ. We've seen that this Gospel is not about religion but relationship. We've seen the reality of the New Creation what it means to be a New Creation in Him.

Let's define Righteousness Biblically. When understanding what it is we can also see what it isn't. Righteousness is the Greek word "dikaiosune." Strong's defines it as Christian justification. So what does justification mean? The Greek word dikaioo translated justified means to render just or innocent, free, be righteous.
In a nutshell, Justification is to be declared righteous. What the Cross, the Finished Work accomplished is that God declared those who believe Righteous. Even more so, His perfect cleansing Blood actually made us Righteous.

Righteousness is not a message of works that we perfect enough to become something. The great exchange occurred in the Finished Work. Jesus became something He never was, He was made sin, so we could become something we've never been, Righteous.

Being Righteous doesn't mean we never mess up again. It doesn't mean we are fully mature believers overnight. Being made Righteous occurs instantly the moment we believe and through Him, we mature into who He has already made us.

Righteousness isn't a work we achieve, it's a gift we receive. If Righteousness was attainable by our doing, then why did Christ have to suffer and die? If Righteousness is received by the infusion of works and Faith, what work of men helped Jesus complete the plan of redemption? What part of Redemption did mankind help Jesus pay for? Righteousness is a gift no amount of works, good deeds, self-effort or promises to live better could merit its reception.

Paul the Apostle many times reveals that it is a false message, a false gospel if you will, that states we must earn righteousness. Some may say I am not about keeping Law but then will place more and more burdens on people to achieve right standing with God. Let's look at what righteousness is again.

Now any message you hear that states you must do something besides believe to find this right standing with God, know that is false teaching. If women are told to not cut their hair and never wear makeup to be acceptable to God reject that lie. If men are told to remove the jewelry, be clean shaven and have their hair cut short to be found pleasing to God reject that idea.

You see, religious tradition creates works, deeds, activities one must engage in for God to find people pleasing and acceptable to God. When they do this, they are preaching a message of works righteousness. We are only accepted and pleasing to God by Grace through Faith.

Am I saying God will always find us acceptable and pleasing regardless of our thoughts, words, and behavior? The answer to that question is found in an understanding of our identity. Words, thoughts, and deeds aren't the sum total of who we are.

In Christ, as a beloved child of God, made in perfect right standing by Faith in Christ I am made perfectly accepted and approved and pleasing to the Father. Actions apart from identity aren't always accepting and pleasing. As a Good Father, He lovingly reminds me of my identity and more and more I choose my true identity and not the false one that the enemy, the flesh (wrong thinking) and the world system try to convince me of, I find freedom and walk in my true identity.

Again, any message that teaches us that we must do certain things to be found acceptable to God is rejecting the truth of Righteousness by Faith. Rest knowing if you have believed you are accepted and approved of God. You don't have to join in self-improvement works programs tradition creates. The whole "If I just did this more" or "If I did this less" God would find me accepting and pleasing, is a burden that weighs down people and slowly removes the joy of their salvation.

In summation, know believer, that you are the very righteousness of God in Christ. Christ exchanged your old sinful life with the New. He recreated you righteous and perfectly holy. He gave you His Righteousness. You are just as Righteous as Jesus. You never need to look for approval from any man. You've been given an irrevocable Righteousness. You're forever Righteous and accepted and approved of God. Now be you, the you He created you to be.
image by geralt@Pixabay
Posted by John W Reed at 13:38

Thanks so much fo your encouragement.