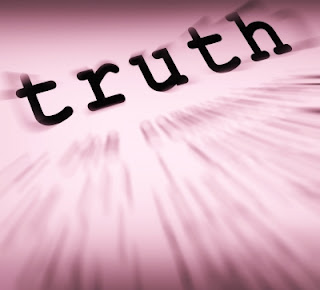 17 For while the Law was given through Moses, grace (unearned, undeserved favor and spiritual blessing) and truth came through Jesus Christ. John 1:17 AMPC


Grace and truth. Is there a division or distinction between the two? Can you have one without the other? In some circles, it seems the two oppose one another. To some, it seems Grace and truth are two opposites.

The idea presented is Grace is good news but brace for the bad news, we must now unveil the truth. You're forgiven but not really. You're eternally saved but it's not truly eternal. On the other extreme, Grace seems like it was designed to oppose the truth. Grace becomes simply a justification for slothfulness or poor choices.

The reality is Grace and truth are on the same plane. They go together. We can't have one without the other. Grace and truth came by Jesus. It isn't truth with some Grace to balance the hard stuff. It isn't Grace with just the truth as we fabricate it. Grace and truth flowing together are, in fact, good news.

What is Grace? It is the undeserved, unearned, unmerited favor of God. It is God, in His mercy, stooping down to spiritually dead, rebellious, unloving humanity and making up the difference. It is Him showing us loving kindness even though we could never earn or merit it. It is God becoming a man and paying our debt in full with much more to spare. It is Him receiving the full penalty for our transgressions. The pure and innocent taking the place of the guilty. It is the unconditional love and goodness of God manifested in the person of Grace, our Lord Jesus Christ.

A Grace revolution has spread throughout the Earth freeing the masses. Saint and sinner alike are hearing and responding to the good news. The saints are throwing off the shackles of dead works. The sinner has forsaken his former nature and embraced the invitation of Grace and received new life. What an exciting time to be alive.

Yet in this wonderful excitement, we who know the truth of Grace must remain vigilant. The enemy stirs up opposition. Tradition wishes to stake a claim on Grace. Their mantra is Jesus plus something. Deception wishes to stake a claim on Grace seeking strongly to pervert the message. This is why we must reclaim Grace. In order to accomplish this, the first thing we must do is defend the truth.


In Defense of the Truth

There is a popular social media meme with a supposed quote by St Augustine. It states "the truth is like a lion; you don't have to defend it; let it loose; it will defend itself." Countless times I have witnessed this popular quote bandied about on various social media posts. I've seen many people cheer this sentiment. The problem? Well, this theory or philosophy is clearly contrary to Scripture.

This concept has never set right with me. While in meditation in prayer the Lord spoke to my heart concerning this sentiment. He said if truth has no need to be defended then rip out the entire book of Galatians from your Bible.

The reality is, people, champion this sentiment because they've become like a politician. What will produce the most votes if you will? What will procure the most likes from social media posts? What will boost my following or popularity? Won't hold an opinion on anything, or just won't share it publicly with others, that could potentially jeopardize my popularity or turn away my devotees.

I know some would be quick to shout just preach Jesus, everything will take care of itself. Is that so? I guess Paul didn't just preach Jesus enough because the church in Galatia was falling from Grace embracing a performance based faith after already hearing Paul preach Jesus. The unpopular reality is truth needs to be defended.

Let's see how the Apostle of Grace Paul feels about the truth. Does it need to be defended?
7 For it is only right for me to feel this way about you all, because I have you in my heart, since both in my imprisonment and in the defense and confirmation of the gospel, you all are partakers of grace with me. Philippians 1:7 NASB (Emphasis mine)

16 the latter do it out of love, knowing that I am appointed for the defense of the gospel; Philippians 1:16 NASB (Emphasis mine)
Paul the Apostle of Grace seems to feel the truth needs some defending. Maybe this was just his personal view of ministry. Did he teach this to others as the way they should minister?
9 He must hold fast to the sure and trustworthy Word of God as he was taught it, so that he may be able both to give stimulating instruction and encouragement in sound (wholesome) doctrine and to refute and convict those who contradict and oppose it [showing the wayward their error]. Titus 1:9 AMPC

Hear what the Apostle of Grace Paul is saying. We must encourage and exhort the people with the truth. We also must defend the truth from those who oppose it. We must be able to show the wayward where they err. We must not shrink back in fear of losing a crowd or not pleasing everyone, but with boldness proclaim the truth in love but also confront and refute the error and lies the enemy tries to sow into the minds of the unlearned or deceived. To be clear, the devil and his lies and deception are the real enemies, not flesh and blood.

Now, this is no way means that Paul intended for us to quarrel constantly amongst ourselves as believers. It does mean that it is ok to take a stand for truth. It does mean it is ok under Grace for believers to actually have an opinion or God forbid hold to a particular point of view. (On a side note, let me say we should stay at peace if, at all possible, with others, but it is acceptable under Grace to hold to a political, or social or economic viewpoint and to actually express your opinion without throwing stones.)

What the Word of God is saying when we teach the truth we should minister encouragement. We share the good news. At the same time, we should also bring correction to error and deception. Because we love the family of God we don't want deception to overtake them.

Now that we've seen truth is to be defended, we can begin reclaiming Grace. We can relinquish any works or performance-based concepts or teachings trying to oppose the truth. We can, by sticking with clear Scripture, defend the Grace Gospel from deceptive error.

In fact, the Lord revealed to me the message of Grace falls upon three types of hearers. I will address these types in the next few posts. Stay tuned for these informative messages. Once we are complete with this brief study we will be further equipped with Grace and truth and will be able to further spread this glorious Grace Revolution even more effectively.
Image courtesy of Stuart Miles at FreeDigitalPhotos.net
SaveSaveSaveSave
Posted by John W Reed at 13:06