Understanding Grace: What about God's wrath and judgment? 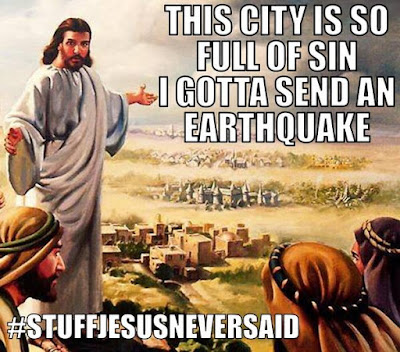 We've been in a series studying the over the top, too good to be true but true, Radical Grace of Almighty God. We've established what the gospel message is. As of late we have been dispelling myths and accusations hurled upon the "message" of Grace.

One declares God is an angry vengeful God, keeping score on how many individuals, governments, and nations miss it. God is poised and made Himself ready to smite any who don't measure up. The other line of thinking dismisses any Biblical passages about God's wrath. God was never angry and to believe otherwise is an admission that one hasn't grasped the concept of Grace.

I believe when we understand the gospel truth and why Jesus came in the first place we readily see that both of these ideas are wrong. The legalistic, performance minded resent the message of God's Radical Grace. The foolish minded misrepresents the message of Grace. We who have received the truth of God's amazing Grace desire to represent this beautiful gospel to the masses.

“The Spirit of the Lord God is upon Me,Because the Lord has anointed MeTo preach good tidings to the poor;He has sent Me to heal the brokenhearted,To proclaim liberty to the captives,And the opening of the prison to those who are bound; To proclaim the acceptable year of the Lord,
And the day of vengeance of our God;To comfort all who mourn,
Isaiah 61:1-2 NKJV

In Isaiah, we see the prophet foretelling of the Finished Work of Christ and His second coming. What do we see God doing here? He is setting things right, He is bringing deliverance and freedom. We see only one mention of wrath or vengeance.

If you study the gospel of Luke Jesus cites this passage to reveal that He is, in fact, the Messiah. Jesus rightly divides the Word of God in Luke 4. He quotes verses 1 and a portion of verse 2 of Isaiah 61. He mentions the acceptable year of the Lord but omits the portion stating the day of Vengeance. Why?

One it was Jesus taking all of our punishment and satisfying the claims of justice on that Cross. It was Jesus taking the full wrath of God for all humanity. This is why when we see a tsunami strike some nation we can't say that God must be judging that nation for their sin. How could God put all that judgment on Christ and then say that wasn't enough, I must send an Earthquake to "straighten out" a wayward nation?

Secondly, I believe the day of vengeance is also referencing the second coming of Christ when He will fully make right the things on this Earth. The full price and penalty of all sins have been paid by Christ. However, there are some who are disobedient to the gospel. That is to say, they are knowingly rejecting the gospel and being a stumbling block for others who want to receive. His return will even the scales of justice.

Let's talk about God's anger or wrath. Throughout the Old Covenant, we see God's anger mentioned. Here is an honest question. Did God get "born again" in the New Covenant? Did the "GodFather" suddenly become Father God? Of course not! He was always good.

This passage in the Psalms in other translations tends to give the impression God is always mad and in a bad mood. If you do an honest study of the Old Covenant many of the passages we see God trying to send blessings but the people reject His goodness. Some pursue ideas and actions that are contrary to God's nature of mercy, and love and compassion. Because there was no mediator between God and man God had to allow judgment or wrath to fall.

Under the New Covenant, moving aside all the philosophical debates, and eloquent speeches, and getting down to the root what is the real question about God's wrath? I believe it is a simple question with a simple answer. I've blown it or messed up or down right deliberately sinned. Is God mad at me? Is God going to get me? Is He going to send some punishment or some harsh experience to instruct, or chasten me?

Allow the Word of God to answer this concern

“9 Just as I swore in the time of Noah that I would never again let a flood cover the earth, so now I swear that I will never again be angry and punish you. Isaiah 54:9 NLT

9 Much more then, having now been justified by His blood, we shall be saved from wrath through Him. Romans 5:9 NKJV

9 For God did not appoint us to wrath, but to obtain salvation through our Lord Jesus Christ, 1 Thessalonians 5:9 NKJV

Allow this to be personal to you. Let the truth wash over you. God isn't mad at you. God isn't in a bad mood. He isn't holding your sins against you. He isn't ticked off with you continually because you keep messing up. God isn't saying to the Holy Ghost, "I'm so fed up with them!" Jesus isn't there trying to "soothe" or appease God's ever increasing anger with us. God is a good Father who rejoices over us with joy. He is pleased with the Finished Work of His Son.

As we have already established, God corrects poor behavior choices by reminding His kids who they are and whose they are. So don't misunderstand what I'm saying. But don't look to God as some cosmic taskmaster who can't wait to dole out wrath and judgment to people. Jesus brought the truth to people that God is a good God.

In summation, Grace recognizes God was angry with injustice and even today He isn't rejoicing in the selfish acts perpetrated by mankind. We do know that God didn't just shake His fist in despair or disgust. He did something about it. He paid the highest price.

Grace doesn't deny the wrath of God. We know and understand God poured that wrath out on Jesus. We know that those who oppose God's free grace and mercy have decided to partake of final judgment instead of New Life in Him. There is no conflict between Radical Grace and God's wrath. Wrath is an attribute of His love. He protects those who have willingly come under His care and received His life.
Posted by John W Reed at 16:21