The Gospel that Paul preached: Forgiveness of sins 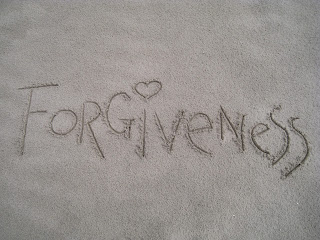 In Acts 13 we see the full message Paul proclaimed. So far we've seen that the Gospel Paul preached was nothing but Good News. That is the faithfulness of God, Jesus is alive, and that salvation is found in Him.

As we stated from the beginning of this series, the audience Paul is preaching to is Jews in the Synagogue and based upon the passage apparently Gentiles could somehow hear the words Paul is preaching as well.
It is possible there was a special section that Gentiles were allowed to enter to hear the words of one speaking. I don't want to speculate further as the passage doesn't tell us how they heard, but it does say they did hear.
So Paul had a diverse audience but he directed his words to the Jews. He pointed out one of the greatest saints in the Old Testament. He points to David.
36 “For David, after he had served his own generation by the will of God, fell asleep, was buried with his fathers, and saw corruption; 37 but He whom God raised up saw no corruption. Acts 13:36-37 NKJV
Paul masterfully points out that Jesus is greater. The point Paul makes is Jesus is greater than any natural man. He is greater than any Old Testament hero. He is greater than any of your traditions.
Jesus is greater. Greater than any achievements of man. Greater than any esteemed man on Earth, be it, king or priest. Jesus is greater and worthy of all our praise.

The Forgiveness of Sins

The most important thing Paul preaches in His Gospel is the main theme. That our sins are forgiven once for all time because of Jesus. Paul proclaimed the forgiveness of sins.
38 Therefore let it be known to you, brethren, that through this Man is preached to you the forgiveness of sins; Acts 13:38 NKJV
The Gospel Paul preached wasn't a message preaching about sin and darkness. He didn't preach about how sinful and unworthy the masses are. He didn't preach how God is so angry at your sins and sinfulness and shortcomings. No, Paul proclaimed the Good News. He proclaimed the forgiveness of your sins, not the remembrance of your sins.
I wonder how often the audience Paul is addressing had heard message after message about how often they fell short and messed up? I wonder how often they heard messages designed to remind them of their sin but not giving them hope for their condition? I wonder their hearts reaction upon hearing that there is forgiveness for their sins?
Paul proclaimed a message of hope and healing. He preached the Good News Gospel of Jesus. He pointed these people to Jesus. He pointed the people to the greater One, not to their sins and failures, and their traditions that kept them where they were without hope.
It would do us good if preachers today would preach the message Paul preached. Instead of railing about sin and darkness why not preach the solution? Instead of preaching about how far people have fallen short, why not remind them no matter how far they've fallen, and yes there are real and lasting consequences for sin, but no matter how far they've fallen and what consequence they're experiencing there is still forgiveness in Christ?
In summation, let's preach the Gospel that Paul preached. Jesus is greater than all, all positions or riches of men. Greater than any tradition of men. That there is total and complete forgiveness in Jesus. There all your sins are forgiven in Christ. Truly Paul proclaimed glad tidings for all, for whosoever would receive.

Image by BenteBoe from Pixabay