Good News vs. Fake News: You're under a curse for not tithing 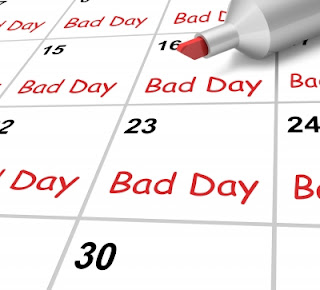 
We've begun a series of study that is highlighting the differences between the good news and the bad news of religion. We are distinguishing between truth and tradition. What we are not doing is attacking and accusing our fellow Christian brethren. Even though some see Radical Grace believers and teachers as their enemy we don't have to count them as ours.

Ever sat in a local church and heard them take up the offering? Vast numbers of churches and ministries will mention the ten percent, or tithe, Christians are "supposed" to be paying. As you hear these words, how often have you grasped your purse or wallet a little tighter? Suddenly, you're reminded of the utility bills or mortgage. What about food for the week? Then the guilt may overtake you for not giving a full ten percent. What if you don't give?

This is right where so many Christians live and this is where many ministers quickly reference this supposed "curse" for not giving a full ten percent of your income on a consistent basis. So fear, guilt, and condemnation are the true motivation for many believers giving. Is this the right motive in our giving? Paul apparently didn't think so.
7 So let each one give as he purposes in his heart, not grudgingly or of necessity; for God loves a cheerful giver. 2 Corinthians 9:7 NKJV

Brother, doesn't God's Word, in fact, say we are cursed for not tithing? Glad you asked.
“Will a man rob God? Yet you have robbed Me! But you say,‘In what way have we robbed You?’ In tithes and offerings.You are cursed with a curse, For you have robbed Me, Even this whole nation. Malachi 3 8-9 NKJV
See it says so right there, brother? It does say there is a curse for not tithing, but who is God talking to and what is He referencing?

The key to understanding and rightly dividing this passage is the phrase, this whole nation. What nation? Is the Church of Jesus Christ an actual nation? If so where is it so I can move there?

No this is obviously referencing the nation of Israel. God is speaking of a specific issue that is occurring in the nation of Israel. The people were forsaking the tithe, which meant the tribe of Levi would go without their needs being met. One main objective of the tithe was to provide for the tribe of Levi because they didn't receive any inheritance.

As for a curse, God was only revealing the consequence of blatant disobedience. Now, what Covenant is this taking place in? This is under the Old Covenant and dealing with a specific issue affecting Israel. This is not the New Covenant. Under the New, Christ already bore every curse there is. There is no more curse in effect for not giving a specific amount. Galatians 3 reveals Christ redeemed us from the curse of the Law.

Tradition will still argue that as Christians we are still under the command to tithe. They will say things like, "the tithe filtered through the Cross". "We know we still tithe because nowhere in the New does He say stop." A simple study of the early Church should put these traditions to rest.

In Acts 15, a historical event occurred. The Church held a meeting to preserve the Gospel free from error and works based tradition. This was the opposing argument,
5 But then some of the believers who belonged to the sect of the Pharisees stood up and insisted, “The Gentile converts must be circumcised and required to follow the law of Moses.” Acts 15:5 NLT

We must understand that this being ancient times people couldn't just go to the local library and check out the Law and read up on it. People couldn't fire up their Mac and look up the Mosaic Law. So these Gentiles would have no learning in matters of the Law. When did they hear the teaching of Malachi and Leviticus commanding the tithe? Where would they read about the command to be circumcised?

Keep that in mind as you read and study Acts 15 in context. The legalists wished that the Church specifically keep the Law of circumcision. Note however what gets lost in the debate. They strongly desire that the Church be required to follow the Law of Moses. In this Law, there is the command to tithe. So they wanted to ensure the Church continues in the tithe.

What is the conclusion the Apostles reach?
24 Since we have heard that some who went out from us have troubled you with words, unsettling your souls, saying, “You must be circumcised and keep the law”—to whom we gave no such commandment Acts 15:24 NKJV

The Apostles say in one accord that we never gave a command to continue in the Law. This would include tithing. The reason there is no command to stop tithing is that there was never a command to start in the New.

Did the tithe filter through the Cross? No! That is the thinking of legalists who wish to merge the Old and New Covenant together. Fair-minded believers will acknowledge that there are a few similarities in the New and the Old. What I mean is there are universal truths that reveal the Character of God.

Adultery was wrong before the Law, during the Law, and under the New. It is obvious because God is love. He isn't about breaking Covenant and betraying those He loves. So there are some moral similarities between the Old and the New. However, when you look to the Old to see principles of receiving blessing, favor, and goodness you've missed it.

So are we cursed for not giving ten percent of our income away? Absolutely not. We give to be a blessing and to advance God's influence in this World. There is no curse awaiting those who choose not to give.

Is God looking at that single mom who struggles to get by with arms folded in disappointment and displeasure? Is He saying, "I wanted to pour my favor out upon you but you haven't given me exactly ten percent of your gross income?" I know tradition says yes. They say "you can't afford not to tithe." To say something like this means you believe there is an attached curse for not tithing.

Relinquish the lies of tradition. Cast down the fears tradition brings. Stand fast in the Finished Work. Follow God's giving plan for your own life. God may, in fact, tell you to give ten percent. He may tell you to give two percent. He may even tell someone else to give 90 percent. The point I am making is, don't allow any man or ministry to dictate to you how much or how often you should give. We also shouldn't try to put God in a box concerning a specific amount and no one should put guilt, shame, fear or condemnation on others for their giving amount. Just follow God's guidance for your life when it comes to giving.

Father God is a big God. He is a good Father. His divine hand of favor rests on the lives of His children. If we trust Him, if we lean on Him and follow His guidance He will lead us into paths of wisdom, favor, and blessings. This also means as we follow Him, He will use as instruments of blessing. He may lead us to pay for someone's gas. Buy their groceries. Help them with their rent. What an impact we can make when we flow with His Spirit. We are blessed to be a blessing and in Christ, we are never under a curse.
Image courtesy of Stuart Miles at FreeDigitalPhotos.net
Posted by John W Reed at 11:06