Redeemed from the Curse of the Law 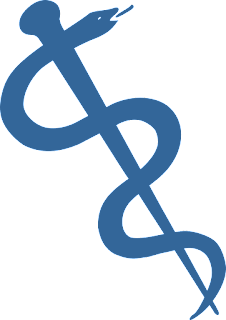 Christ redeemed us from the curse of the law by becoming a curse for us. For it is written: “Cursed is everyone who is hung on a tree.” Galatians 3:13 BSB

God is for us and not against us. God is for us, think of it. The Almighty God, Creator of Heaven and Earth is for us, desires relationship and fellowship with us.

In truth, all humanity had been spiritually dead or separated from God. We were all rebellious, going our own way, enemies of God. Yet this God who is so loving sent His Son and made a way out of this death and sinfulness. All one needs to do is receive this gift.

Jesus' death, burial, resurrection, and ascension to the right hand of God did much more than simply forgive our sins. As wonderful as the forgiveness of our sins is, this gift alone was not enough. We were spiritually dead and needed to be made alive not just forgiven of all our many trespasses.

We needed to be redeemed from all that the enemy, and the fall, and the curse brought. Jesus offered Himself and perfectly purchased redemption for whosoever will freely receive. Because of Jesus' work of redemption we have been made alive, made Righteous and forever forgiven.

We who believe are not just saved sinners. We aren't sinners saved by Grace. We were sinners, and because we believed we received this perfect work of redemption. So what exactly were we redeemed from?

Throughout the Scripture, God painted a picture of what redemption from the curse of the Law actually is. Christ put the pieces together when He was speaking to Nicodemus;

And as Moses lifted up the serpent in the wilderness, even so must the Son of Man be lifted up, that whoever believes in Him should not perish but have eternal life. John 3:14-15 NKJV

Jesus pointed to the serpent in the wilderness being lifted up as a type and shadow of redemption. If you're unfamiliar with this account, see it here in Numbers 21. The serpent on a pole represents Jesus at the Cross? Why not a lamb on a pole? Isn't Jesus seen as the Lamb slain before the foundation of the World?

This is why studying the Word is so essential. Jesus is the perfect lamb. He was sinless and able to pay the price. The serpent on the pole represents Jesus becoming a curse for us. The picture of the serpent was only on the pole. On the Cross the perfect lamb became a curse for us, redeeming us from the curse. The work of the Cross is multifaceted.

Seeing Jesus as the serpent on the Cross helps us see the greatest type and shadow of what this redemption entails. We find it in Exodus;

So Moses and Aaron went to Pharaoh and did just as the LORD had commanded. Aaron threw his staff down before Pharaoh and his officials, and it became a serpent. But Pharaoh called the wise men and sorcerers and magicians of Egypt, and they also did the same things by their magic arts. Each one threw down his staff, and it became a serpent. But Aaron’s staff swallowed up the other staffs. Exodus 7:10-12 BSB

Here we see how Aaron's staff was turned into a serpent. Then the Egyptian's rods turned into serpents as well. Some have only seen this incident as proof that the enemy counterfeits what God does. They stop there but miss the greater truth.

Aaron's staff swallowed up all the others. This serpent swallowing up all others is a type and shadow of Jesus' work of redemption "swallowing up" all of the curse. Jesus became a curse to redeem us from the curse.

Take note of this powerful type and shadow. The Egyptians are listed as three different groups. The wise men, the sorcerers, and the magicians. This illustrates something so powerful. The curse of the Law is threefold, and Aaron's rod swallowed all of it!

Christ has redeemed us from the curse of the Law. So what exactly is this curse? When we speak of the Law, sometimes it refers to the first five books of the Word, the five books of Moses called the Pentateuch. What is the curse that has been incurred because of the broken law?

Christ has redeemed us from the curse of the Law. Jesus became a curse to redeem us from all the curse. The fall, the broken law, and the enemy brought death, disease, and desolation to all mankind. Jesus' perfect work of redemption translated us from darkness to light. Poverty, sickness, and death no longer have a claim on our lives because of Jesus!

God is for us and not against us. These curses came as a result of the fall. They were not there because God was mean and scary and wanted to hurt people. The sin, the rebellion, the alignment with the enemy brings with it destruction and death. So what must we do to partake of this redemption?

Tradition places requirements, rules, and stipulations on receiving this redemption. What we must remember is what Paul revealed by the Spirit. Jesus was made a curse to redeem us from the curse. That's the only way possible we could receive. It's not our doing but Christ's.

In summation, we know God is for us because Jesus redeemed us. He redeemed us from the curse not because we were good but because He is Good! Boldly resist what you've been redeemed from. Dare to take your place as the redeemed! Let the Redeemed say so.