Our Inheritance in Christ: No Separation 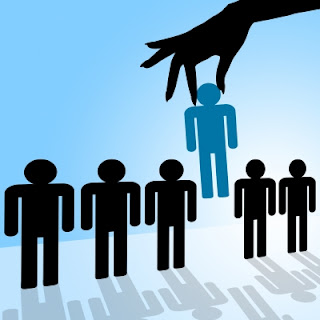 to open their eyes and to turn them from darkness to light, and from the power of Satan to God, that they may receive forgiveness of sins and an inheritance among those who are sanctified by faith in Me.’ Acts 26:18 MEV

In the Old Covenant, God cut a covenant with man. Mankind was consistent in only one aspect of this covenant. They could never uphold their part. In the New, Jesus represented mankind and cut the covenant with the Father on our behalf. So in essence this New Covenant was made between the Father and the Son and we who believe are the beneficiaries.

We have seen that our inheritance includes the gift of no condemnation. Today, I want to reveal another aspect of our inheritance. There is no more separation for the child of God.

Sisters and brothers, there is nothing you can do to be separated from the Father. You're eternally sealed with the Holy Spirit. You been given the Spirit as an earnest down payment on your complete redemption and once for all salvation. Good news for those who have been taught we can lose or forfeit our salvation. This makes it clear it is eternally secure.

Our society, due to the fall, is conditioned on separation. What do we do with children who misbehave? We put them in a corner for a "time out". What about when they get older? We suspend them from school for a short duration. What about when they are adults? If it's really bad we separate them by placing them in Jail or prison. Even in prison if they can't behave with the rest of the inmates they are separated further by placing them in a disciplinary segregation unit.

My point is not to rail against these institutions. It's not to tell parents don't put their kids in time out. In a fallen fractured creation, we need some methods to control unruly behavior to instruct and even to protect others. That said let's stay focused on the main point I want to make. That separation is conditioned in our minds.

When we see actions or performance that isn't up to the standard of perfect righteousness and holiness, we default to separation. Let me explain further by illustration.

When Jesus used Peter's boat and blessed him with a boat sinking harvest, here, what was Peter's reaction to the blessing?

When Simon Peter saw it, he fell down at Jesus’ knees, saying, “Depart from me, for I am a sinful man, O Lord!” Luke 5:8 NKJV

Peter saw the power of God, the Goodness of God which revealed to himself his own insufficiency. That is his own imperfections and shortcomings. His first response? Separation. He wanted to be separated from Jesus. He felt so unworthy.

When we sin or blow it, what do we do? We run from God. We run from the local church. We stay away from ministry friends and those we see as committed believers.

Why? Because we are going back to the default. Separate. I am wrong so I must separate. Or the idea comes from the religious. Oh brother or sister you've sinned your sins have separated you from God.

Many ministers teach that our sins stop God's hands from healing or providing or delivering or protecting us. Yet when Jesus encountered the sinner lost in their sin His response was to go towards that person. Jesus said He must needs pass through Samaria, where He ministered to one woman who was living in adultery. Jesus is what qualifies us to receive from God not ourselves. Our behavior isn't our savior, or provider or healer or protector, Jesus is!

Christ's perfect shed Blood perfectly purchased and procured complete and total redemption. New life and peace have been made available to whosoever will accept this free love gift. Upon reception, perfect redemption, total peace, complete acceptance approval, and right standing are theirs forever. Never to be disconnected, separated, or out of fellowship with the Father. All of this because of Jesus and His great Love.

But now in Christ Jesus you who once were far off have been brought near by the blood of Christ. Ephesians 2:13 NKJV

There is no more separation. There is no putting the leper out of the camp. God is not breaking away or disconnecting from you.

You may be thinking, brother this sounds too good to be true. What about 1 Corinthians 5 brother? It does appear on the surface I am contradicting Paul or that Paul is even contradicting himself.

Let's use context to understand what Paul is saying here. Paul is addressing a specific issue. Paul is speaking Apostolicaly and Pastorally concerning a brother whose behavior is hindering the work and testimony of the ministry. The reason for strong words is because the brother was unrepentant and rebellious. In other words, he knew his actions were wrong and he was apathetic to the results.

For a short season, Paul instructed the brethren to not go down the same path he was on. In truth, God was never separated from him, but he was separating himself from God and His ways. What were the results when people refused to go down the same path he was on? He had a sudden change of mind. What people seem to overlook in this event is that not one place did Paul suggest he had lost his salvation or was in "time out" and God wanted nothing to do with him.

Let's rejoice in our inheritance. In Christ, we have no separation or disconnection from the Father no matter what. God is never going to leave us or forsake us. God is always with us, even at our worst. God sees all of our faults and flaws and failures and still He embraces us as His own. God is a Good Father and will never separate us from Himself.

Image courtesy of Stuart Miles at FreeDigitalPhotos.net
Posted by John W Reed at 12:17