Lies Religious Tradition Taught Us: God is in control 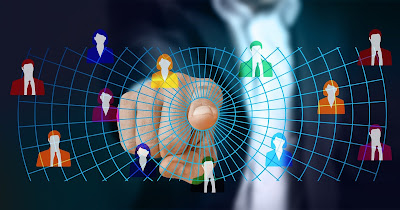 5 Having a form of godliness, but denying the power thereof: from such turn away. 2 Timothy 3:5 KJV


We've been in an ongoing study of the lies religious tradition has taught us. Ideas and concepts taught in such a way that they make it seem almost blasphemous to dare even question them. Views about God taught so long they've formed strongholds in the minds of so many believers.

So far we've addressed many lies religious tradition has told us. Lies such as God is the author of sickness and disease, the sender of disaster, and the God who causes evil circumstances just so some good may come out of it. That God is pleased with our poverty and misery. That miracles have ceased and Faith is powerless and ineffective today.

In our last study, we saw that God's will is healing for all. As we were studying we touched on the topic of God being in control, that He is literally controlling all facets of our life. Today it seemed good to focus on this rampant lie being taught across many quarters of the Body of Christ.

Resistance, disagreement, or unacceptance of this theology that God is literally controlling all facets of life on Earth is met with strong hostility by the religious among us. They feel that to disagree is to take away from the sovereignty of God. That we are undermining the very nature of God.

How could God be the Supreme, Almighty God if He isn't in control of all things? This is where the disconnect occurs. Some define sovereignty as controlling all things. That is not the definition of sovereignty.

The word sovereignty isn't even in God's Word. Yet the concept is there found within. Sovereignty defined means, the supreme ruler. It means self-governance. It doesn't mean that it controls all things. Allow me to illustrate how God is self-governing.

God reveals that by the laying on of hands sick people are healed, Mark 16 and seen throughout Jesus' ministry and that of the Apostles. Why did He say this? Why is it so? Because the self-governing One declared it so. He didn't seek out a committee for approval.

Why is it by simply speaking God's Word that Faith is released? Because He decreed it. Romans 10 shows us this. I trust you're tracking with me. These are the aspects of self-governance. This is sovereignty in action. This is not God controlling all circumstances in life.

Look at this word wills in the Greek. From Thayer's dictionary;

θέλω  /  ἐθέλω
thelō  /  ethelō
Thayer Definition:
1) to will, have in mind, intend
1a) to be resolved or determined, to purpose
1b) to desire, to wish
1c) to love
1c1) to like to do a thing, be fond of doing
1d) to take delight in, have pleasure
God wills or intends is resolved, determined that all should be saved. Yet not all are saved. I thought God was in control? I thought God controls all aspects of life? I thought God's sovereignty means all He wills and desires must happen?

Perhaps we have misconstrued His Word and misunderstood what sovereignty means. God wills or wants all to be saved yet He gave man the free will to accept this invitation to new life.

I've seen those under tradition seem to think that if God is the one doing it that makes it ok and acceptable. That is if God is the one killing your child, or causing your child to be victimized by sexual abuse, or the one causing your terminal disease or ordaining that you become the victim of a violent crime it somehow should bring some form of comfort to you. That these horrific, traumatic, tragic circumstances are good and right and acceptable because God is in control. He is the author and ordainer of such events. Doesn't this make you rejoice?

This is the work of the enemy to pervert the image of our Good Father. The enemy wants to reform and refashion an image of God in our thinking, where God is unfaithful to His Word. He fails to keep His promises. He willingly afflicts and is the bringer of pestilence, famine, disaster, tragedy, disease, and poverty. That His idea of goodness is the death of your children, the dissolution of your marriage and the bankruptcy of your business.

We must reject and resist with every fiber of our being these lies of the enemy. God gave man free will and the power of choice. We choose who to be influenced by. Either the Goodness and Love of our Father or the lies of the enemy, the flesh and the world system.

Yes, again and again they tempted God, And limited the Holy One of Israel. Psalm 78:41 NKJV

Look at this passage. Man, finite man, created man actually limited the sovereign Lord. How is this possible? In the New, it is made clearer. Through unbelief.

In summation, our God is Good. God isn't controlling all things. That is He isn't causing or creating every event on earth. Sovereignty doesn't negate a sinful fallen fractured creation. Sovereignty doesn't overlook the work of the enemy who comes to steal and kill and destroy. Sovereignty doesn't override the free will of man. There are things the self-governing One is in control of. That is what He decreed in His Word. Whatever He declared will come to pass, His Word is truth.
Image by Gerd Altmann from Pixabay
Posted by John W Reed at 06:08