The Gospel of Grace: The Reality of Our Eternal Redemption 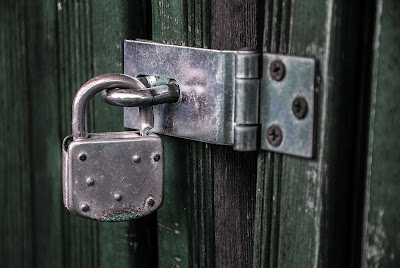 To conclude this study of the true Gospel it seems good to focus on one of the greatest aspects of this Finished Work. That is the truth of our eternal redemption. I am certain you're aware there exist some controversial theological points in Christian circles.

Of the many issues, I like to refer to the major ones as the three "Ts". That is Tithing, speaking with Tongues, and the End-Times. Want to start a war with words if you will? Bring up these three topics. Though these are controversial points, nothing it seems is more hotly debated than the question of our eternal redemption. That is, is our redemption or our salvation of an eternal duration? To be more clear, can you lose or forfeit your salvation?

12 Not with the blood of goats and calves, but with His own blood He entered the Most Holy Place once for all, having obtained eternal redemption. Hebrews 9:12 NKJV

allow another version to make it more clear;

12 And he has entered once and forever into the Holiest Sanctuary of All, not with the blood of animal sacrifices, but the sacred blood of his own sacrifice. And he alone has made our salvation secure forever! Hebrews 9:12 TPT

Some key points this passage makes clear. Christ shed His perfect Blood once for all time. This is the final sacrifice. There is no other sacrifice. There isn't His plus yours that completes this redemption. When Jesus was hanging on that tree, I note there was not two or three other "good" men who were helping Christ bear the nails or holding Him up on the Cross. Jesus sacrifice was the only one that worked. It was offered once for all time.

Another point made based upon the last point made is that this accepted sacrifice means sin has been forgiven. This means we who received Jesus are forever forgiven.
18 And when sins have been forgiven, there is no need to offer any more sacrifices. Hebrews 10:18 NLT
So this concludes the debate if we are eternally forgiven or we need to confess our sins in order to be forgiven. The shed blood procured our forgiveness. It is done. We are eternally forgiven. Look, Jesus isn't coming back shedding His Blood each time we screw up. We are eternally redeemed and forever forgiven.

The last point I see made in this passage is that Jesus has obtained eternal redemption for all who receive it. He did it. He obtained it. He purchased us for eternity. We are eternally redeemed.

The reason for the major controversy surrounding this amazing truth is believers want to make the Gospel and salvation and Grace so complicated. The reason being, they must make room for their tradition, for their performance, for their pet doctrines or better stated, their specific theological persuasion or denominational creed.
Now the objections are racing through the minds of the religious. They will cry out, we never disagreed that salvation is eternal. What they will say is though salvation itself is eternal, our actions, our unbelief or unfaithfulness disqualifies us from salvation.

Think of that reasoning. When a person in competition wins the prize, but through some misdeed or unfaithful action causes a committee to strip the person of the prize. We've seen music awards, Olympic medals, etc stripped away because of the actions of the winner.

Here is the truth, though that is how it is on Earth we are dealing with eternal issues. The real truth is we as fellow believers or leaders, or even ministers are not on the committee if you will. We aren't the ones who awarded salvation to a person and we don't get to judge whether that person, due to their unfaithfulness, gets to keep the "prize" or not.

The Good News is the "committee" members are God our Father, Jesus our Savior, and the precious Holy Ghost. They made it known already. They already judged Jesus' sacrifice as accepted and fulfilling all demands of eternal justice. They already made it clear, simply believe and you are eternally saved. They aren't stripping away salvation from the unfaithful. God is faithful when we are faithless.

In summation, believer you are eternally secure in Christ. Jesus paid the price in full. God our Father accepted the price, accepted the final sacrifice, the sin debt has been paid in full. We are forgiven and made Righteous and eternally redeemed. No man, no tradition, no denominational creed, no minister gets to decide whether you're saved or can lose your salvation. God's Word declared we are eternally secure and that settles the issue.
Image by Frank Oschatz from Pixabay
Posted by John W Reed at 11:54