Does God's Grace make you Angry? 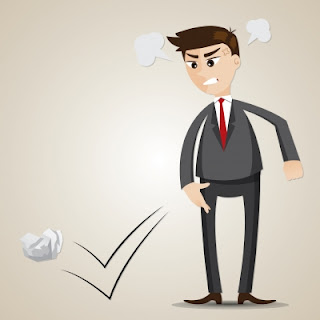 21 I can’t dismiss God’s grace, and I won’t. If being right with God depends on how we measure up to the law, then the Anointed’s sacrifice on the cross was the most tragic waste in all of history! Galatians 2:21 Voice

This week, I had intended to do a follow-up study on God's Grace and our eternally secure redemption. That is, answering some objections raised about eternal security. It seemed good but the Spirit interrupted me with an observation made about some people's reaction to God's Grace.

Let's look at some Scripture that will give us a clear image of this observation. In Luke, we have the parable of the prodigal son and the older brother. See it in full context here.


25 ‘The older son was out in the fields. When he came home, and got near to the house, he heard music and dancing. 26 He called one of the servants and asked what was going on.27 ‘ “Your brother’s come home!” he said. “And your father has thrown a great party – he’s killed the fattened calf! – because he’s got him back safe and well!”
28 ‘He flew into a rage, and wouldn’t go in.‘Then his father came out and pleaded with him. 29 “Look here!” he said to his father, “I’ve been slaving for you all these years! I’ve never disobeyed a single commandment of yours. And you never even gave me a young goat so I could have a party with my friends. 30 But when this son of yours comes home, once he’s finished gobbling up your livelihood with his whores, you kill the fattened calf for him!”31 ‘ “My son,” he replied, “you’re always with me. Everything I have belongs to you. 32 But we had to celebrate and be happy! This brother of yours was dead and is alive again! He was lost, and now he’s found!” ’  Luke 15:11-32 NTE

We can clearly see the older brother's reaction. It wasn't one of rejoicing or celebration. It was one of contempt and anger and rage. Why? Grace reveals our thinking, our true thinking, and beliefs.

The Grace that makes you angry!

This is the observation the Spirit impressed upon me. Grace makes some people mad. God's goodness and love and mercy in action sadly produce a bitterness and anger in some people's thinking. Why is this?

Because people identify more with the older brother than they realize. How so? Because we can allow the same error in our thinking that the Pharisees and Sadducees adopted. They believed because of their good deeds they warranted God's favor.

These religious leaders forgot the words of God. In Deuteronomy, He told them it was His love for them, why He chose them and nothing they had done to earn or deserve it. Sometimes we've got so caught up in all we've done for God we make the mistake that His goodness and love overflowing in our life is because of all the good we have done.

Remember, He blesses and favors and bestows goodness upon us because He is good not because we are good.

If we are the source of the good in our lives then we have a place to boast;
"It was my faith, and faithfulness that produces all this goodness and favor!"
" It is God rewarding me for all my hard work in the kingdom."
"God, you sure are blessed to have me working so hard for you."

These self-righteous mindsets negate God's Grace, His undeserved favor. We get our eyes off of God's goodness and Grace and shift our focus upon our deeds, and actions. Now am I suggesting good deeds, walking upright, avoiding sins and speaking right words is somehow anti-Grace? Absolutely not!

I am saying these are the fruits of His Grace. These are the result of Grace's influence upon our hearts. So we, therefore, can't take the credit for anything.  We have no place to boast.

When we get so focused on our own goodness, our own works, achievements, and accomplishments, we then become resentful and angry at the blessing of those who appear "undeserving." When witnessing God's mercy overtake judgment in a fallen brother it produces contempt in our thoughts. When we see Grace restore a believer who was lost in great sin, we will look upon that one with contempt and mistrust and will distance ourselves. His Grace produces anger and resentment in the performance-driven believer.

What makes you angry?

I'm confident that many believers would respond that Grace doesn't make them angry. They would say I believe and celebrate His Grace. Some leaders would then preach a six-week sermon series on the dangers of Grace teaching. Some would then go and write a book warning about the dangers of Grace. The same believers denying Grace makes them angry would readily listen to those sermons or read those books, thinking we need to watch out for that Grace stuff! It needs to be balanced with Law and good works.

Let's be transparent. Let's be positively introspective. Does Grace make you angry? Bitter? Resentful? Again most would respond with a loud no, but is this being really honest?

There was a minister in the Southeast part of America who fell into great sin. Some other leaders surrounded him and began a restoration process. To my knowledge, he hasn't fallen again, and he is back in public ministry. Come to think of it there have been two such ministers in this vicinity with similar testimonies.

To me, I say praise the Lord. His Grace is greater than their sins and failures. His Grace and love can heal the hearts of those wounded by these sins. Certainly, these ministers should ask forgiveness from those directly affected. I am certain they did just that. This was Grace restoring.

Yet, while Grace was working, many Christians were busy throwing stones. They mocked the whole restoration process. Once these guys fell that should have been it. No more ministry for them ever. Grace made them angry.

A minister in the Southwest portion of America had fallen so deep in adultery and sex addiction, he had to resign from ministry. Again a restoration process began. Soon after he returned to public ministry. Another minister I know responded with contempt. His contention was he had returned to public ministry too soon. Apparently, in this minister's view, God was done with this minister.  In reality, he was just angry at the Grace of God.

If you preach the Gospel and must include hellfire and brimstone to garner a response from the lost, but get disturbed because others just focus on the Good News of Grace to reach the lost, then you're angry at Grace. Grace is enough to draw the lost to the Father. Dangling people proverbially over hell's fire isn't going to win people. They will not respond to the drawing love of a loving, good Father. Rather, they will buckle under fear and respond hoping to escape Hell. Being fearful of our good Father isn't the right way to begin a relationship with God.

Speaking of the Gospel, if hearing that upon receiving Christ's free gift that we are eternally secure causes an angry reaction, know you are angry at God's Grace. God purchased for us an eternal redemption, not a temporal one. If this Good News produces contempt in your thoughts know Grace has made you angry. If you have to come up with a long list of reasons one can undo what only Grace can do then know you are bitter at the Grace of God.

Grace is the Gospel of Jesus Christ. Grace is the Good News. Grace manifested reveals and exposes our own thinking and heart motives.

Let the spotlight of God's goodness and love reveal the hidden areas of our hearts. If we become bitter or angry at the news of restoration, of the Good News preached, or eternal security know we need to experience the love of God for ourselves in those areas.

How do we overcome this anger? By letting go of trusting in our own goodness and abilities. By focusing on His goodness and not our own, Grace begins to transform our thinking. We will begin to see without Grace it is impossible to walk in victory. Allowing God's love to overshadow our hearts and minds we will experience His Grace in a greater measure and will relinquish tradition and a performance-based faith. If you're angry at Grace, there is hope. Just trust in Him. It's Jesus plus nothing where you will find complete fulfillment.
Image courtesy of iosphere at FreeDigitalPhotos.net
Posted by John W Reed at 12:29