Grace Q & A: Is universal salvation and inclusion the true Gospel of Grace? 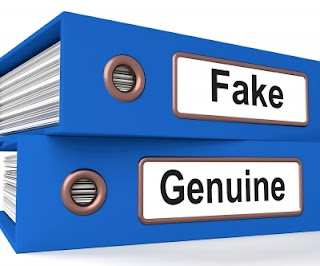 Today, I sensed the leading to address an area of the Grace Gospel that those just hearing the truth need to have established in their heart. When we hear the true Gospel of Grace, after having the Gospel shrouded from us by traditional religion, perfect peace and His amazing love cascades over us and our eyes are open to the sincere goodness and love of our Father. With our eyes open to the truth, we begin to see where religion misled us.

With this Grace awakening, we can then begin to question everything we've ever been taught. It is ok to ask questions. It's ok to ensure what you're hearing is the real and not some tradition of men. However, what we use to discern what is true or false is key.

If we are using the words of social media "poets" or online video makers as the source of truth or error then we are making a stand on a faulty ground. In order to distinguish truth from error, to discern the real from the religious, we must use the infallible source of God's Word. God's Word is the only genuine source of truth.

With this foundation laid, I felt impressed to ask and answer the question what about universal salvation or inclusion concepts? Is the Gospel exclusionary? Is the true Grace Gospel one that proclaims that all humanity is saved or will be saved ultimately?

As I have said, when we hear the truth, the temptation comes to disregard each and everything we've ever been taught. That is incorrect. What we must do is filter what we've been taught through the lens of the New Covenant and God's Grace.

Now let's address some of these controversies. Let's ask the hard questions. Let's allow the New Covenant to answer all questions and concerns we may be having about life and eternity.

Is all humanity the children of God?

This is the subtle lie the enemy seeks to mislead and trip up those who hear the Good News. If this news is so good, surely it means that all are partakers of this goodness regardless of their willingness right? If God is love, how could there be someone who is not His? How could God, who is a Father, not include all humanity as His children?

The truth is because God is supreme love, there are those who are not His. Is that exclusive? Is God saying there are some welcome and those who aren't? If so what are the criteria for being cast aside?

There isn't anyone who ever existed who desired to belong to the Family of God and God said: "No. you're not welcome." True love is not an invasion of the will. Think of this. Say you had a daughter, and the richest man on earth, who was handsome and rugged and lived in a twenty-room mansion overlooking the ocean decided it would be best for her to marry him and partake of his kindness and goodness and riches. What if he just came and took her with him and disregarding her feelings or will, forced her to marry him? Would that be genuine love? Would that be for her best? No, for that was an invasion of her will.

The truth is it's not about a mythical exclusion. It's about love honoring the person's free will. God's love doesn't overtake you and force you to become a son or daughter.

See how John details this sonship, here. See how he details it here. In the Word of God, we see John describes a sonship because of belief in Christ. John distinguished the children of God and those of the World. Paul the Apostle of Grace also details this truth;

26 For you are all sons of God through faith in Christ Jesus. Galatians 3:26 NASB

Is all humanity the children of God? No, only those who've put their faith in Christ are now the children of God. Sonship is by faith not by natural birth. Again this isn't an exclusion, that's a myth. An open invite to all has been given. If one ignores or rejects the invite that's a refusal on their part, not God's. God isn't overriding anyone's will.

Because of the Cross are there no longer people who are lost, sinners?

Here is yet another subtle error that many seem to fall for. Because we believe the Cross worked, surely it means all are partakers. Sadly, that isn't the case. The invitation to partake of the Finished Work has been made available to whosoever will receive. However, that doesn't mean all have automatically received.

The truth is the social media "poets" proclaiming this error are in reality simply repackaging the lie of universalism and inclusionism without using the labels. They may twist the truth that all of humanity's sin was paid for at the Cross to mean all, therefore, are saved or will be saved. Or that all humanity was included and are therefore righteous and no one is seen as a sinner, a person separated by their sin and unbelief.

Paul addressed these errors clearly in his Epistles. He speaks of those in Christ before he was. If people were in Christ before he was that means being in Christ isn't automatic. The truth is the Cross paid for the sins of all mankind but that benefit must be received by faith. Paul speaks of when we were included.
13 And you also were included in Christ when you heard the message of truth, the gospel of your salvation. When you believed, you were marked in him with a seal, the promised Holy Spirit, Ephesians 1:13 NIV

This should settle the issue. We were not automatically included in redemption until we partook of the payment by faith in Christ. That's good news. We don't want a bully for a Father who declares He knows what's best for you and makes the decisions for you.

So is all humanity saved? Is there no such thing any longer as a lost sinner? Does the Finished Work mean all are spiritually alive in Christ? No, that is false. That's why we proclaim this Good News to all giving them the chance to receive new life.

John the Apostle of love makes it pretty clear. How can we argue this point? Unless we purposefully seek to mislead and deter people's faith this Scripture puts to rest all these falsehoods such as universalism and inclusionism. This passage reveals there are those in Christ and those outside of redemption. Those who possess life and those who choose not to. The Good News is salvation is made available to any who desires to receive new life.

What about Hell? Is there no real devil?

The denial of eternal separation in Hell is nothing new. This idea is making a comeback along with the liberal theology that satan is not a real entity. We could spend an entire blog post about Hell. I don't like to focus on the bad news though.

The truth is Hell is a real place but it was not made for any man. Hell was made for the devil and his angels. It has never been God's will for any human to end there. So why does He send people there, you may ask? The truth is He doesn't.

The lost soul has to leap over the obstacle of the Cross. They must sidestep the amazing Grace of God. They have to ignore the Good News Gospel. They have to run to and fro to resist the drawing of God's Spirit offering them freedom and life. They have to jump feet first into eternity apart from Christ. God has made the way for all to simply receive.

The idea that there is no devil or any more battles spiritually because of Grace is clear error. All you need to do is live one day on this planet to see there is such a thing as spiritual warfare. The truth is though, we don't fight or strive for victory but stand triumphant, fighting from victory. In truth, we are simply enforcing the enemy's defeat by faith in the Finished Work.

In summation, relinquish the traditions of religious men, but don't then embrace the lies of the spirit of error. Stay in the center, stay with the truth. The great balancer is God's Word. When we abide in the truth, we will experience growth in Grace and walk in His triumphant victory.
Image courtesy of Stuart Miles at FreeDigitalPhotos.net