Graceful Tongues: Examining the Objections to Praying in other Tongues 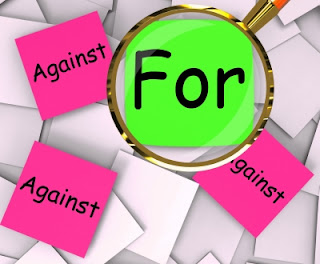 17 Any story sounds true until someone tells the other side and sets the record straight. Proverbs 18:17 TLB

We've been in an extended study of the precious Holy Spirit.
Today, I wish to examine closely the objections to speaking with tongues. With wisdom allow these strongholds to be uprooted and pulled down from the thoughts of God's people. With love, bringing understanding to better equip the saints to walk in the victory and triumph of the Finished Work.

We've already addressed the objection to the Baptism in the Spirit that we get it all at salvation. However, I'd like to revisit this objection to lay the groundwork for answering the objection to speaking with other tongues. Look with me at Acts 8.
14 Now when the apostles who were at Jerusalem heard that Samaria had received the word of God, they sent Peter and John to them, 15 who, when they had come down, prayed for them that they might receive the Holy Spirit. 16 For as yet He had fallen upon none of them. They had only been baptized in the name of the Lord Jesus. 17 Then they laid hands on them, and they received the Holy Spirit. Acts 8:14-17 NKJV
This passages poses a conundrum for those opposed to the Baptism in the Spirit and praying in tongues. If this passage isn't referencing the Baptism in the Spirit, then why did these believers not receive the Spirit at the moment of salvation? Oh, they weren't born again yet? Oh, I see, then in order for one to be truly saved an Apostle must lay their hands upon us. I thought there were no more Apostles today?
It's obvious that Luke recorded this event to help us see the distinction of the Spirit within and the Spirit upon. Notice, though, that the laying on of hands didn't complete these believers identity. They had received the Word of God. That means they received the new birth and all the Word says about them. They received the knowledge of who they already were in Him. The Spirit upon only empowered them to take what's inside and spread it outwardly to others.

Pulling Down the Strongholds of Opposition

1.) Tongues are invalid because this gift ceased after the completion of Scripture and the last Apostle died. Tongues spoken today are mere gibberish and emotional babble. It's over emotionalism and not a valid practice, 1 Corinthians 13:8 says tongues will cease.
This is the biggest objection. The cessationists say that all the gifts have ceased. That God no longer does miracles. That the sign gifts we saw demonstrated in Acts were only to confirm the message of the Apostles. That once we receive the completion of Scripture we no longer need to confirm the message.
there is much that is wrong with this view. First, we must cite sola scriptura. In other words, the Word is the final authority. There exists no passage that specifically states these gifts ceased. Paul even says these gifts will be here until Christ returns. The fact that Scripture clearly teaches the use of the gifts, then it stands to reason if they were to cease that God would ensure a specific clear passage would confirm this.
The idea that tongues ceased is the foundation for the claim that tongues today in Charismatic circles are mere gibberish. The Apostle Paul declared he spoke in tongues. He wouldn't encourage believers to speak in emotional babble. It is a valid practice and spiritual prayer language.
What about 1 Corinthians 13:8? You can't take a passage out of its setting and try to create a doctrine. In the passage, it does say tongues will cease but it also says knowledge will vanish. Has knowledge vanished? Think about what the prophet Daniel said. Knowledge in the last days will increase not vanish. So what is Paul referencing? In context, Paul is saying if love isn't the motive of what you're doing you won't see the power and demonstration of God's power.  When the perfect has come is when believers are living out of the love of God within. This isn't about miracles ceasing. In context, Paul in chapters 12 through 14 is referencing public ministry. If one is about merchandising the anointing or attempting to take advantage of God's people, God won't validate that ministry. Understand prophecy and tongues in the context of public ministry is God supernaturally speaking to people. I have noticed places where spiritual abuse occurs, real valid miracles are not the norm.
In summation, the cessationists don't understand the love of God. They only see miracles and tongues as a confirmation. They eliminate the love, mercy, and compassion of Jesus towards all people. God moves in these gifts to reveal His great love and mercy. Love is truly the real motive to operate in the supernatural.

2.) Tongues are of no value or benefit for believers today. There is no benefit in speaking or praying in a language you can't understand
I will share the benefits of prayer in the Spirit in an upcoming post. Suffice it to say, this objection regulates Christianity to mere intellectualism. It is strikingly hypocritical for these opposing tongues and signs and wonders to say we can't use an experience to validate anything. Yet, this is the exact reason they oppose tongues and other gifts. Well, we don't see any miracles or signs and tongues so they must be ceased and therefore no value for us today.
Christianity isn't merely a mental exercise. We have a valid spiritual relationship that defies reason and man's logic. There is a benefit to praying in tongues. As a highlight to these benefits, let me just say sometimes we don't always know what to pray. Tongues bypass our natural mind and allow the Spirit to pray through us.

3.) Tongues exalt and magnify the person speaking and not the Church or local assembly.
This is a common objection and it really shows ignorance and misunderstanding of the Scripture. Paul said that the believer edifies himself when we pray in tongues. Some then say this means that believers get egotistical because they pray in the Spirit. This is one of the most absurd objections I can think of. If one simply looks at the definition of "edify" in the Greek, it is clearly seen what this is talking about. It is not about ego but about building ourselves up. Again, I will go into further details about the benefits of tongues, but let me just point out, if we aren't built up how can we then build up others? Acts 10 really answers this objection clearly. Speaking with tongues magnifies God, not a man!

4.) Tongues are not available for all believers. Only some believers receive this gift.
This is a common misunderstanding. There exists two forms or expressions of tongues in the New Covenant. One is the prayer language and the other is the gift of tongues. One is prayer or devotional. This is when a man is talking to God. The gift of tongues is when God is talking to men in an utterance in a different language which requires an interpretation to build up those listening.
"No, I can't see a distinction of tongues." Ok, Paul teaches us that in public use tongues should be interpreted. Look at Acts 10 and Acts 19. Where do we see recorded that there was an interpretation given? Did God contradict Himself? Certainly not. These tongues were men talking to God. It was their prayer language in operation. With that in mind what about Paul's words in 1 Corinthians 12? The problem is people take one passage out of its setting and try to prove something.
30 Do all have gifts of healings? Do all speak with tongues? Do all interpret? 1 Corinthians 12:30 NKJV
Taken alone out of context it does appear that tongues aren't for all. The problem is it is out of context. In context we see Paul addressing ministry gifts. Not everyone will flow in the ministry of tongues where they speak in tongues in front of others, delivering a message. I've prayed in tongues for over 20 years and have never given a public tongue.
The simple answer is God is no respecter of persons. He loves us equally. His gifts of Grace are for all. Jesus isn't excluding you from the benefit of praying in the Spirit. It's yours for the receiving.

5.) Tongues are never meant for public use. Paul said he'd rather speak five words in a known language than a thousand words in tongues. That's why tongues are the least of the gifts.
It is true Paul said this, but all one need do is simply study the whole book of Corinthians. It is clear that they did everything to the excess. They didn't just pray in tongues they were also speaking in tongues instead of preaching a sermon. They weren't giving instruction but in reality showing off their gifts.
There is no passage that suggests the tongues or any gifts are lesser than another. The best gift is the one needed at the right moment. Tongues are a blessing and not a burden. God gave us this Grace gift to enhance our lives. It should be welcomed in all our meetings.

6.) Tongues are of the devil!
This is the most absurd objection. The Bible is clear the Spirit is the source of tongues, not any other spirit. This objection was a tactic to sow fear into the minds of believers by religious tradition-bound men to keep others from receiving the Baptism in the Spirit. It has no basis in the Word of God.

In summation, tongues are a Grace gift from God. We should gladly receive it. In public assembly, devotional tongues give believers a wonderful opportunity to magnify God. Yet, this should be exercised decently and in order. What's that mean? It means you should not draw attention to yourself. If I am drawing the attention of people then I become the center of attention and not Jesus.