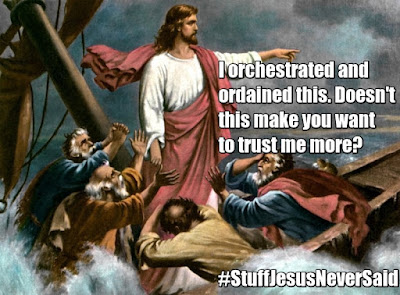 The Lord is gracious and full of compassion, Slow to anger and great in mercy. The Lord is good to all, And His tender mercies are over all His works. Psalm 145:8-9 NKJV

We are beginning a new series of study on the healing power of God. This study will focus on His healing Grace. So often when healing is mentioned it conveys a burdensome, you must do this or that, and there is something wrong with you mindset. Relinquish, any performance mindsets when it comes to His healing Grace.

This amazing Grace of God ambushed my heart and mind. Grace captured me with His overwhelming love and goodness. Surrounded by perfect love and acceptance I fully submitted to receiving all of Him in all of me. When I realized how much He was for me and was not against me, I realized I can trust Him with every area of my life.

If the same God of Grace, could redeem you, forever forgive you, cleanse you, make you perfectly acceptable, no longer count your sins against you, make you alive with His life, give you His righteousness and seal you with His Spirit and eternally save you, how much more would He do for you in every other area of your life? This Grace has no limits. This overwhelming goodness works in all matters that pertain to life.

Just how good is He?

God is a good God. He is a good Father to all. His love is eternal and everlasting. God isn't fickle. He doesn't love you today but tomorrow He's not so sure about you. His loving kindness is better than anything this life can offer.

God is God in Heaven. He is everlasting and Lord over all creation. This in no way means He is the source and creator of all the evil we see in the Earth. Even under Law look at how God looked out for those under the Covenant, (here).

God gave the first man, Adam a beautiful creation. Under temptation from satan, he rebelled against God and chose his own path. This allowed the enemy access to this Earth. This sin caused this creation to become fractured. This fallen, fractured creation is truly the source of the evils and destruction we see around us.

This week for example, we saw two horrific reminders of how far fallen creation is. First, a young celebrity was murdered after performing before a crowd. The second event we saw a deranged individual ascribing to an ideology of hate and anger and violence unleash carnage on unsuspecting nightclub patrons. We look for answers in the political arena. We ask why. The true answer is clear. Sin and its fallen aspect harden the hearts of those it still holds captive.

Where was God? He was on the throne. His love would never ordain such despicable acts of violence. Some tradition ruled minded believers suggested that the nightclub rampage was God's judgment against the lifestyle of those nightclub patrons. This is the basic response from religion. Either God ordained tragedy for some purpose or it must be God punishing folk.

Jesus took all the wrath and judgment for all humanity in the Finished Work. If God didn't ordain it, or it isn't His judgment, then what is left to conclude? We live in a fallen World that is awaiting final redemption. Where is God's hands in this or any other tragedy? When we see people responding in love to protect others, to aid others and those bringing relief you have seen God's hands in action.

God is a good Father who doesn't ordain destruction. He isn't looking to punish or "get" you when you fail. His love is looking for you to reveal His great Grace and mercy towards you. We can fully trust our Father in all situations. Even in the midst of darkness when life doesn't make sense He has promised to be with us and He will never forsake us. He freely gives us His peace, His comfort, and His joy. His healing Grace will mend each and every hurt, wound, and disappointment.
Posted by John W Reed at 13:42