Understanding Grace: Does Radical Grace encourage a belief in Universalism or Inclusionism? 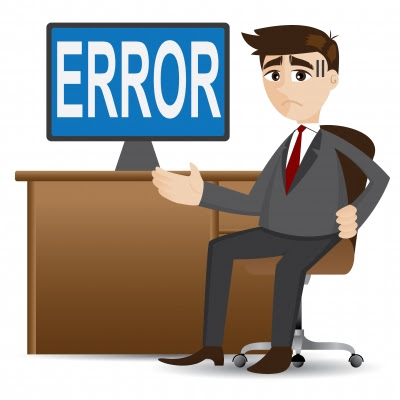 18 But grow in the grace and knowledge of our Lord and Savior Jesus Christ. To him be the glory both now and forever. Amen. 2 Peter 3:18
We've been in a series studying God's amazing, over the top, Radical Grace. This is too good to be true but true good news. I am always enthusiastic when it comes to studying Grace and the Finished Work.

So far, we have seen how it is the Blood of Christ, not our confession that brought our total forgiveness. We explored the truth that our relationship with God is rooted in the Finished Work and not our performance. We saw how shame, guilt and condemnation are removed from us through Grace, (If you missed any of these informative studies, and you would be interested in reading them, you can easily locate them through the archives section of this Blog).

Now we are dispelling some of the myths associated with Radical Grace. We have already seen that Radical Grace isn't advocating sinful living. We also discovered that through His Finished Work we can be fruitful, overcoming victorious believers. That This message isn't promoting laziness or unfruitful pursuits.

Today, I felt impressed to dispel yet another myth associated with Radical Grace. Many of our critics have lumped together what great ministers like Pastor Joseph Prince teach, and what those proclaiming a message of Universal Salvation teach. Thus, creating a straw man argument in which to criticize the message of Radical Grace even further. Is this critique fair? Does Radical Grace encourage a belief in Universalism or the various forms of Inclusion?

One of the major principles of Universalism is that all humanity no matter their belief, are on the right path. That in the end, all roads lead to God. If you are an Atheist, or a follower of some other religion it isn't a factor. All will eventually be saved. Is this what Jesus said? Is Universalism the gospel of Grace?

6 Jesus told him, “I am the way, the truth, and the life. No one can come to the Father except through me. John 14:6 NLT

11 For Jesus is the one referred to in the Scriptures, where it says,‘The stone that you builders rejected has now become the cornerstone.’ 12 There is salvation in no one else! God has given no other name under heaven by which we must be saved.” Acts 4:11-12 NLT
Jesus, who is the person of Grace, obviously doesn't believe in Universalism. He seems pretty narrow when He unequivocally states there is only one way to God. He says He is the only means by which salvation is received.
Salvation is not found in Paganism. Salvation is not found in Mysticism. It is not found in other religions or ideologies. All the World's religious, or spiritual philosophies have something in common. They are all humanistic in nature. "Paradise", or "enlightenment" or "Nirvana" or even their understanding of salvation is all rooted in achievement and works.
This is why we reject legalism and Law for Believers in Christ. "Strive to arrive." "Fake it 'till you make it", or "achieve to receive"mindsets are pure humanism. Salvation is only found in Christ and His Finished Work. Righteousness, healing and peace and answered prayer is all found in the Finished Work, not our performance.
Salvation then is only found in Jesus Christ. He purchased redemption through His vicarious death on Calvary. All one need do is freely receive by placing all their hope and trust in Jesus alone. Salvation, eternal life, is Jesus plus nothing.

Who is included in the Finished Work?

When were we included?

This is where the controversy begins. This is where so many draw the wrong conclusions. In light of the Finished Work, some have drawn a conclusion all were included the moment Christ actually rose from the dead. Is this accurate?

Are these concepts accurate? Is this the message of Radical Grace? Absolutely not! If you are adhering to these views I urge you, I beseech you, by grace to examine your heart. I challenge you to relinquish acceptance of these ideas. Understand the Believer's heart can never again be corrupted but it can be deceived.

When are we included? Let's see what Paul says
1 Paul, an apostle of Christ Jesus by the will of God, To God’s holy people in Ephesus, the faithful in Christ Jesus:, 12 in order that we, who were the first to put our hope in Christ, might be for the praise of his glory. 13 And you also were included in Christ when you heard the message of truth, the gospel of your salvation. When you believed, you were marked in him with a seal, the promised Holy Spirit, 15 For this reason, ever since I heard about your faith in the Lord Jesus and your love for all God’s people, Ephesians 1:1,12-13,15 NIV
Paul, the Apostle of Grace says here we were included when we put our faith and trust in Christ. This is the message of Radical Grace. Undeserving man, when he places faith and trust in God alone, he finds new life. He becomes a partaker of Grace.

When were we included in His death and burial and resurrection?
3 Or do you not know that as many of us as were baptized into Christ Jesus were baptized into His death? 4 Therefore we were buried with Him through baptism into death, that just as Christ was raised from the dead by the glory of the Father, even so we also should walk in newness of life. 5 For if we have been united together in the likeness of His death, certainly we also shall be in the likeness of His resurrection,  Romans 6:3-5 NKJV
When we get born again, we are baptized in the Body of Christ. This is when we were included into the death and resurrection of Christ.
27 For as many of you as were baptized into Christ have put on Christ. Galatians 3:27 NKJV
The Word is clear about when we were included.
7 Greet Andronicus and Junia, my fellow Jews who have been in prison with me. They are outstanding among the apostles, and they were in Christ before I was. Romans 16:7 NIV
How could Paul the Apostle of Grace state some were in Christ before he was if ALL are already in Christ? Remember when we take a text out of its context all that is left is a con. Inclusionism is a preconceived concept that looks to extrapolate portions of Scripture, out of context, to promote this philosophy.
Inclusion seeks to become God's "PR" man. It attempts to prove the success of the Finished Work. To the inclusionist the Finished Work isn't successful unless all humanity is saved. Again, this is drawing the wrong conclusion about the Finished Work.
The message of Radical Grace is over the top glad news. The good news is not diminished because some choose to reject Jesus. The message of Grace doesn't dim in light of the choices of mankind.
We need not add to or take away from the Scripture to promote erroneous views. Grace is good news without additives and mixture. Religious tradition likes to mix grace with Law. Foolishness likes to mix the gospel truth with error. The message of Radical Grace stands alone and apart from human ideas, concepts and philosophies. It is simply the good news that sets the captives free, brings the spiritually dead to life and ushers in hope, joy and fullness of life in Him.
imagecourtesyofIosphere@freedigitalphotos.net
Posted by John W Reed at 14:09

I've seen and read a lot of websites and articles lately that are running with this universalism belief. It sounds all wonderful but like you pointed out, it's not scriptual! Thank you for posting this, there's some christians who need their eyes opened on this subject.

Thanks so much Jeremy White. I will link your church on my blog. Love solid grace ministries like yours