Understanding Grace: Is Everyone Ok because of the Finished Work? 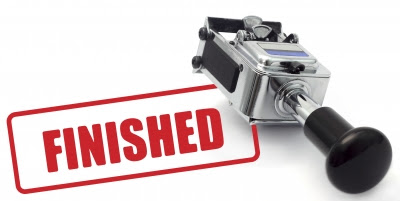 When presented with certain information and facts, inevitably we draw a conclusion from those facts. For example, what if a wife sees her husband continually begin to take calls in another room? She could come to the conclusion that he was secretly having an affair. Or, she could more positively conclude, that her husband is planning a surprise party for her. She would have to have more facts to come to a complete conclusion.

When it comes to the Finished Work of Jesus Christ we can draw certain conclusions. One conclusion I draw from the Cross is because it's finished I need no longer to strive to please God. Many who have experienced His grace have come to this same conclusion. Others though have drawn a different conclusion because of the Finished Work.

Because of the finality of the Cross, some have concluded that all humanity is already saved. Some conclude that because of the Cross, "Love wins" and this means all humanity will be saved in the end. If another believer, who understands grace, doesn't draw these same conclusions then it must mean you're not "deep enough" in grace. That you are preaching "mixture". That you believe in an angry god and have no pity for the World.

What makes the Finished Work "unfinished," or unsuccessful?

Religious minded folk, Covenant mixing and Law mixing believers say the Finished Work is only begun in us. They teach a "gospel" where we must complete it by our performance.  Now these Universalist and Inclusionists say the work is unsuccessful if all humanity aren't redeemed and given the gift of righteousness. So, Jesus' work is only successful based upon how many respond?

I have heard the two Adam debate and all other arguments made by the Inclusion and Universalist camps. They refute others with accusations that we who don't accept their view, are saying Adam's original sin was greater than Jesus' work. I am not here to debate and argue with those who differ with me. My primary goal is to reveal to all that God is always good. That His grace and Finished Work was enough. When received, you become a new creation, accepted, adopted, forgiven and healed. Eternally secure and forever righteous.

As I have stated many times before, I do not agree or draw the same conclusions of Inclusion or Universal Salvation. I will list a few reasons why this is. Also, I am going to refer to others excellent points proving why we shouldn't come to the conclusions of Universalism/Inclusion.

Trinitarian Theology/Inclusionism, (not the doctrine of the Divine Trinity, or Father, Son and Holy Ghost, I believe in the Trinity), is the label inclusionism has taken to describe their philosophy. In a nutshell they teach that all humanity is already a new creation. That all humanity possesses the gift of righteousness, is adopted into the Family of God, is seated in Heavenly places with God, and has the Spirit of God indwelling them.

This is my issue with this. It overrides freewill. In other words, you are all in, until you are out. It alters the gospel message. It isn't believe and be saved but you're saved, now believe it. So the gospel is no longer about a heart change. It is not an exchange of natures, but rather a mental awakening to a new identity.

What Inclusionism/Universalism relies heavily upon is enticing words of men's wisdom to propagate it. Conclusions are based upon reasoning and emotions. It feels like this should be true so therefore it is true. With this mindset the Scriptures are no longer inerrant.

Those who embrace these philosophies no longer value the Scripture. They diminish them every opportunity they get. Why? Because the Word of God challenges their reasoning and philosophy.  I have seen countless times, the proponents of this message attack the Word. They express continually that the writers of the Scriptures were mistaken and confused. They didn't hear God accurately. They are expedient however, to reveal how they are accurate though. That they have the "real message" from God.

Another aspect I have noted in the Inclusion circles is a slow transformation into pure Universalism. When we abandon the Word and embrace other reasoning error will always abound. With this allow me to point you to other ministers who have answered the arguments of Inclusion/Universalism

"Top Reasons I think “Inclusion” is delusion
4. The many warnings in Scripture about the importance of repentance, belief, calling on the name of the Lord, and the present and eternal consequences of unbelief. This includes the many passages about a place of punishment and some who do end up there.
3. Every passage about those who believed and received the Spirit (didn’t have Him before!) in the early church, and every conversion experience in history since then. One moment they were not new creations; the next moment they were. Clearly, we do not have the Spirit at birth, or the entire book of Acts needs to be re-written!
2. Many verses like 1 John 1:9 and Acts 26:18 and 2 Corinthians 5:20 that say forgiveness from God is received only after admitting one’s sinfulness and turning from unbelief to belief (at salvation) and that reconciliation takes two parties with a response on our part being necessary. Take a minute to look those passages up and ponder them.
1. The doctrine of “Inclusion” either promotes salvation of all for eternity, no matter what, or in more cases, claims that all begin saved but not all end up saved. So either it tosses Scriptural warnings about unbelief to the wind and gives false security to all; or it ignores God’s promises to the believer and teaches loss of salvation for some in the end. Either way, it’s not the new covenant message."Grace minister from Texas

" I don’t see the Good News in the inclusionist theory, nor do I see the advantage that theory supposes when it comes grace. Theologians must ask themselves the question, “is Christ’s work finished because of its success performed in humanity, or is it finished because there is nothing left to be done for man?”  The difference is not so subtle.  I don’t believe my position of grace is less because I believe in the latter.  Namely, that Jesus’ work of redemption is in fact complete, regardless of whether one benefits from it or not.  A gift is still a gift, even though it may not be received.  The same for grace, and the same for Christ’s completed work.  All has been done to settle man’s fallen condition.  Jesus will not die again.  Yet, while the work of redemption is complete, it does not benefit man unless he believes and receives.

When faith joins with truth about Christ, a New Creation is the result, where old things are passed away and new things have come.  I have grave difficulty seeing and believing that the entire human race was in effect born again when Christ was resurrected but they just don’t know it.  I think this diminishes our view of the New Creation.  Where is the change in humanity if all are born again?

On the day of Pentecost the Holy Spirit fell on believers.  Why didn’t He fall on all the human race if all were born again?  Even the prophet Joel foretold that the Spirit would fall on “all flesh”.  Yet it is obvious in Acts that this did not happen.  What then did Joel see?  He saw the Spirit falling on all believers (Jews and Gentiles), which is clearly evidenced in the documentation presented by Luke in the book of Acts.

The New Creation has the nature of righteousness, holiness, and have become partakers of the divine nature.  All believers have been given a new heart, and have the mind of Christ.  Can we with boldness proclaim to all the human race that these things are true of them whether they believe or not?  I don’t see it, nor do I see that it increases the value of the Good News we preach." Grace minister from florida

What is it I am saying in all this? I am not saying I hate the World and those without Christ. I am not advocating we tell people how wrong they are. I am saying the message is never changed. Christ died for all because all were already dead and need a savior. He paid the price all we need do is simply respond with childlike belief.

Am I now not deep enough in grace? Have I rejected the message of grace? Am I no longer understanding grace? Of course not! The real truth is this, grace is inclusive and universal in its invitation and application. Universalism and Inclusion aren't the message of grace though.

Thanks Drew. Glad it blessed you.