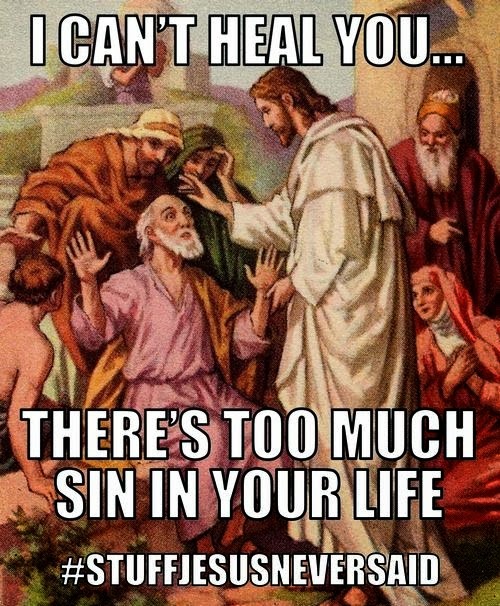 9. A divided kingdom will fall not stand.

If Father God “sent" evil and Jesus the Son stopped it that would  reveal a divided kingdom. For instance,  If Father God sent the storm in Mark 4 and Jesus rebuked the storm, stilling it He effectually worked against Father God.

On the same day, when evening had come, He said to them, “Let us cross over to the other side.” Now when they had left the multitude, they took Him along in the boat as He was. And other little boats were also with Him.And a great windstorm arose, and the waves beat into the boat, so that it was already filling. But He was in the stern, asleep on a pillow. And they awoke Him and said to Him, “Teacher, do You not care that we are perishing?”
Then He arose and rebuked the wind, and said to the sea, “Peace, be still!” And the wind ceased and there was a great calm.  But He said to them, “Why are you so fearful? How is it that you have no faith?” And they feared exceedingly, and said to one another, “Who can this be, that even the wind and the sea obey Him!” Mark 4:35-41 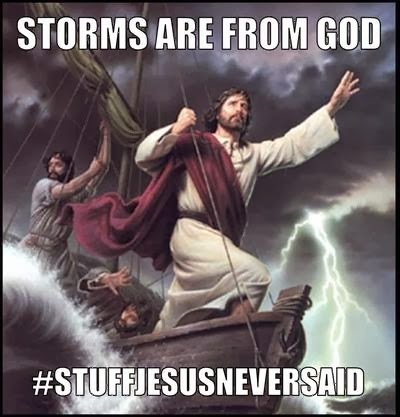 Look closely at what is occurring in Jesus ministry. He along with His disciples are going into a ship and crossing onto the other side. This is His plan. He has a purpose. How do I know for sure that Jesus had a purpose? If you will continue reading into the fifth chapter of Mark you will see Jesus bringing deliverance to a man possessed with many demons. He needed to cross to the other side to bring deliverance to the captives!

It would be counter productive for the Father in Heaven to send a storm to hinder Jesus' journey. God is a good God He was not sending trouble or turmoil to hinder the work of Jesus. Neither is He sending tribulation your way to hinder your purposes and plans.

Think about this. If Father God sent sickness for His glory and Jesus, healed all manner of sickness wouldn’t that be robbing God from receiving glory? Obviously God didn’t send sickness then and He doesn’t now!

For this purpose the Son of God was manifested, that he might destroy the works of the devil. 1 John 3:8

We don't serve in a divided house! We have unity with the Father, Son and Holy Ghost! God is One! God is good!

Therefore let us lay aside the false philosophies of men. Let us renew our minds from traditions of men to God's Word. We need no longer to entertain these ideas that God is putting hardships on us so Jesus can remove the burden thus receiving glory!

God the Father is not in Heaven creating some new form of illness, malady, infirmity or crippling disease to place on His Children so He can bring Jesus around to remove the illness and get some praise. God is not a narcissist! He is not in such need of attention that He creates disaster only to then cause it to be averted at the last moment thus receiving glory and attention!

The enemy (who is defeated), and a fallen sin cursed planet is what is truly at root for all negative circumstance. God is not the source of trouble but the solution to trouble. God is always good!

Thanks again for reading these posts. I appreciate always any feedback. Blessings in Him.
Posted by John W Reed at 20:48