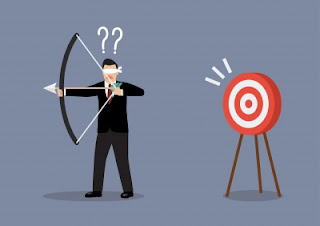 
We've been in an ongoing study of the Good News of Jesus and His great Grace. We've been getting back to the basics of the Gospel of Grace. We've addressed issues like is Grace only for those living in sin? Is Grace a false teaching? We've also seen how under Grace we are free from condemnation.

Today, I feel impressed to answer the question, what about sin? What about our sins? What is our standing before God when we sin? What is God's response to our sin?

There is in essence only three responses to the question. There is the legalists, religious, traditional response. There is the foolish response. Finally, there is the truth of God's Word and what He says about our sin. Who will you believe?

The legalist and the foolish go to the opposite extremes. To the legalist religious folk, your sins disqualify you and make you unworthy, unrighteous and of no use to God. Sin too much and your salvation is lost. The foolish goes to the opposite extreme. Their mantra is to do what thou wilt, the Cross paid for it anyway. This extreme ignores the obvious, sin carries with it consequences.

Setting aside these extremes, let's "be real." You don't have to be told it's ok to sin and all is going to be ok to know that that is a falsehood. How many lies have we told only to have them "blow up in our face"? The adulterer who lost his spouse and family's trust can tell you sin isn't really that fun. The addict who lost it all pursuing their addiction can also testify, sin isn't so glamorous.

Those who have seen His Grace and mercy in their life can also testify of God's goodness and faithfulness even when they weren't so faithful. They can readily see the legalist view discounts and disregards His goodness and Grace.

We could probably spend several weeks studying all these issues but we're going to briefly answer them all today. To begin with, let's get the obvious out of the way. What me must remember is we live in a fallen World. Sin abounds in this Earth. The enemy is the tempter, seeking ways to allure us to fall. We also aren't perfect and we are maturing into who He made us.

So we may fail, we may succumb to temptation. That doesn't mean we have to, doesn't mean the enemy and our flesh is stronger than Grace. It just means we aren't perfect. That said, its also obvious sin is not God's best for us. We don't celebrate sin or wrongdoing. We don't take Grace and misuse and misapply it saying sin is ok and there is no right and wrong. Grace supplies us the power to overcome sin and bad habits.

When addressing sin and repentance, we must define our terms. To repent means to change our mind. So repentance isn't crawling, prostrating ourselves at an altar weeping. It is us renewing our minds to what God says. So do we repent when we sin? We do change our minds about our actions.

When you cut someone off in traffic, or lose your cool with people, soon afterward you say to yourself, I shouldn't have done that. Or say I could have handled that better. News flash, that is Biblical repentance. You changed your thinking about that behavior.

You may say what about the Godly sorrow Paul spoke of? When we miss it or blow it, we may experience feelings of guilt or even sorrow. When we hurt others it is natural to regret those actions. We have the love of God within so we don't desire to hurt others. But guilt and regret aren't from God.

What about the confession of sin?

Tradition is quick to point us to 1 John 1:9 as the remedy of sin. What tradition forgets or dismisses is the truth that all our sins past and present and future are already forgiven in Christ.

We must begin with the truth as our foundation. We are forgiven once for all time. Our sins are completely forgiven and the price is fully paid. As Hebrews declared where there is an offering for sins there is no more need for another offering to be made.

1 John Was written around 95 AD. So what were believers to do when they sinned around say 58 AD? How about 90 AD? If we are to confess in order to be forgiven of our sins post being born again, why didn't God ensure that this message is the first one brought to the Church? I submit this was because 1 John 1 was written to unbelievers, not believers.

What about the breaking of fellowship?

This is the insidious lie of religious tradition. That when we sin we break fellowship with God. The idea is that God turns His back to us until we say sorry. Is that the picture of God?

Tradition uses 1 John 1 to promote this idea. The idea is that when we sin we actually are walking in darkness. So to tradition we walk in light and darkness. We are in the light when we are good little Christians, oh no we blew it, we are in darkness, oh you confessed, your back in the light. That is not the truth.

Paul tells us otherwise. We are the children of light. We are not of darkness. Paul tells us those in darkness are not saved. John in the first chapter of 1 John is addressing the Gnostics, those who were not saved, he was not addressing believers. So the idea that we lose fellowship is a falsehood.

This is the answer to the sin issue. God deals with us in our new identity. Because sin has been forgiven and washed clean past and present and future, God deals with us on that basis when we miss it. His response to our sin is to bring Godly correction in love.

How does He correct us? By reminding us of who we are. He reminds us we are the righteousness of God in Him. God doesn't hold our sins against us because Jesus already paid the price for them. He isn't going to punish sin in the Body of Jesus on the Cross and then turn around and punish us when we sin.

This also means He isn't sending disaster or destruction to nations because of sin. There are wildfires raging in the US State of California as of this writing. Some tradition ruled believer publicly declared God is burning this state because of sin. That idea is an insult to the Blood of Jesus and Finished Work.

Sin is missing the mark. Sin is not something we should pursue or celebrate. When we do miss it though, God responds with His Grace and reminds us of who we are.

His correction may be uncomfortable at times but He is just reminding us of who we are. Paul spoke of turning one over to the enemy. Tradition says this was God punishing the person. No, in light of the Cross, all Paul did was after exhorting the person to let go of that sin and the person refused, he allowed the person to experience the full consequence of sin, of following the devil's guidance. Once the person experienced all sin offered he was ready to forsake that lifestyle.

In summation, what is God's response to our sin? Is it to break fellowship? Is it to demand we fess up? Does He forsake us? No, He corrects us by reminding us of who we are in Him. He shows us the better way. His Grace supplies us the power to overcome. God never responds in anger, judgment or condemnation. He responds in His love and goodness. He is faithful even when we are faithless. This is the Good News.
Image courtesy of Sira Anamwong at FreeDigitalPhotos.net
Posted by John W Reed at 13:16

Once again, Exactly! I enjoy your complete grasp on the Gospel of Grace, and your clear way of presenting the Truth as you contrast the error of what most of us have always been taught - a gospel that is no gospel at all. It's always a pleasure to hear the truth! Even exciting! My spirit bears witness! Thank you!

Thanks for such kind and encouraging words. Glad it blessed you feel free to share wth others the Good News of Grace!