What's in a name? God's will to heal revealed in His name 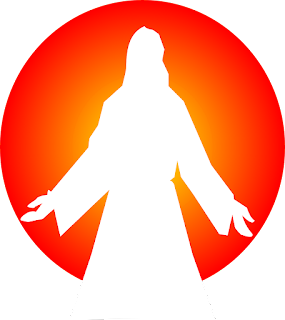 for I am the Lord that healeth thee. Exodus 15:26b KJV

Beloved, I wish above all things that thou mayest prosper and be in health, even as thy soul prospereth. 3 John 2 KJV

We've been in an ongoing study examining the question of God's willingness to heal. Many Christians believe God is able to heal the sick and afflicted. Many believe He has the power to heal. The real question concerns His willingness to actually heal someone when they ask for healing.

In answering this question, this study series offers five proofs of God's all-the-time willingness to heal. Recall five is the number of Grace. These are Graceful proofs of His provision of healing. The first proof we saw is the Lord's mercy and compassion.

God is a merciful Father. Jesus is the express image of Father God. Jesus displayed His Father's Love and compassion throughout His ministry. Wherein cold, dead religious traditions of man declare Jesus only healed to prove He was Messiah Yeshua, Jesus Himself revealed He healed because He was moved with compassion. Jesus demonstrated mercy, lovingkindness, and compassion by relieving the afflicted, healing the sick and raising the dead.

Today, we want to examine another proof of His all the time Goodness and willingness to heal. God has proven His will to heal by revealing to man His character, His Love, His Goodness in His redemptive names. He revealed Himself to men of that He is Jehovah Rapha, the Lord that heals you.

In Exodus 15:26 He declared to the children of Israel that He was the God who heals them. This is one of the foundation texts of this study. In revealing who He was in the redemptive name of Jehovah Rapha, He let His people know He was healer.

God gave these name to the patriarchs of old to reveals Himself to mankind. In essence, He was providing Abraham, Moses, David, the prophets and children of Israel His "ID card." When a local gov't institution, or business establishment asks for your ID card, it's what proves and confirms who you are. Well God has ID, it's found in His redemptive names.

Imagine if you will though, if you went to renew your driver's license and you handed the clerk your current ID card and they stated to you, "no that's not you." You surely would show the clerk your ID again, show them the picture and address. You would be confirming that you are who you say you are. Your legal current ID card doesn't lie. The clerk would be mistaken, not you.

Now with that mental image, think of how religious tradition, the world, the enemy and men's own experience question God's ID. What could I possibly mean? Well, He has revealed His identity through His redemptive name of Jehovah Rapha, the Lord who heals, but men and the enemy declare no that's not who you are. You may have the ID card of Jehovah Rapha, but that's not who you are.

Men say God has ceased His healing miracles today. The enemy accuses God in the minds of men declaring He is not Faithful and true to His Word. Some say I asked God to heal me and He didn't, so He isn't who He says He is.

In all this maligning of God's character, I notice that men have no problem accepting God's other character traits revealed in His redemptive names. In Jeremiah, the Lord reveals who He is to us, the Lord our Righteousness. So why have we not seen religious leaders question this aspect of God?

Why no questions asked, and concerns raised when God declares He is our Righteousness? God revealed that He is Jehovah Tsidkenu, the Lord our Righteousness. We readily accept this aspect of God's character and nature and revealing of who He is without objection. Yet when this same Jehovah declared He is Jehovah Rapha, religious tradition and man's experience quickly protest.

Somehow, those of us who accepted God at His Word, and revealed identity, and God Himself, are actually mistaken. God isn't the Lord who heals. He is either the God who used to heal, or the God who sometimes does and sometimes doesn't. You can never know for certain.

When did God reserve the right to dishoner His own Word? When did God declare it's ok to deny my own nature, character and revealed name? God Himself has revealed Himself as Jehovah Rapha, the Lord who heals. He was healer then, when He introduced Himself as healer, and He is healer still today, He is the existing one, the unchanging One, the One who was, and is, and is to come.

This name doesn't prove He wants to heal me, some would cry out. That is untrue. He declared He is the Lord who heals. He didn't add a clause or stipulation in this declaration. He said He is healer. If He heals one, He heals all, there is no respect of persons. Again, why is this same objection not lobbed at the revelation of The Lord our Righteousness, and the Lord our Peace?

In summation, God has revealed to man who He is through His name. His name is highly exalted. He is who He says He is. Let's take Him at His Word.