Is it God's will to Heal everyone, including You? 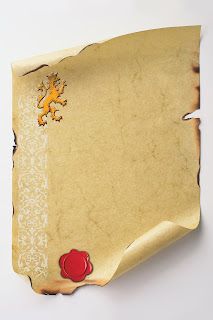 for I am the Lord that healeth thee. Exodus 15:26b KJV

“But you—you serve your God and he’ll bless your food and your water. I’ll get rid of the sickness among you; there won’t be any miscarriages nor barren women in your land. I’ll make sure you live full and complete lives. Exodus 23:25 MSG

This should be a sure foundation, but sadly it is not even an established truth in the minds of many religious leaders in the Body of Christ. Honestly, it's even considered controversial in some religious traditional circles of the Christian Faith. Some would even dare say it's a heretical point of view.

I recently witnessed a panel discussion among some religious leaders. They were sounding alarms and red flags concerning  Charismatic ministries in the Church today. One of their greatest concerns was the notion that believers could dare to believe that their Faith in God would cause healing to manifest in the body of the sick and afflicted.

In essence, how could mere man have the gall to believe God would actually heal when we ask Him in Faith? Who are we, the created, to dare ask of our creator anything? Don't you know that we are mere worms in the dust, we have no right to ask anything. He is God, the Sovereign One. Just sit still, silent, and satisfied with whatever comes your way in this life. Yours is not to question, just be glad you exist at all. Be thankful He sovereignly chose to even allow you to be saved.

This mindset is the obstacle that we as Christians must overcome in order to see God as Good. To know Him, as our Father. To trust that He has our good and well-being at heart.

These tradition-minded believers, much like the Pharisees and Sadducees of old, think they are "protecting" God and His Word from error. Therefore they view themselves as some form of watchmen. In reality, they are deceived into a subtle form of self-righteousness.

These religious leaders would never want their own children to suffer debilitating disease, lingering sickness, and suffering pain and anguish. Had they the power, they would never afflict their children with impoverished conditions, disease, and sickness. Yet, they believe God our Father willingly afflicts His own kids. In essence, they then are more caring, compassionate, and loving than God is.

Healing is God's will, all the time, in every situation

God in His infinite wisdom and Love has made a way for us to know His will concerning anything that pertains to life and godliness. Faith begins where the will of God is known. Look at John's promise of answered prayer. According to the standard of the Word, asking according to His will means God obligates Himself to reveal to us His will.

He has done just that. He has given us His Word and the life of Jesus to reveal His will to us. God has not left us in the dark concerning His perfect and best for us His children.

Faith, trust, and belief can only exist where the will of God is known. If there is any uncertainty or doubt concerning God's will to save you, to totally forgive you, to make you Righteous, to fill you with His Spirit and bestow His Gifts, to secure your salvation, to heal you and make you whole, to protect and deliver you, to increase and prosper you, Faith cannot exist. You will never be fully persuaded wherever there is an if involved in anything you're trusting God for.

God can be trusted. He is a Good Father. How can I say with such boldness that it is God's will for you to be healed?

And the whole multitude sought to touch Him, for power went out from Him and healed them all. Luke 6:19 NKJV

God was willing for all to be healed then and He's willing today. He hasn't changed. God wants you well.

In upcoming studies, I want to give you five proofs of God's all-the-time willingness to heal you. Five is the number of Grace. God in His Grace has made a way for your healing.

Image by Stefan Schweihofer from Pixabay