The Suffering Question: God is in Control? 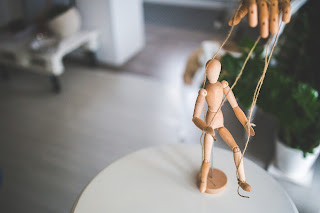 Give thanks to the Lord, for he is good! His faithful love endures forever. Psalm 107:1 NLT

8 The Lord is gracious, and full of compassion; slow to anger, and of great mercy. 9 The Lord is good to all: and his tender mercies are over all his works. Psalm 145:8-9 KJV


We've been in an extended study examining the suffering question. We've been examining God's role in human suffering and tragedy. We've seen God is always good no matter the circumstance. We've addressed the issue of God's role in sickness and disease and the troubles we see in this life.

Today, I want to further explore the concept of God being in control. Is God in control? If so what precisely does that mean? Does it mean that God ordains, and controls every single aspect of humanity? Does He control every single action on Earth?

Those under traditional religious views see God as the ultimate controller. That is that He literally controls every facet of life on Earth. Earthquake occurred? God must have some mysterious purpose in the destruction. God must have some plan that called for the killing of women and children when buildings collapse during the tremors.

When you actually verbalize what you think you believe about God's sovereignty it makes you pause and reflect. Your own words will challenge your understanding about who God actually is. As an example of this, before a total understanding of the Good News Gospel of Grace, I used to hold to the view that Christians could lose or leave their salvation. It wasn't until a minister friend simply asked me to articulate what I actually believed.

When I stated how I could conceive a believer could lose their salvation it made me pause. I was like this doesn't sound right. My spirit was challenging my intellect and understanding. Then I was able to read the Scripture unbiased and free from my traditional sentiments. Now I know beyond doubt we are secure. So likewise, articulate what you mean when you say God is in control.

Now the phrase God is in control is a man-made saying. There exist no passage stating this phrase. Believers though have made this phrase an almost tenet of the Christian faith. In my life, I have seen this phrase used to explain horrific events from plane crashes to rape and murder.

Is this the right way to explain God's sovereignty? Let's explain the truth about sovereignty. God is sovereign. That is He is the supreme ruler. There is only one true and living God. That is Jehovah God, the Lord most High. It's not false religions created by the enemy to deceive mankind. It's not buddha, not krishna, not wiccan witchcraft, not new age crystals, not taoism, not shintoism, not hinduism, not mohammad, not allah! No there is only one true and living God and He is mighty, He is majestic, He is the Lord Most High and Jesus is His only begotten Son who came and died for us and purchased our redemption.

The Lord has established His throne in heaven, And His kingdom rules over all. Psalm 103:19 NKJV


God is in Control...of crime?

Does God's sovereignty mean He is controlling all aspects of mankind? So when a man robs a bank, traumatizing employees and customers as he brandishes a firearm and threatens violence unless they comply with his demands for money, is this God controlling Him? Is God ordaining him to commit this crime?

When a twisted individual preys on women, brutally raping them and causing a trauma that takes much to totally heal from, is this God controlling him? Is God in His sovereignty ordaining that a young woman be violated and mauled?

Same can be said of child molesters, battered wives and children. Are abusers only being controlled by God to do these horrific acts? Did God ordain that some children should be mistreated?

If God is ordaining criminal activity and we try to stop said crime are we rebelling against God? Are Police and the judicial system counterproductive to God's mysterious purpose and plans? I hope you can see when articulated this concept of hyper-control used to explain away tragedy is completely twisted thinking and counters the character of God.

God is in Control...of international crisis and suffering?

Let's apply this hyper-control concept to WW2. Did God in His sovereignty cause Hitler and Mussolini and Tojo to commit aggression and invade other lands with the intent to conquer? God is in control...so does that mean He ordained that thousand upon thousands die in war?

What about the Holocaust? Did God in His sovereignty, in some mysterious plan ordain that 6 million Jews be exterminated by evil men? God is in control. Does this mean that He caused this event?

I hope you are getting a clear image of the consequence of believing this concept that God is literally controlling every aspect of human events. How is God just if He causes men to steal, kill and bring destruction?

God is in control...of elections and rulers?

Living in America, I have seen this tired hyper-control concept used to describe every election for the Presidency since I can remember. God put so and so in office. God wanted this one, not that one.

Look, did God go into the voting booth? This concept is utter nonsense. God gave mankind a free will. Men and woman of voting age, by their vote, elected a leader. God can influence your vote but He doesn't vote.

The hyper-control view concerning the Presidency is also the arrogance of our Nation. I'm not bashing America in any way by saying that. I am talking about individuals who take for granted our liberty and freedoms.

Would the same be said of Germany during WW2? Did God put Hitler in office? How about the many tyrants over the years that have ruled lands? God put Nero in charge? The ruler who murdered Christians? That's absurd.

I trust articulating the twisted view of hyper-control makes you challenge traditional religious viewpoints. God is the supreme ruler.  That is the truth. However, God is not ordaining, and creating, and causing every event on Earth.

The heavens belong to the Lord but he has given the earth to all humanity. Psalm 115:16 NLT

This passage should bring clarity and understanding to the truth of Sovereignty. God is God, yet He isn't controlling every single aspect of life. The Bible as a whole proves this beyond doubt.

We see all throughout Scripture, God wanting one thing and people doing the opposite. God wanted the Children of Israel out of Egypt the moment He sent Moses to speak to Pharoah. Yet Pharoah didn't comply. Why? He had free will. He chose wrong.

In summation, keep the character of God in the forefront when trying to understand how God operates. He is loving and just and good. He isn't a harsh taskmaster, He isn't a tyrant. He isn't ordaining evil. He is a good Father.

Let go of the traditions of men to explain horrific events. We live in a fallen world. That's why we see tragedy. Also, mankind has free will. Also, equipment and materials can break down, can be defective. That's why we see plane crashes and car wrecks. Not because God caused them. Use God-given wisdom and Bible sense, not the religious traditions of men.
Image by Karolina Grabowska from Pixabay
Posted by John W Reed at 11:40