Lies Religious Tradition Taught Us: God is the sender of storms and disasters 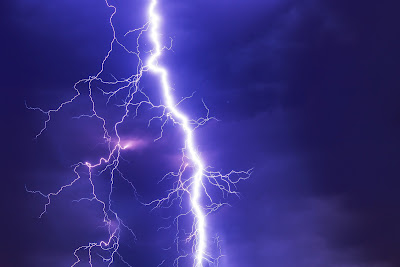 5 Having a form of godliness, but denying the power thereof: from such turn away. 2 Timothy 3:5 KJV

We've begun a new series exposing and uprooting the lies traditional religion has taught us. Ideas taught for so long they've become a stronghold in our thinking. In our last study, we pulled down the stronghold that God is the author of sickness and disease.

Today, it seemed good to tear down the stronghold of thinking God is the author, the sender of storms and "natural disasters." The tsunamis, the volcanic eruptions, the hurricanes, the earthquakes, where do they come from? Why are they here? Natural science explains why earthquakes happen, what makes a hurricane. Tradition though says God authors them or sends them to punish or to judge sins.

Disasters and destruction and storms and tsunamis are sadly a part of life in this fallen world. We see earthquakes or tornados strike certain geographic regions more than others. Is it because God did it? That's what religious tradition claims.

Why? They hold to some hyper sovereignty view that God controls all facets of life on the planet. A storm popped up somewhere? God must have designed and designated it. I've seen Christian books trying to answer questions about God and they declared God is controlling the planet, so yes He is the root of disaster.

What do I think of this? Truthfully, it doesn't matter what I think, but what God's Word actually says. To be transparent though, I think that kind of teaching is hogwash. It cannot be supported by Scripture. The Word actually informs us that this is a fallen world, a fractured creation. That's why we see "natural" disasters.

How did Jesus view disasters? Did He celebrate and bless them as the handiwork of God? Never. Jesus is perfect theology. What does that mean? Jesus was a perfect representative of the Father. His words were perfect for all the situations He encountered.

You see Jesus often ministered principles that were for the Nation of Israel under the Old Covenant. Other times He spoke of truths of the New Covenant to come. Where people get mixed up is assuming all His words only applied to the Jews or all His words apply to the Church today. We must rightly divide His words.

What many fail to see is the amazing love and wisdom Jesus demonstrated. At times Jesus speaks of the sacrificial system and the Law governing this. At other times He speaks of eternal security for the believer. In all He spoke we must not just see them as mere commandments that need to be obeyed or else.

Jesus' words reveal the Father's heart. What we see in all of Jesus' words, is God's heart for humanity. He is about restoring relationships. He is about establishing healthy boundaries. He's about being sincere with God. He's about us knowing our God as a Father not a taskmaster. Now see how Jesus views disasters.

In Luke, we see an event that transpired. A tower collapsed, what is Jesus response?  For those who preach God uses disasters to judge people, this account doesn't support that conclusion. Jesus showed those present that all humanity is equally guilty. This is good news because it showed all are guilty, no one is special or acceptable by their own doing or goodness. We all need a Savior.

In this tragic event, we don't see Jesus assigning blame to God. He didn't assign blame to the people's sin or wrongdoing. It's a fallen world. What about storms and weather conditions? What is Jesus' response?

This gives us insight into the dominion and authority the Church has on this Earth. We can take authority over these disasters. Even if we don't see the full manifestation of storms dissipating or quakes ceasing, we can still reveal the heart of the Father. We can bring relief and supplies to all those affected.

What have we seen today? This is a fallen fractured creation. God is still God, and He is Good.

God is a Good Father. He isn't the author or creator of storms, tsunamis or floods. God isn't ordaining disaster and death. God isn't sending tornados or raging fires to judge or punish any nation or city. God is the giver of life not the taker of it. His Goodness is running after mankind to reveal the heart of a Good God who loves with an everlasting, unconditional love, who gives the gift of eternal life, and restores and brings healing and wholeness, not death and destruction.

In summation, storms and disasters aren't from God. God is Good all the time. God has revealed Himself in the person of the Son. Jesus perfectly represented His Father here on Earth. He went about doing good, healing and bringing hope and restoration. He's a Good God.
Image by FelixMittermeier from Pixabay
Posted by John W Reed at 10:08