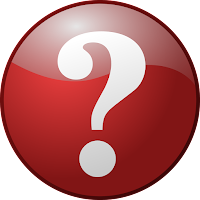 
We're beginning a new series of study. We want to take a closer look at God's goodness, mercy, and love. We want to examine the suffering question in the light of God's Grace and Finished work.

So the first truth we need to establish is that God is indeed a Good Father. God's goodness is a foundational truth all believers need to establish. If not the enemy and traditional religion will bring much confusion and misery in this life. The enemy will bring his deceptive attacks and will lie saying God is doing this to bring maturity and perfection and the religious will concur.

When we say God is good, the skeptic and the atheist will point out all the judgment and death seen in the Old Testament. They will say how can God be good and yet sanction the killing of people's with the wars Israel fought in taking the land and keeping the land?

First, we must know there aren't two Gods. God wasn't some harsh heavenly tyrant under the Old and then a good God appeared in the New Testament. God didn't get a new heart and mind when Jesus was sent to Earth to be our substitute. God has always been good and the God of love and mercy.

The Lord is gracious and full of compassion, Slow to anger and great in mercy.
The Lord is good to all, And His tender mercies are over all His works. Psalm 145:8-9 NKJV

6 “For I am the Lord—I do not change. That is why you are not already utterly destroyed, for my mercy endures forever Malachi 3:6 TLB

These are Old Covenant passages. God has always been good, merciful and compassionate. Under the Old, however, God had not yet sent Jesus. God had no choice but to send judgment for sin. When He instituted the Law and sacrifices He was able to still much judgment for the sins of people.

Also, when looking at the cultures of the people's the Nation of Israel warred against and defeated to take the land were barbaric in nature. Apart from God they worshipped idols and sacrificed their own offspring at times. Was God desiring to kill humanity? Of course not, but Jesus hadn't yet paid the sin debt of humanity. Going further back, when we see Noah and the flood people omit the level of sinful and wicked degradation man had sunk to.

God in these times prolonged judgment because of His goodness. Had mankind repented, changed their minds, and changed their actions to align with new thinking and asked God for mercy do you think there would have been a flood?

God is a Good Father. If people actually read the Old Testament in its entirety they'd see God's wrath and anger is a drop in the bucket compared to His loving kindness and mercy. True God isn't some "Hippy" who winks at sin and rejects any values and says whatever feels good do it. Sin is destructive. Doing your own thing, that is satisfying your selfish whims and lusts at any moment, is not profitable. God gave us values and standards of living because He loves us and wants us to live abundantly blessed not in the misery of poor choices.

One area of the suffering question and God's goodness that is highly controversial and brings about passionate emotional responses is the idea that we ourselves may have contributed to our own circumstances. To even suggest that we contribute to our own misery in some situations is almost blasphemous. It also seems as to suggest that it means you're a cruel, heartless, judgmental and uncaring individual.

So when it is said there are possible situations we bring about by our own choices or make our condition worse by our thinking or words or actions it is not designed to cause one to revel in shame or guilt or condemnation. In fact, no matter what the situation, rejoice in your righteousness in Christ. Knowing who you are is the biggest step to bring deliverance or receiving the strength to get through whatever you're going through.
The point in addressing this aspect is because when we say God is good, some would say well look at my situation, how can He be good? I am not speaking of events like war-torn lands or plagues or natural disasters or situations that appear beyond our control. Yet even in those situations, Father God's hand is not too short to rescue or preserve people.

I am speaking of events we do have some control over. Things like getting terminated from your job, or your spouse committed infidelity, or you are experiencing financial troubles or had a traffic incident. This list of events may seem beyond your control but if you pause and reflect that isn't always the case.

If you are not a good and faithful employee why blame God for losing your job? If you show up late often or shirk your duties to waste time is it really strange that you lost your job? God is good and His hand of favor is on His children but if you work against God and reject wisdom then you may find yourself without work, don't blame God and again don't get under guilt but remember who you are and live out of that identity.

What about relationship struggles? Well, if you find yourself friendless, but omit the fact that you always berate or talk down to people, or continually gossip about people do you really think people want to fellowship around that behavior? Again be who Christ made you walk in the Love He has bestowed on you, showing yourself friendly and friends will come.

Marriage issues? Divorce? That is tragic. Divorce is an incredibly harrowing and emotional draining experience. It is not God's best for couples to divorce but sometimes necessary.

Let's get real, there are people who are abusive verbally and physically and sadly even sexually. For many years, spousal abuse went unchecked in this nation and sadly still does in other parts of the World. If you're a believer, then there is no excuse ever to verbally or God forbid physically abuse anyone. That's not the God kind of love leading you and you need to repent, change your thinking, into God's way of thinking. If the abuser finds themselves suddenly alone don't blame God, instead turn to Him.

Divorce can be the way of escape from abusive spouses and the one who commits adultery. Speaking of adultery, I am going to make a controversial point. Before I do, let me be clear, adultery is inexcusable. No matter what the situation, one issue doesn't excuse another poor choice. If you commit adultery, don't blame God if you find yourself divorced.

As for adultery, let me be controversial, not that I am intending to be, but just want to be real clear. There are contributing factors to some situations we face. Let's not forget that when dealing with this situation as well. If one spouse refuses to take care of the other then the Word tells us the enemy will come and bring temptation. The Word tells us there is a step one can take to affair-proof their marriage.

Again, infidelity is the sole fault of the one engaging in the act. However, there are some contributing factors that need to be addressed. In Christian circles, I have seen women who almost brag about their lack of sexual relations with their husbands. I do blame religious tradition which makes it seem sex is dirty or some chore the wife must endure. If you as the wife repeatedly refuse the advances of your husband why be shocked when the enemy accommodates him?

The rage from the ladies must be strong now. They would say well he doesn't do this or that, or he doesn't respect me. He doesn't talk good to me. Ok, that may be true. But under Grace, do we treat the other how they deserve to be treated or how we want to be treated? How does God treat you? Does He say well sorry you have done this wrong and that not correctly and therefore I withhold my love and goodness from you?
I am by no means excusing poor behavior from husbands. But by showing Grace to the undeserving, and through prayer and Faith, and God's love isn't it possible that God will deal with that husband? Could it be by showing Grace he may change his stubborn, stupid acting, stupid talking, stupid impatient ways? We men are sometimes clueless about how we are being perceived. Pray Jesus' love within our hearts keeps guiding us to more and more truth.

Financial difficulty? This can be due to us mismanaging our finances and not making wise decisions. The contributing factor could be a lack of wisdom. Not properly budgeting or making foolish choices with our funds. Again no condemnation but seek for wisdom and God's favor but don't blame God for the mess we make.

Traffic accidents and other incidents should cause us to reflect on our driving skills not blaming God. If you text and drive and get into an accident don't say God had some purpose in wrecking your car. Don't get a traffic citation because you chose to disregard the speed limit or other rules of the road and think God must be punishing you.

My point is clear, there are some circumstances that we create, or exacerbate by our choices. We can't blame God, and yes in some cases we can't even blame the enemy. I know the enemy comes to steal and kill and destroy but as we see sometimes our choices bring us tough times.

I recall a couple at a church years ago give a "testimony" that they went to a conference even though they didn't have the funds and they said their faith saw them through because their bank card wasn't rejected the whole five days they stayed at a hotel. When they came back they were shocked to discover that when their paycheck came into their checking account it was immediately taken by the bank putting their account to almost zero. They cried out the devil took their offering money and such but he was gonna restore what he stole.

No dear ones, you didn't understand overdraft protection banks offer. The bank deposited money into your account that y'all had overdrawn and when your paycheck arrived the overdraft amount was taken from that paycheck to repay the bank. The devil didn't take your paycheck, your ignorance and foolishness in the name of faith took your pay.

God is a good Father. He is loving and merciful. He is not a harsh taskmaster and He isn't the heavenly tyrant tradition make Him out to be. He always has our best in mind. He is always for us and never against us.

In summation, we must know God is always good to walk in triumphant victory. We must understand His character has never changed. We also must understand the place our choices and actions and wrong thinking have in negative situations we may be facing. We must never blame God, He isn't the source of our trouble but the solution to our troubles.
Image by Clker-Free-Vector-Images from Pixabay
Posted by John W Reed at 12:08