Good News vs Fake News: God is Holding Your Sins Against You 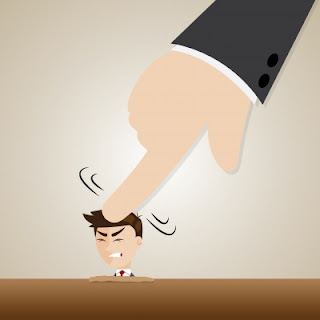 We're in a series of study distinguishing between the Good News of the Gospel of Grace and the fake news of religious tradition. As we have stated, religious people are not our enemy. They are our brothers and sisters in Christ. Their eyes haven't yet opened to the glorious full Gospel of the Grace of Jesus Christ.

In our last study, we began dealing with the issue of sin. We began addressing the areas of tradition surrounding the subject of sin. So far we've seen that God isn't punishing us when we sin. Today, I want to look at another aspect of this subject of sin.


Is God holding our sins against us?

When we sin is God holding that against us? Is God charging it to our account? In more simpler terms, is God keeping score? Is He tallying up each and every time we blow it? Is He tracking our "good" days and "bad" days?

Does God see our sin and then tell the angels, to step away from us? Does He tell the Spirit to depart from us temporarily? Does God withhold His presence and power and provision?

The answer depends on who gives it. Tradition would say absolutely. Tradition may say "ok, God isn't literally punishing you for sin, but prayers and provision are hindered until you repent and confess." Grace says otherwise. God isn't accounting our sins against us.

A lack of fully understanding the New Covenant and the Finished Work of Christ is why there seems to be some confusion among many Christians. Any rational believer will agree and conclude sin isn't fulfilling and takes us further than we want to go and often ends up costing us more in the long term. Grace isn't about celebrating sin. It's about victory over sin, freedom from addictions, and mercy and goodness extended to those still struggling.

Think about it. When we are in a hurry, and cut someone off in traffic or don't let somebody merge into our lane, later on, we realize that wasn't very kind of us and not very loving to another. When we allow anger to dictate our reaction, lust to overtake us, or bitterness to alter our mood we wish we could take back our words or actions. Now in these moments, where is God? Is God saying I wanted to lead you and guide you but you've failed? I wanted to bless you but now my hands are tied?

Tradition would say God's hands are tied. He can't help or heal until you repent and confess. Why? Because of not rightly dividing the New and Old Covenant. There is a passage that trips them up.

If I regard wickedness in my heart, The Lord will not hear; Psalm 66:18 NASB

See? Religion says. It's clear Scripture. How do you hyper-grace preachers spin this? If we have sinned He won't hear. The understanding of this passage is again by sticking to context.

The Psalmist is writing under the inspiration of the Spirit under the Old Covenant. There is no mediator between God and man at this time. Sin was merely covered for a year. This is an Old Covenant principle. Secondly, allow the very passage to interpret itself.

Tradition is once again not rightly dividing between the Old and New. Under the Old, seeing our sin and without a Finished Work, and mediator between God and man sin was a barrier between God and Man. Under the New Covenant, Jesus became sin and paid the full price for the forgiveness of all sin. Jesus already dealt with the sin issue.

Is God holding your sins against you? Allow the New Covenant to Answer.
19 For God was in Christ, reconciling the world to himself, no longer counting people’s sins against them. And he gave us this wonderful message of reconciliation. 2 Corinthians 5:19 NLT

2 He is the one who took God’s wrath against our sins upon himself and brought us into fellowship with God; and he is the forgiveness for our sins, and not only ours but all the world’s 1 John 2:2 TLB

17 And then he adds, “I will never again remember their sins and lawless deeds.” Hebrews 10:17 TLB

Is God holding your sins against you? How could He? How could our God charge your sins to your account when He said your sins I will remember no more? How can He keep track of your failures when He declared He is no longer counting people's sin against them? Did Jesus tell a lie? Was Father God fibbing? Tradition seems to think so.

Traditional religion has yet to grasp the fullness of the goodness and greatness of God's New Covenant. They seek to pepper this New Covenant with a pinch works. A dash of self effort. A sprinkle of performance and achievement. In traditional religion, His presence, power, provision are mere rewards for good behavior. So bad behavior means He can't respond otherwise God is rewarding bad behavior. Thank God the New Covenant is so much better than religious tradition.

God's provision isn't a reward for good deeds. God's presence, blessings, favor, and salvation are demonstrated in our lives because of His goodness and love, not ours. It's because of the Father's faithfulness and kindness, not our good works. Jesus Finished Work purchased our complete redemption, not our achievements or sustained goodness.

Thank God for this New Covenant. If God did account our sins we all would be in trouble. Because no one has it all together, (not saying we can't find triumph over temptations and addictions, but reminding us that God's standard is absolute perfection.) Grace has it all together and in this New Covenant, He is the mediator between God and man. He is the covering and cleansing of all our misdeeds and sins. We are complete in Him, lacking nothing.

In summation, disregard tradition. God is not keeping track of our sins. He isn't tallying up our good days and bad days. He isn't holding our sins against us and withholding answers to prayers until we get things right. In this New Covenant, we've already been made right. We have a mediator, the person of Grace Himself, the Lord Jesus Christ. Receiving anything from God comes by Grace through faith, not our behavior. When in prayer don't look within yourself to see if you measure up and end up disqualifying yourself and shrinking back. Look to Jesus, He is your completion and He Finished the Work and His blood already purchased the provision.
Image courtesy of iosphere at FreeDigitalPhotos.net
Posted by John W Reed at 13:48