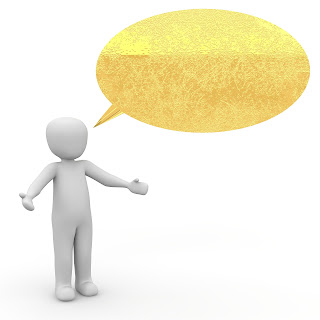 But as you abound in everything—in faith, in utterance, in knowledge, in all diligence, and in your love to us—see that you abound in this grace also. 2 Corinthians 8:7 MEV

You do well and excel in every respect—in unstoppable faith, in powerful preaching, in revelation knowledge, in your passionate devotion, and in sharing the love we have shown to you. So make sure that you also excel in grace-filled generosity. 2 Corinthians 8:7 TPT

We've begun a series focusing on the Grace of God. Specifically, we're examing how this Grace is abounding towards us. How this Grace enables and empowers all aspects of Christian life.
So Far we've seen how this Grace produces empowerment when received. We've seen how this Grace impacts our Faith. Today, let's go further and see how Grace abounds to our words.
Let no unwholesome word proceed out of your mouth, but only that which is good for building up, that it may give grace to the listeners. Ephesians 4:29 MEV
His Grace abounds to our utterance, that is our speech, our words. We should speak words that reflect what's happened inwardly. That is, His unearned, undeserved favor has overtaken and blessed us with new life. Our words and messages to others should convey the good news.
There are three areas of our words where Grace abounding brings change for the better. Let's briefly examine them. First, we see it from Paul here in Ephesians.
Our words should build others up. Instead of constantly criticizing, belittling, cursing others we can build them up. We can speak words of encouragement. We can speak words of hope. We can speak words of life, not death.
Proverbs tells us a soft answer turns away wrath. Harsh and unkind words just stir up anger. Words of Grace defuse and deescalate tension and anger. I've seen how an angry person has relaxed when soft words were spoken. This is not a weakness but a strength.
The next two areas often work in tandem. The area of judgment and condemnation. Words should not be used to sit in judgment of others. Our words should minister Grace never condemnation.
Speaking of utterance, some like to claim their words are inspired of God. They then begin to proclaim doom and gloom. That judgment is coming upon this city or this nation or that region. These claims dismiss the Grace of God. Jesus paid the price for all sin and the Father accepted the Finished Work. Jesus took the full judgment and bore the wrath of God. There is no judgment on nations or cities for their sin. Jesus' blood was enough.
Words that are spoken or ministered should never be seasoned with condemnation. Condemnation doesn't produce change. Condemnation just forces people to conceal their habits, their addictions, their sins deeper, and more cleverly. Only Grace being spoken and received will produce a change of mind.
Some ministers like to minister with a mixture of Law and Grace. With a little condemnation and then a little Grace. They enjoy the large altar calls in their gatherings.
Want a large altar call? Here is how to have a large altar call in two easy steps. Step one, strip away the full assurance of eternal life in your hearers. Step two, preach about how sinful your hearers are. The altar will be flooded with those awaiting to get saved over again. Repeat weekly.
Now it will appear that your church or gathering is in revival. In reality, all you're doing is telling the children of God, those who've accepted Christ by Faith, that they really aren't God's children. All you've done is become an echo and mouthpiece of the enemy bringing accusation to God's beloved. Instead of the enemy whispering his lies in their ears, he has preachers proclaiming them loudly through a microphone.
God's Grace abounds to the believer. His Grace abounds to our speech and utterance. We can speak words of life. We can speak words of hope. We can speak in agreement with God and the Finished Work. We don't have to allow our words to become the echo chamber of the enemy and his lies.
In summation, His Grace abounds to all areas of life. Our words under the influence of Grace will speak life, love, and liberty to the captive, to the downtrodden, to the lost. Our words can minister to others. Our words can pick people up when they're down. Our words of Grace can rebuke shame and guilt and fear off of God's people. The enemy likes to say shame on you, Grace speaks shame off of you. Our words influenced by Grace bless others and reminds us of who we are and whose we are.