The Reason for the Season: the Father and His Family 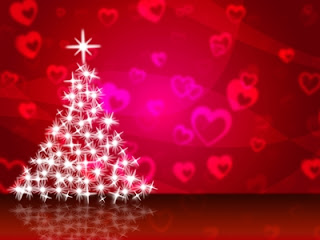 21 And she will bring forth a Son, and you shall call His name Jesus, for He will save His people from their sins.” Matthew 1:21 NKJV

It's Christmas time once again. Malls are packed. Package deliveries are filling many a front porch. Christmas songs fill the radio. It truly is the most wonderful time of the year.

At this time, we also deal with the ever-controversial debate is Christmas too commercial? Is it really about receiving gifts? At the same time debate rages on, tradition and not truth abounds about the Christmas story, that is unScriptural songs, incorrect portraits of the Nativity scene etc.

Listening to some religious traditional minded leaders we may get some misunderstandings about why He came. About why He was sent.
“Glory to God in the highest [heaven],And on earth peace among men with whom He is well-pleased.” Luke 2:14 AMP
The angry gospel, the hyper holiness message, tend to convey the idea that God sent Jesus to finally straighten out mankind. To sort out the bad from the good. They've used this passage of the Christmas message to say, see God only approves of certain men and God is angrily disapproving of the rest.

The truth God revealed in Christ is no one has got their act together. There are no good guys in comparison of the absolute perfect standard of God's righteousness. We all need a Savior.

Another tradition is this subtle concept that God sent His Son to find faithful servants. That God was really looking for a people who would be His dutiful servants. In other words, God was seeking servants and subjects to serve in a kingdom.


The Father and His Family

This is not the Good News Gospel. Look closely once again at the Christmas account. The Christmas story is about glad tidings of great joy to all people. When God was saying He was well pleased with men, He was speaking the end from the beginning. This was not a proclamation that God is pleased with the behavior of mankind. This message was that God is well pleased with all mankind, that is He is accepting and approving off all to receive this new life.

The Good News isn't a select, exclusive message. For centuries, the Hebrews were the only ones offered a way of right standing by following the Law and sacrifices. The Good News was that God is accepting all of humanity to simply receive a free gift. Be it Jew or Gentile, male or female, all are welcome.

Why did He come? Jesus was not sent to find subjects. God already had servants. Though they weren't perfect, the children of Israel had a servant, master relationship with God. Jesus came to offer a new dynamic of relating to God.

Instead of merely being a servant, the Father wanted a family. He wanted sons and daughters, not servants and subjects.
12 But to all who believed him and accepted him, he gave the right to become children of God. 13 They are reborn—not with a physical birth resulting from human passion or plan, but a birth that comes from God. John 1:12-13 NLT

The Father has always sought a family. He placed Adam in the garden. Before the fall He communed with him face to face. After the fall, because of man's fallen nature, God couldn't commune face to face. Sin was a barrier that needed to be removed.

With Jesus Finished Work, mankind would once again commune with God in an intimate way. What God did is something much better than the garden. Instead of simply communing with mankind face to face, with the new birth, God could now dwell inside man. God's temple is not a building but man's spirit. God dwells inside the believer never to be separated again.

The reason for the season? The Father was seeking a family. God was not seeking subjects. He was seeking sons and daughters. He was not sent to create a new class of indentured servants. He was sent to bring about a new species of being that had never existed. The born-again man, the righteous man, the new creation man that has God Almighty, the Creator actively living inside of him. The Father gave a Son so He could receive a Family.

The Good News, the glad tidings of great joy of Christmas is a message that should be heralded year round. God in His exceeding great love for us, gave His one and only Son so He could receive a family. He wanted sons and daughters to commune with and to have fellowship. He was not looking for slaves, servants or subjects. He was looking for you. He was looking for whosoever will to come and be a part of His Family freely. This is the Good News reason for the season.
Image courtesy of Stuart Miles at FreeDigitalPhotos.net
Posted by John W Reed at 11:25