Can you be Christian and gay? 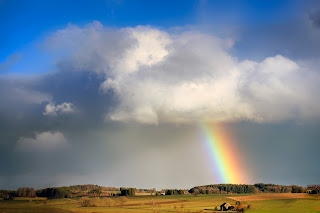 30 He then led them out and asked, “Sirs, what must I do to be saved?”31 They said, “Believe in the Lord Jesus Christ, and you and your household will be saved.” 32 And they spoke the word of the Lord to him and to all who were in his household. 33 In that hour of the night he took them and washed their wounds. And immediately he and his entire household were baptized. 34 Then he brought them up to his house and set food before them. And he rejoiced with his entire household believing in God. Acts 16:30-34 MEV

There is a question that many might believe to be quite controversial. There is a subject that can be divisive and may even cause anger to arise within people. That is this issue of homosexuality and the Christian faith.

This is a sensitive subject because most people personally know someone who is homosexual. Emotions are therefore heavily involved in this subject. In order to address this matter, emotions must be set aside and clarity and dignity, and compassion must be given precedence so truth can come forth.

Let's be clear and concise and to the point. Let's answer the question I brought forth. Can one be a Christian and yet be gay? The answer to that is found in our opening text.

What must one do to be saved? Keep the commandments? Give regularly to charity? Observe the Law perfectly? No, for one to be saved all they need to do is one thing. Believe. Simply believe in or place their trust in Christ. It's that simple.

16 “For God so loved the world that He gave His only begotten Son, that whoever believes in Him should not perish, but have eternal life. John 3:16 MEV

To answer the question, yes you can be a homosexual and be a Christian. For all it takes to be saved is trusting in Christ alone. Our behavior isn't our Savior, Jesus Christ is.

This is the Gospel proclamation. God so loved you He gave His Son to take your place. He died for you and arose victoriously therefore the price has been completely paid for! God isn't mad at you or anyone. In Him is found perfect peace and complete forgiveness and real Love. Life, eternal life, hope, and acceptance are only found in Christ, all He asks is for you to believe it, trust Him alone, and receive it freely.

Is that it? Yes, that is it. It's a simple answer to a question that stirs so much controversy. You can be gay and be saved. It's all because of Grace.

Where Grace has responded and placed a period don't place a comma or clause designed of men or the world system. Neither place a comma designed to be a combination of the two wherein we seek to gain the favor and approval of this world system and its way of thinking. Grace is God's unearned favor, when received it produces empowerment, Grace doesn't empower the opinion of man.

Grace empowers what the Spirit has revealed in the Word of God. Where we see salvation is freely available to whosoever will receive, this doesn't equate to Grace condoning or celebrating every action and thinking pattern of men. The question asked is can one be gay and Christian not is homosexuality a sin. I have answered the question Biblically and with love and Grace.

In truth, people ask this question because inwardly they believe living a sinful life negates one from being able to receive salvation. If sin can stop one from being saved, then we are all in trouble. We all have sinned and are unworthy in and of ourselves to be saved, that's why it's all about His Grace and not our works, worth, or goodness.

The controversy that those outside of Christ stirs concerning this issue is that it is not sinful to engage in homosexuality. They are adamant on this point. They will censor any speech, cancel any presentation, or appearance, and even place in jail in some places, anyone who doesn't affirm this position.

Jesus is the person of Grace. He didn't affirm this position. He detailed only two genders from the beginning, and what constitutes marriage. Therefore there is no Grace, that is no empowering of such unions or practice.

Paul details that homosexuality is a sin throughout his Epistles. Paul also goes in-depth in Romans 1 detailing the true nature of the practice of same-sex relations. Paul details that the natural sexual use of woman is with man and man with woman.

None of these truths are presented as harsh and wrathful anger against anyone. They describe the actions that are sinful. They don't stop there. They give the remedy, and the answer is Jesus.

In order to walk in victory, we must have our thinking renewed to Christ's thinking. God Almighty spoke through the Prophet Isaiah concerning His mercy, revealing a powerful truth we must all grasp. For my thoughts are not your thoughts.

We have to come to the place where our thinking is renewed to His thinking. Our thoughts are birthed from our own sense of "justice" and how things should be. Our thoughts are conformed to the world system when we align with them and when we look to them for wisdom and "truth."  When our way of thinking takes precedence then we aren't living with a renewed mind but a conformed mind.

The unrenewed mind seeks for God to follow it. It is not interested or invested in following God. To follow God means to embrace whatever He says concerning any subject, to forsake the status quo, to stand out from the crowd, and affirm His view not what others believe or think.

We can conform to the age. We can seek the approval of man. We can ignore what God plainly says and embrace what modern man says about it instead.

We can say the whole Wives submit to your husbands, husbands love your wife and lay down your life for her, marriage is between a man and a woman, and sexual relations before marriage is sinful, hey we don't like those passages. We choose to reject them. Let's either ignore them or dream up a new interpretation for those passages that make us feel better and are approved of men.

In summation, God is loving and Good to all. His invitation is there for whosoever may come. There is nothing hindering His Love and Grace and salvation. Can one be gay and be saved? Yes, it's all by Grace. Does that mean being gay isn't a sin? No, it doesn't. The Word is clear it is sinful and contrary to God's design for mankind. Does that mean God is angry? No, God is satisfied with Jesus' redemptive work. It just means you're living contrary to His will and He has better for you. Renew your mind to God's Word and find victory, the complete victory Grace procured. God is not mad at you. God loves you.

Image by Albrecht Fietz from Pixabay